When General Wesley Clark, years and years ago, has spoken about the famous list of seven Middle Eastern countries to be demolished in five consecutive years, he has done nothing but remark, for the last time, if there was any need, Washington's willingness to redesign the Middle East within a more general framework of global domination. With Russia that stubbornly remaining afloat despite the profound post-Cold War existential crisis and the Yeltsin presidencies and continuing unabated to sell gas and oil to the rest of the world, the United States, prisoners of the grip of their neocons, had to necessarily take possession of the countries of the Arab world and of the neighboring North Africa so as to be able to control the local oil supply routes and then launch the definitive attack on their enemy par excellence. 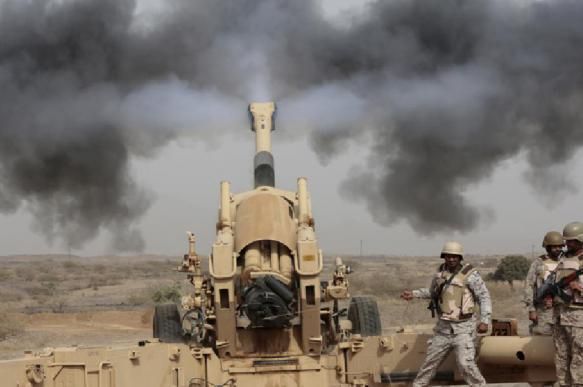 The peoples of Egypt, Tunisia, Libya, Syria, Lebanon, Yemen and Iran were therefore trampled so that the destruction of Russia could take place, which would have gone from being a united and sovereign country to a western protectorate divided into at least three parts. This would have been the final move of the Brzezinski doctrine.

However, something has definitely gone wrong: of the seven countries in question, only Tunisia has been subverted quickly, completely and essentially without blood.

Gaddafi's Libya resisted alone in 2011 for almost nine months, costing NATO and the United States a considerable war effort. Even now, although destroyed and with the Colonel brutally killed, it is far from being a peaceful country and under the full control of the West.

Al Sisi's Egypt has literally reversed the "Arab spring" by which it was invested, eliminating the puppets of Washington and London from their positions of command and even approaching Moscow.

Syria has proved to be an even tougher bone, resisting for eight years the attack that the West has waged against it and thus allowing Lebanon to save itself from dissolution. It still resists now: Moscow has sent men and hardware succeeding with little effort both to preserve Damascus and to maintain its two historical bases in the Syrian territory. The Russians have given the world a strict lesson in tactics and strategy and have returned to the world stage as protagonists. It was clearly seen, to the point of mortgaging Turkey's membership of NATO although its president, that Recep Tayyip Erdoğan (who was and is still is now one of the great enthusiasts of the war against Syria) is a character to be decisively taken with pliers.

Iran has remained intact, united and sovereign. Despite the impressive campaign of economic sanctions against it. Despite the longer and more inhuman embargo after the one against Cuba and North Korea. Despite threats of attack and invasion. Despite the recurring attempts at a "colored revolution". Despite Trump's US unilateral withdrawal from the nuclear deal, a withdrawal that left not only the Iranians appalled but also the Russians and the European countries that had called themselves the guarantors of the agreement. Maybe Trump paid his personal debt to the Jewish lobby that helped him to save himself from the Russiagate or maybe not. The reasons for the American withdrawal from the agreement are of little importance, since the agreement itself from the real beginning has been a well-conceived trap against Tehran. Even now in Syria the Iranian Pasdaran, the Al-Quds forces of the exceptional general Soleimani, are fighting. It is the soldiers of the Persia of the ayatollahs who have spared the Russians the heavy losses of men that Moscow would have suffered if it had sent its infantry against the jihadists employed by the West.

With Libya reduced to the chaotic condition of a civil war of all against all, Syria that slowly but evidently was heading for victory against its enemies and Iran that extended its influence far beyond simple regional borders, in Washington someone, drugged of poker, thought it was appropriate to raise, sparking a proxy war against the Yemeni population. This did not work either, and the war, which was mainly contracted to Saudi Arabia, first got bogged down in a conflict of mere resistance by the Yemenis against the Saudis and their local quarrels, then took on the features of a counteroffensive directly on the enemy's territory.

The Shiite Houthi of Yemen, allies of the Iranians, have once again shown that they are not an easy target. The recent attack on the Saudi oil installations of Abqaiq and Kharais carried out with a flock of drones and perhaps precision missiles launched by the Yemeni territory has suddenly halved Saudi's daily production and has made it clear once more at the House of the Saud that its territory is not inviolable.

Not only that: it has shown the whole world how much it would be unwise to attack Iran, since neither Riyadh nor Washington are able to defend the thousands of kilometers of pipelines that cross the deserts of Saudi Arabia just when the strait of Hormuz would be completely blocked by the war against Tehran.

How much would a barrel of oil cost with Venezuela unable to sell its oil, the countries of North Africa out of the game and Saudi production wiped out by the war? A price too high for the stability of the world.

Richard Black, Virginia state Senator, is among the few western politicians to whom the brain still runs fine and who maintains a natural sense of honor. Always opposed to the war against Syria, a few hours ago he declared:

"Saudis tried using cruel bombardment to install a puppet regime in Yemen.  They thought they could muscle the poor Houthi tribesmen, but they were wrong. The dramatic success of their attack on Saudi oil production is a huge victory for the Houthis of Yemen and a huge loss for Saudi Arabia's Prince Mohammad bin Salman."

We can say that it is a mistake in which not only the Saudis have fallen, but also the Americans. Black then continued:

"The U.S. has backed Saudi Arabia's losing ventures. Cut them loose now and end America's brutal war against the people of Yemen. Saudis suffer massive PR hit on verge of Aramco IPO.  Half of Saudi daily oil production knocked out by 10 Houthi drones.  Saudis spread cholera among the Houthis by bombing water purification plants.  They thought Yemen's Houthi tribesmen would fold under pressure of disease and famine, but they did not.  Saudi Arabian oil production will be at risk from this point forward.  If they were wise, they would make peace with the Houthis quickly.  They've lost the war and just don't know it."

"The Houthi of Yemen are like steel: they bend, but they don't break."

The point is just this: Black understands what the Saudis seem unable to understand. And with them, their sponsors in Washington. Richard Black is perhaps one of the last American patriots, a defender of those traditional American values ​​that were overwhelmed well before 9/11, precisely by those people who from 9/11 onwards shouted loudly to want to defend them.

The future is unknown but the warning that the Houthis and their Iranian allies have launched to the Saudis and the rest of the world is very clear and definite. It is up to Washington and the Western chancelleries not to underestimate it.