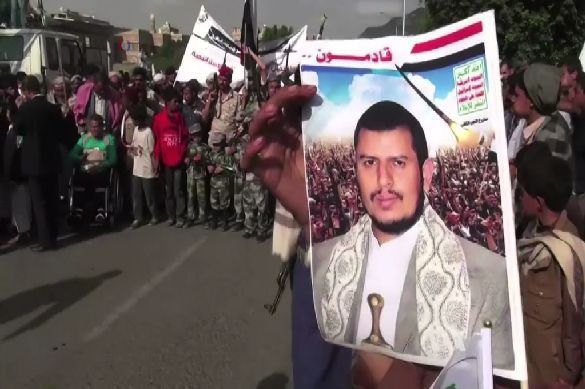 There's nothing civil about war in Yemen. It's Washington's war, waged by Bush/Cheney, Obama, and now Trump - Saudis partnered with the US for their own strategic interests.

They want pro-Western puppet Abd Rabbu Mansour Hadi restored to power. Along with the US, Riyadh seeks control of the country, its oil, and a pipeline from the kingdom to a Yemeni port.

Yemeni Houthis have had great success in striking Saudi targets with missiles and drones. They've captured, damaged, or destroyed kingdom military bases near the border between both countries.

Saudi tankers, airports, and other infrastructure were attacked, causing casualties and damage. In August, Riyadh's King Khalid airbase and Abha and Najran airports were struck.

Saudi oil fields are vulnerable to attack, the country's economic lifeline, the source of its super-wealth and US-led Western support.

In mid-August, Houthi drones struck the kingdom's Shaybah oil field near the UAE border. Located about 750 miles from Houthi-controlled territory, it produces about a million barrels of oil daily.

A Houthi video said 10 explosive-laden drones conducted the attack, calling it their "biggest-ever" operation, threatening more of the same to come.

Houthi missiles and drones have notably been able to penetrate Saudi defenses, striking strategic targets in the kingdom.

Military commander Yahya Serai vowed to "expand the operations against the Saudi regime in the future."

RT reported the following: Houthi "drones targeted a refinery in the city of Abqaiq in the kingdom's oil-rich Eastern Province, which state-run giant Aramco describes as the world's largest oil processing plant, and a refinery at the vast Khurais oil field, around 150km from Riyadh."

A Houthi spokesman said "(w)e  promise the Saudi regime that our future operations will expand and be more painful as long as its aggression and siege continue."

The simple way is by ending its aggression, lifting the blockade, and urging the US to halt years of war - responsible for the world's gravest humanitarian crisis.

In August, the UAE pulled out of the US/Saudi coalition. Its warplanes bombed Riyadh's Yemeni proxies in the port city of Aden and surrounding areas.

Houthi attacks on Saudi targets are taking their toll. The latest on Saturday showed the kingdom's crown jewels are vulnerable to be struck.

Is Riyadh getting war-weary? Fighting won't end as long as US dark forces want it continued.