War in Syria over?

War in Syria Over?

“The war in Syria has really come to an end. The country is gradually returning to a normal, peaceful life,” adding:

“Some hotspots of tensions remain in the territories that are not controlled by the Syrian government, such as Idlib and the eastern bank of the Euphrates.”

Northern and southern Syria are US occupied territory. Numerous Pentagon bases control about 30% of the country — used as platforms for endless war in its ninth year, resolution unattainable because dark forces running things in Washington reject the idea.

The US came to all its war theaters to stay, permanent occupation planned directly and/or through installed puppet regimes.

On Thursday, Putin and Netanyahu met in Sochi, Russia’s president saying the following:

“We stressed, emphasized, the need – and here the Israelis fully agree with us (sic) – to ensure real, in practice, not only in words, respect for the sovereignty and territorial integrity of the Syrian Arab Republic,” adding:

“And in this sense, we (sic) on our part highlighted the issues of assisting the Syrian authorities and the Syrians on the whole in their returning to peaceful life.”

Netanyahu told Putin he’ll act freely against what he called an Iranian threat in Syria — that doesn’t exist.

He falsely said “there has been a serious increase in attempts by Iran to hit Israel from Syria and to place there precision missiles to use against us” — the remark part of his pre-election fear-mongering campaign.

Haaretz slammed what it called a “nasty, racist campaign that will go down in Israel’s history” — the nation “mired deep in a political and constitutional nightmare.”

Netanyahu threatened war on Gaza, saying: “There will be an operation, but I will not embark on it a moment before we are ready…(T)here apparently will be no choice but to topple Hamas.”

His vow “provoked a sharply negative reaction in the Arab world…We share the concern about such plans…whose implementation could lead to a sharp escalation of tension in the region and undermine hopes for a long-awaited peace between Israel and its Arab neighbors.”

Is Lavrov right about war in Syria ending? Current headlines dispute him, some examples:

Fars News: “Thousands of Terrorists Deployed to Borders with Turkey at Al-Jolani’s Order for Battle with Syrian Army”

Pentagon and CIA operatives continue arming, funding, and training jihadists at US bases in Syria, deploying them to parts of the country to attack government forces and civilians.

She ignored Pentagon-led terror-bombing, responsible for mass slaughter and destruction since 2014.

Syria is Washington’s war, launched by the Obama regime, escalated by Trump hardliners.

It continues raging in parts of the country, resolution nowhere in sight. 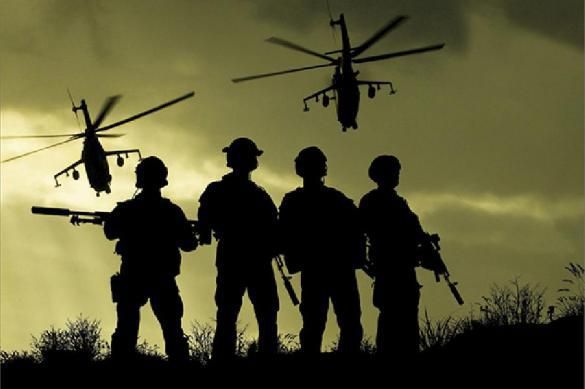 Topics syria
18:30
Kremlin calls Johnson "Freud's dream" after his words about Putin
17:50
Zelensky's office names the amount of money Ukraine needs to restore its economy
17:20
Zelensky compares NATO to policy to old turnstiles in the Kyiv subway
16:45
NATO officially names Russia the main threat to its security
15:05
German Chancellor Scholz grins to question of security guarantees for Ukraine
20:00
USA bans Russian gold
19:56
USA sanctions Russian defence officials and TV presenter
18:56
Expert names the two reasons why Zelensky wants to end the conflict before winter
18:11
Russia published images of the decision-making centres in the US and Europe
18:00
Poland: 'Enemy' is too beautiful a word, but we should not call Russia so
Europe
Norway's latest act may force Russia to revise Svalbard sovereignty