The Myth of an Iranian Nuclear Threat

The Myth of an Iranian Nuclear Threat 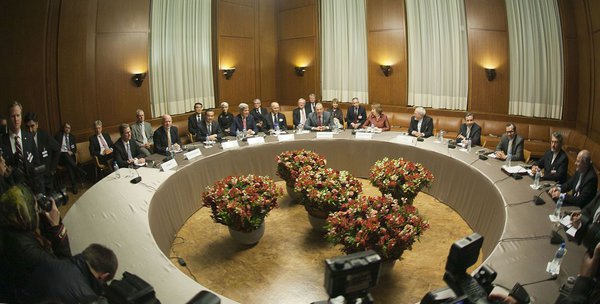 The Islamic Republic of Iran never attacked another nation, threatens none, never did, except to warn of harsh retaliation if attacked - its legal right under international law.

The Jewish state has been nuclear armed and dangerous for decades, its major threat ignored in the West.

On August 31, the Middle East Monitor quoted Netanyahu threatening to "wipe out" Israel's enemies - standing next to the country's Dimona nuclear reactor.

Not a shred of credible evidence suggests Iran aims to develop nukes. Its legitimate nuclear program with no military component is the world's most heavily monitored, its ruling authorities fully cooperating with IAEA inspectors.

They're prohibited from getting anywhere near US and Israeli nuclear bomb facilities - despite both countries and NATO posing a major threat to world peace, stability, and humanity's survival.

It's incrementally rolling back some of its voluntary JCPOA commitments - permitted under the deal if other signatories fail to observe theirs.

IAEA monitors affirmed Iran's compliance with its JCPOA obligations 15 or more times. It's been increasing its uranium enrichment up to a 20% level - far below highly enriched 90% purity required for nuclear weapons development.

According to World Nuclear. org, about 90% of highly enriched weapons-grade uranium is located in the US, Russia, Britain, France and China - none in Iran.

The 1970 NPT bans all UN member states from developing and producing nuclear weapons except for the above five countries - while committing them to eventually eliminate their arsenals.

Obama and Trump pledged to spend more than $1 trillion over several decades to strengthen and upgrade the nation's nuclear weapons capabilities, sparking an arms race - talking peace while waging endless wars of aggression against nonbelligerent/invented enemies. No real ones exist

In April 2009, Obama described that he called "America's commitment to seek the peace and security of a world without nuclear weapons."

He later vowed to greatly enhance the US arsenal, and bragged about terror-bombing seven countries, waging war in multiple theaters throughout his tenure.

Surrounded by neocon hardliners in charge of his geopolitical agenda, Trump operates the same way.

The NPT considers uranium enrichment for peaceful purposes the right of all nations, no limit placed on it as long as non-military development alone is pursued - clearly what Iran's program is all about.

False claims otherwise have always been and remain red herring cover for Washington's longstanding aim to transform the Islamic Republic into another US vassal state, along with gaining control over its vast hydrocarbon resources.

Iran may enrich uranium to a 20% level if European JCPOA breaches continue, way below a 90% level required to produce nukes.

In July, IAEA inspectors said Tehran increased uranium enrichment to 4.5% purity. Key is that no evidence suggests its ruling authorities seek nukes, just the opposite, abhorring these weapons, wanting them eliminated everywhere.

IAEA inspectors have full access to Iranian nuclear facilities. Since the JCPOA became effective in January 2016, they repeatedly confirmed Tehran's compliance with its provisions, stressing no evidence indicating it seeks to develop nukes.

"IAEA Acting Director General going to Iran just as IAEA informs its Board that #Iran may be concealing nuclear material and/or activities. We join with other @iaeaorg Board member states eager to get a full report as soon as possible."

No evidence suggests Iran is concealing anything about its legitimate nuclear program, confirmed time and again by IAEA inspectors.

On Sunday, Kamalvandi said "(w)e have practically reached the end regarding the (JCPOA's) technical aspect. Except for Fordow and consumed fuel, there is no other issue left," adding:

"The other side has finally grasped the seriousness of the Islamic Republic of Iran, and as such, we expect them to cast aside their doubts and uncertainties, because our messages have been clear and strong."

Steps taken by Iran are reversible if Britain, France, German, and the EU fulfill their JCPOA obligations - what they failed to do since Trump's unlawful May 2018 pullout from the agreement based on Big Lies.

"Iran announced it will violate all limits on nuclear research and development (sic). The fact that Iran retains massive uranium enrichment capacity reveals a core weakness of the Iran deal (sic)."

"We are confident that the UK, France, and Germany - indeed, all civilized nations (sic) - will take decisive actions to stop Iran's nuclear extortion (sic).

Is it violating a UN resolution & punishing anyone observing it?

Offering bribes for theft of oil & designating those who refuse?

Maybe it's demanding Iran's submission or its people starve?

Is it lawful remedial measures under JCPOA?"

The US consistently and repeated blames other nations for its own unlawful practices.

Its hegemonic aims pose an unparalleled threat to everyone everywhere.