Another US Great Recession Coming?

Another US Great Recession Coming? 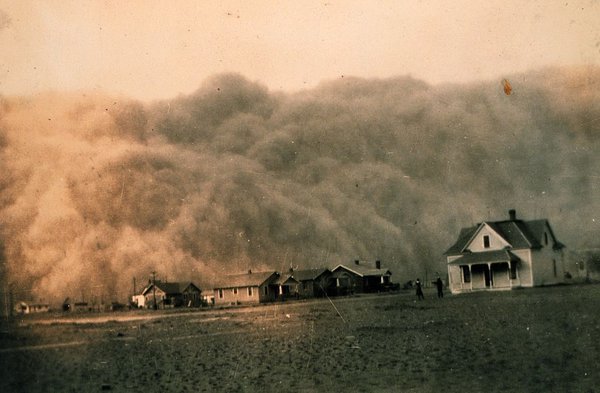 Hindsight is the best foresight, so clarity will arrive as events unfold.

For the vast majority of ordinary Americans, the 2008-09 great recession never ended.

Real unemployment is around 21%, based on how numbers were calculated in the 1980s.

The so-called U-3 headlined unemployment number omits individuals without jobs who want them, including many longterm unemployed ones not looking after months of failure to find work.

These are real people struggling to get by. Most working Americans hold low-wage, poor-or-no benefit temporary or part-time service jobs.

Already living in poverty or bordering it, they're one or a few missed paychecks away from possible homelessness, hunger and despair - the world's richest nation uncaring about their dire straights.

Its policymakers serve privileged interests exclusively at the expense of the rights and welfare of most others - what the scourge of neoliberal harshness is all about.

On August 29, he reported the following:

Q II 2019 GDP was revised lower to 2.04%. "Manufacturing and oil and gas production are in decline."

"Real new orders are in their worst contraction since the (2008-09) great recession."

Construction spending fell to its lowest level since that period, the same true for freight activity.

Economic growth depends on productive investments, creating jobs, absent in the US, its industrial base and other high-paying jobs offshored to low-wage countries.

Tax cuts for the rich widened the wealth gap to extremes not seen since the roaring 20s and earlier age of the robber barons.

It did little or nothing to benefit ordinary Americans, the nation in decline, thirdworldized for most of its people, things worsening, not improving.

Another great recession will hit them harder - while the nation's privileged class never had things better, able to ride out economic storms when arrive.

Corporate earnings are "rolling over." Weakening economic data suggest "a significant growth turndown right now in the US economy," adding:

"(E)arnings estimates are coming down and the stock market is just rocking and rolling."

Trump's trade war with China made things worse. On September 1, new 15% tariffs took effect on $112 billion worth of Chinese imports - including consumer products, making them more costly to buyers.

On December 15, US tariffs are coming on all remaining Chinese goods. According to JP Morgan Chase, tariffs imposed on September 1 will cost the average US household an extra $1,000 annually.

Numerous US companies and industry groups voiced strong opposition to Trump's tariffs war. He slammed them, saying they're "badly run and weak," using tariffs as an excuse for bad management.

Likely making enemies in corporate boardrooms by his arrogance, he maintains the myth that China is paying for US tariffs. They're hitting US business and consumers.

Forbes magazine said most economists predict that "the next recession could be deeper and more severe than the previous one in light of the fact that business and household debts are at higher levels than they were prior to the Great Recession of 2007-09, a global trade war is ramping up, and there's been a significant increase in the federal debt."

Economist David Stockman believes Fed interest rate cuts and QE will be "no match" for the coming recession.

The yield curve is an important indicator of future economic activity. When the spread between US 3-month Treasury notes and 10-year bonds inverts for at least three consecutive months, recession follows every time - according to the historical record.

"We now have had three months of a 3-mo/10-yr yield curve inversion. The track record this has had in predicting recessions: 100%."

It's likely coming, hindsight will tell when - maybe later this year or some time in 2020, its strength and duration to be known after the fact.

Escalating trade war with China showing no signs of easing, increases the chance for economic downturn, maybe something stiff and protracted.

In late August, the US Bureau of Labor Statistics (BLS) reported that the 2018-19 period ending in March produced 501,000 fewer nonfarm jobs than initially reported - a 20% downward revision from 2.496 million to 1.995 million.

It's the largest downward revision since the 2008/09 great recession's waning stages.

Payroll growth was downwardly revised from 1.69% to 1.35%, the weakest figure since the great recession, John Williams reported.

The data is further proof that tax cuts don't stimulate jobs creation, a myth maintained by Trump and others around him.

Economist Jack Rasmus explained another myth. Adjusted for inflation and other factors, wage gains have been minimal, stagnant or falling for US workers, "not rising 3.1%," adding:

"A survey by the finance site Bankrate.com found that 'more than 60% of Americans said they didn't get a pay raise or get a better-paying job in the last 12 months.' "

Re-engineered US inflation to how it was calculated in the 1980s (by Williams) shows it exceeds 5.5%, not the phony sub-2% official number.

McKinsey Global Institute data show US "median wages have not risen at all since 2007," Rasmus reported.

Adjusted for real inflation, they've fallen, exacerbating the widening US wealth gap, have and have not economic reality in the country.

Whenever it arrives, economic recession will hit ordinary Americans hardest.

If stiff and protracted, current hard times will be much harder for most households.