So you think you want to save the world

So you think you want to save the world 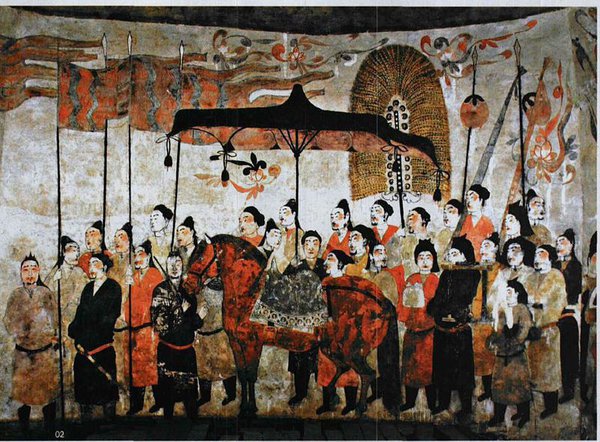 Fear not your enemies, for they can only kill you.

Fear not your friends, for they can only betray you.

Fear only the indifferent, who permit the killers and betrayers to walk safely on the earth.

Years ago, when I was younger and much more naïve, I entered the legal profession with dreams of saving the world.  To me, the court system was the ideal way to do this, since judges, on the federal level anyway, are appointed, instead of elected, and therefore do not have to mire themselves in lies and hypocrisy to solicit votes.

My awakening was quick and brutal.  As I've written in numerous other Pravda.Report articles, America's legal system will work 1000 times harder to promote and propagate injustices than it will to do justice.  (Those who doubt this need look no further than the current case of Lamar Johnson, who was recently denied a new trial by Missouri judge Elizabeth B. Hogan, despite the fact that prosecutors admitted Johnson has already served twenty-four years for a crime he didn't commit); that this system will travel millions of miles to obscure the truth, but won't even cross the street to uncover it; and that it will always ignore, defend, or cover-up the criminality of those who serve the system, while relentlessly pursuing and prosecuting anyone, guilty or innocent, who challenges it.

But, to be fair, some of my biggest frustrations came not from attorneys and individuals who were opposing me in court, but from the very clients I was trying to help.  I've had clients tell me one story, and bring in "evidence" to support it, only to later learn they were lying or concealing facts all along; clients who were ready to pursue justice "to the ends of the earth" who, just a few weeks later, wouldn't even show up for scheduled appointments; and, especially frustrating, clients who believed that every grievance or alleged wrong they suffered, no matter how minor, was automatically worth millions of dollars.  As a result, they would refuse settlement offers that were more than generous, and even accuse me of trying to force them to settle just so "I could get paid," only to receive substantially less, and sometimes nothing at all, after going to trial, which also, in their view, was my fault.

Even though I am not a religious person, and had not even thought about Biblical passages for decades, during this period of my life one such passage frequently ran through my mind:  "He saved others, but he cannot save himself," which, to more accurately fit my circumstances, I paraphrased to say, "I wanted to save others, and I couldn't even save myself."

But I knew I was not alone.  Throughout human history, the people we call "pioneers" were incessantly scorned, ridiculed, blacklisted, and even murdered for their work-work that others ultimately benefitted from.

This is why I knew that, as courageous and patriotic (despite claims to the contrary) former National Football League (NFL) quarterback Colin Kaepernick was in protesting during the national anthem to draw attention to racial injustices in America, those who opposed him would do everything to silence him, or weaken his voice, and that many of those who allegedly supported him would betray him in an instant when the price was right.

After all, the individual discussed above who "could not save himself" was betrayed by his friend Judas.  And Fred Hampton and Mark Clark, two leaders of the Black Panther Party in Illinois who were extrajudicially murdered by the Chicago Police and FBI, were betrayed by an informant named William O'Neal.

In this world of betrayal, there are several categories, and most betrayers fit easily into more than one of them; however, for clarity's sake, I will describe these categories individually.

CATEGORY ONE, THE LEECHES:  The leeches are individuals who pretend to support, and even participate in, a social movement, while actually using that movement for personal gain.  For example, when I was in law practice, I participated in a community group that worked closely with the mayor.  As it turns out, several members had no interest in promoting our group's platform, and just used it to ingratiate themselves to the mayor, and ultimately secure jobs in his office, whereupon their "support" for us immediately ceased.

CATEGORY TWO, THE USURPERS:  These are individuals who lack the courage to lead a movement themselves, but who jump on the bandwagon once the movement begins.  They then do everything in their power to undermine the original leaders, so they can hijack the movement for themselves.  An excellent example of this is Malcolm Jenkins and the NFL "Players Coalition," who claimed to support Kaepernick until such time as the league, that was actively blacklisting Kaepernick for his activism, agreed to throw millions of dollars their direction.

CATEGORY THREE, THE BETRAYERS:  These are individuals who feign support for a movement when it is beneficial to do so, only to betray that movement and its leaders for personal gain.  This is evident in the NFL's use of music mogul Jay-Z to promote the league's so-called "social justice" program.  Jay-Z was once an outspoken supporter of Kaepernick, wearing T-shirts with Kaepernick's name on it, and even attempting to dissuade other musicians from performing at the NFL's Super Bowl half-time show.  Now, even though Kaepernick, at the time of this writing, remains banished from the league, Jay-Z is organizing a free concert to open the NFL season, and many one-time supporters of Kaepernick are now eagerly backing Jay-Z.  And it should not be forgotten that these alleged "social justice warriors" are promoting a league that has absolutely no compunction about fielding a team whose nickname denigrates Native-Americans.

CATEGORY FOUR, THE DIVIDERS:  During the 1950s and 1960s (and some argue continuing to this day) the FBI used, often illegally, its so-called COINTELPRO operation to undermine numerous leaders and organizations in the civil rights and anti-war movements.  As is often the case in times of political upheaval, many of these groups devoted more time and energy fighting internecine struggles and/or against other groups with similar goals, than they did their common enemy.  COINTELPRO was designed to instigate and exacerbate these struggles, because those in power knew that if these groups united and worked together, meaningful change was almost a certainty.

Music mogul P-Diddy seemed to acknowledge this history when he stated, in support of the NFL's partnership with Jay-Z, that, "We, as a people, cannot be divided and conquered at this time."

NEWS FLASH, DIDDY:  What the hell do you think the predominantly white ownership of the NFL signed Jay-Z for?

For nothing more than to divide and conquer.  These owners have already seen the rift between Players Coalition supporter Jenkins and Kaepernick supporter Eric Reid (and, to no one's surprise, while Reid has denounced the NFL's duplicitous partnership with Jay-Z, Jenkins has obsequiously supported it), and how oblivious does one have to be to see how quickly numerous Kaepernick supporters jumped on the Jay-Z bandwagon, while others have rightfully recognized Jay-Z for the self-serving dupe that he is?

So, it's a little late to talk about unity now.

Kaepernick has now learned, as many throughout history have learned, that only fools try to change the world, because, unfortunately, the world doesn't want changing, and, far too often, those who you are desiring to help will be the first to stab you in the back.

But, in truth, this is what makes the actions of those seeking to change the world even more courageous and inspiring, because they know that, more often than not, they will never personally benefit from the change they helped bring about, and sometimes will not even live to see it.

As for the betrayers-well, at least it can be said that both Judas and William O'Neal felt enough remorse for their treachery that they ended their own lives.  Given their self-serving natures, I doubt that any of the betrayers of Kaepernick will ever be inclined to do the same.