The Amazon in its death throes

The Amazon in its death throes 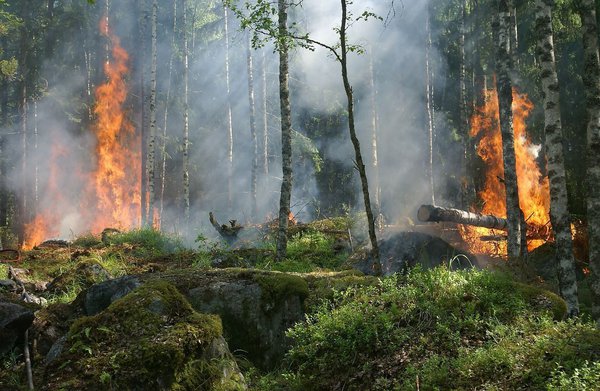 The Amazon is in its death throes and where is the mainstream media? A succession of forest and reserve fires across the state of Rondônia has caused deaths, losses and changes in the population's routine. With burns extending over several days, smoke plunged the capital, Porto Velho, in an endless cloud, while a trail of ashes and dead animals is left by the continuing spreading fire and state management remains inert.

At no point does this article want to find this entity guilty, but draw attention to an important debate: which Brazil do we want for the current and future generation? Can the greed of some who want to profit at any cost by clearing and burning to expand their areas for agribusiness, be greater than the need to breathe, have good water to drink, and consume healthy foods?

These are questions that cannot silence us.We know that the inertia in the management process in the federation states is still alarming. Many are the political positions in committees, without the evaluation of the technical criteria for the choice, which makes management processes difficult.

It is unfortunate that we do not have a good contingency plan for drought periods in certain regions where the fires are caused by arson in order to open crops for pasture and later soy cultivation.

We regret that the Brazilian state is in inertia, and let's not wonder if this scenario will continue in the coming years. There should be cooperative action between states and the Union to combat this serious environmental crisis, leaving aside party acronyms and interests to move towards a solution. That is what we want to talk about.

The Brazil we want must take care of the environment, ban the use of scarce natural resources, combat hunger and misery, promote quality education (from early grades to higher education), include debates on sustainability education and natural resources, as well as teaching the practice of good management, which seeks local, regional and international cooperation.

What do we have to do now? Wage a battle against waste, solve the problems generated by burning and improve the dialogue between people and the environment, that is, promote a rupture and establish a multidimensional ethic.

Rodrigo Berté - Director of the School of Health, Biosciences, Environment and Humanities of the Uninter International University Center. He has a postdoctoral degree in Education and Environmental Sciences.