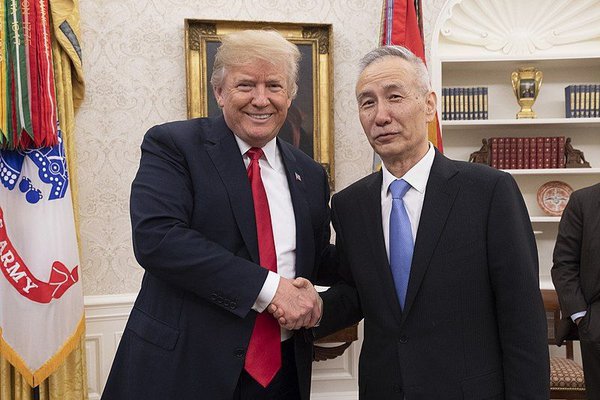 China is a major player on the world stage, geopolitical know-nothing Trump outclassed, outshined, and outwitted by its ruling authorities.

His regime's unacceptable Indo/Pacific agenda made resolving major differences with China all the harder - notably US dirty hands all over months of disruptive protests in Hong Kong, along with selling F-16 warplanes and other heavy weapons to Taiwan.

"China urges the US to fully recognize the highly sensitive and harmful nature of the relevant issue, abide by the one-China principle and the three China-US joint communiques, refrain from selling F-16 fighter jets to Taiwan and stop arms sales to and military contact with Taiwan."

The sale of 66 F-16 warplanes was approved by the White House, supported by congressional leaders.

China considers Taiwan its sovereign territory, treating it as a breakaway province to be eventually reunited with the mainland.

Since the early 1980s, one country, two systems has been official Beijing policy, part of its plan for eventual reunification of Taiwan with the mainland, the island state to be treated like Hong Kong and Macau, retaining their own administrative systems.

On January 1, 1979, the Joint Communique on the Establishment of Diplomatic Relations agreed to by Jimmy Carter and Deng Xiaoping formally established bilateral relations, ending official recognition of Taiwan, announced by Carter in December 1978.

The (1992 Consensus) one China principle affirms US recognition of one China comprised of the mainland and Taiwan.

Trump earlier said "(e)verything is under negotiation including one China," angering Beijing. Its ruling authorities consider this issue nonnegotiable.

The broadsheet slammed Washington's "Cold War mentality," aiming to "deprive China of its own development rights and to make sure China stays at the lower ends of the industry value chain."

On Monday, neocon hardliner Mike Pence said "it would be much harder for us to make a (trade) deal if something violent happens in Hong Kong."

Things have been violent for weeks, CIA and hostile to democracy National Endowment for Democracy (NED) dirty hands likely orchestrating and directing what's going on - a US color revolution attempt against Beijing through Hong Kong.

US policy toward China aims to undermine its industrial, economic, financial, and technological development, along with weakening its political influence regionally and globally.

Unacceptable Trump regime demands and action make resolving major differences all the harder, China not about to subordinate its sovereign rights to US interests - what DJT fails to grasp.

As long as Trump remains in power, heightened US/China tensions are more likely to increase than ease.

With the US economy softening, its freight shipments down eight straight months, industrial production slowing, bankruptcies rising, the inverted yield curve signaling weakness, and the Fed. Res. Bank of NY index showing a possible US recession in the next 12 months at its highest level since the 2008-09 great recession, chances are another is coming late this year or next.

Ongoing trade war with China, more US tariffs coming September 1, more likely by yearend or January, makes a global downturn all the more likely - maybe a stiff protracted one if wrongheaded US policies continue.

"His tougher approach has yielded no meaningful Chinese concessions but is increasingly damaging the US economy," adding:

He "needs to change (his) strategy radically." Based on the current trend, it seems unlikely.