Okay, I'll admit it:  I was wrong.  During the past few years, I have been asking Pravda.Report readers to boycott the National Football League (NFL) for its blacklisting (or, more accurately, "whitelisting") of Colin Kaepernick, the former NFL quarterback who, in order to draw attention to racial injustices inherent in America's racist, corrupt, and hypocritical "justice" system, had the "audacity" to kneel during the ritualistic playing of the national anthem. 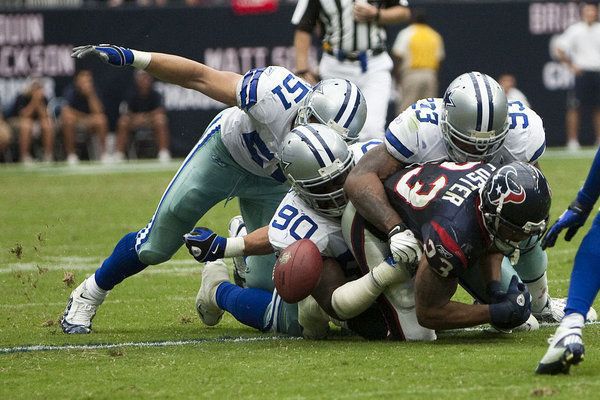 What changed my mind?  Well, there are several factors, so I've decided to list them below.

1).  I learned that the right to freedom of speech only applies to white supremacists.  I'll admit that I wasn't aware of this until I began watching America's favorite white supremacist network, Faux News, when one of its  "pundits," Laura Ingraham, expressed outrage that several prominent "right-wing" figures had been banned from some social media outlets, including Paul Nehlen, who, according to the HuffPost, is "so racist and anti-Semitic that he was kicked off of Twitter and Gab."  And, if that isn't enough, even one of the most corrupt cabals of politicians in the United States, Wisconsin Republican legislators, (who by the way, forced the removal of Kaepernick's name from a resolution honoring African-American leaders during Black History Month) disavowed Nehlen, stating that he had "no place in the Republican Party"-a strange sentiment given that this party is packed with sycophants lined up on their hands-and-knees in their eagerness to kiss the posterior of America's racist-in-chief: Donald Trump.

Of course, there was predictable outrage against Ingraham over Nehlen's inclusion in her listing of the "banned," prompting Faux News to issue a statement, a portion of which reads, "Anyone who watches Laura's show knows she is a fierce protector of freedom of speech and the intent of the segment was to highlight the growing trend of unilateral censorship in America."

Yet this alleged respect for "freedom of speech" apparently does not extend to athletes who speak out against racial injustice, whom Ingraham asserted should just "shut up and dribble."

2).  I learned that only white billionaires are permitted to have political views.  "There is no place for politics in sports" became the mantra during and after Kaepernick's protests.  But omitted from this mantra was an unspoken caveat: "Unless you are rich, white, and supporting white supremacists."  In the wake of two mass shootings, Miami Dolphins owner Stephen Ross is fundraising to support the reelection of white supremacist deity Trump.  Yes, the same Stephen Ross who hosts a foundation supposedly dedicated, according to the Washington Post, to "eliminating racial discrimination and championing social justice reforms."

To defend his actions, Ross stated that he agrees with Trump on some issues, and "strongly" disagrees with him on others.  But isn't this analogous to raising money for the confederate army during America's civil war while claiming to oppose slavery?

But Ross is not the only NFL owner or executive who should be enshrined in the "Hypocrites Hall of Fame."  Others who have donated to and/or supported Trump are New England Patriots owner, and "massage parlor" patron, Robert Kraft; Dallas Cowboys owner Jerry Jones, who warned that players on his team would have to "toe the line" when it came to standing for the anthem, yet who couldn't be bothered to take his hat off when the anthem was playing prior to a Cowboys practice. (In reality, Jones was fortunate all he suffered was being exposed as a hypocrite, because, recently, a so-called "patriot" seriously injured a thirteen-year-old boy who had failed to remove his hat during the playing of the anthem.  Apparently, in today's America, a replaceable piece of cloth and a song written by a slaveowner is more important than a child's life); Daniel Snyder, who is quick to smell even the slightest scent of alleged "anti-Semitism" when he is criticized, but who calls the nickname of his Washington D.C. team-a racist opprobrium often directed against Native-Americans-a term of "honor" and "respect"; and the late owner of the Houston Texans Robert McNair, who equated player protests against racial injustice as "inmates running the prison," which perhaps expresses the most accurate view of how these white owners view the NFL and its players.

In the world of the NFL, this formula is equally simple:  Protesting against racial injustice is bad, but driving players to suicide through repeated concussions, embracing domestic abusers, showing blissful unconcern about players who disseminate racist statements, and signing players who request that mortuaries behead their deceased parents are good.

This is why the NFL is making a concerted effort to describe Nick Bosa, who disseminated those statements, as a "good teammate," why Trump urged him to "always stay true to yourself" (a sentiment that, unsurprisingly, he didn't extend to Kaepernick), and also why Trump did not hesitate to congratulate Bosa for being signed (he was drafted second), but failed to congratulate the first round draft pick, an African-American player named Kyler Murray.  This is also why the league is so eager to give Richie Incognito numerous chances, even after he threatened to shoot funeral home employees and demanded that they cut off his late father's head.

This is also why the NFL's so-called "Rooney Rule," which requires NFL teams to  consider minority candidates for General Manager or Head Coaching jobs, carries, according to NFL analyst Mike Freeman (Bleacher Report, June 12, 2019),"as little value as the paper it was written on."

So, is there any wonder why NFL owners and executives consider Kaepernick a "distraction" that deserves to be "whitelisted," even though he was viewed positively by his teammates on the San Francisco 49ers and given that team's prestigious Len Eshmont award, which, according to the 49ers website, "best exemplifies the inspirational and courageous play" of its namesake.

And let's not forget that, even as the media is denouncing the racist political rhetoric that many believe led to the tragic mass shooting in El Paso, Texas, it is already obsequiously fawning over the NFL-one of the most powerful enablers of white supremacy in the United States.  Let us also not forget that corporations and major media outlets will pour millions into this league, while at the same time hypocritically spewing messages of "unity" and "social justice."

So enjoy the season my friends.  And just remember that every minute you spend watching the NFL, and every dollar you spend supporting it, its products, and/or its sponsors will help support the growth of white supremacy, and the silencing of those who condemn it, in the United States.