Trump and his minions are preparing to kill millions

Trump and his minions are preparing to kill millions 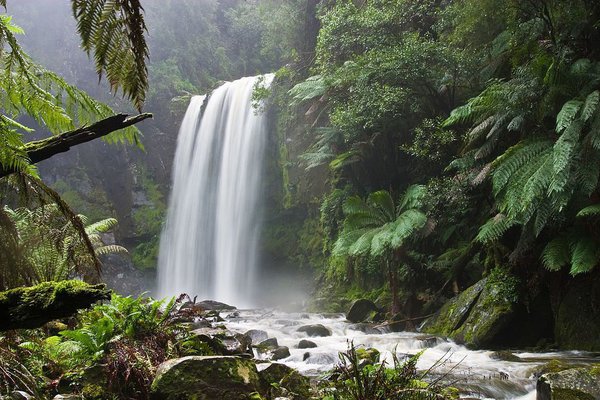 Opinion: When I was practicing law, I often had clients come in and say, "I need a will and I want my children to inherit my assets in equal shares."

A seemingly simple request, and, more often than not, it was assumed that, in a matter of minutes, I would hand them a freshly prepared will ready for their signature.

But then my questions came:  Who is going to administer your will?  What if he/she refuses or is unable to do so? If one of your children dies before you, who gets his/her share? What if all your heirs die at or near the same time, like in an airplane crash?

And, depending on the complexity of the will, this list could go on.

The point being that, while clients were viewing the creation of a will from a "best case" scenario, attorneys could potentially face malpractice allegations, and even disbarment, if they failed to consider "worst case" scenarios.

But the disbarment of an attorney, while personally devastating to him/her, pales in comparison to the worst case scenario the world faces if it fails, or refuses (as in the case of Donald Trump), to take action to change or reduce activities that are contributing to climate change.

As many climate change activists are correct to point out, there is no "Planet B" for the world's population to move to should Earth become uninhabitable.  So, it would seem like common sense for the world's leaders to treat global warming as if it does exist, instead of as if it doesn't.

What is this worst-case scenario?  Roughly a century ago, the world's population was around two billion.  Today it is 7.7 billion.  Yet the Earth hasn't magically expanded to accommodate this growth, meaning that lands once used by wildlife and for agricultural purposes are now being used for housing for this growing population.  As these lands shrink and the population increases, the demand for food and water rises, and the world must also accommodate the waste humans produce daily.

Some may argue that water isn't going to be a problem if global warming is real, since the ice from both the North and South Poles, as well as the glaciers, will melt, flooding a significant portion of now occupied land.

But global warming will not just result in flooding, but also evaporation.  This means that small creeks, streams, rivers, ponds, and lakes used by both humans and wildlife will dry up.  While humans might have the luxury of moving from these areas, wildlife will not be so fortunate, because, if they are driven to seek water in areas occupied by humans, they run the risk of being killed as nuisances, but if they remain where they are, they will die of dehydration or starvation.

Several years ago, I recall a politician asking, after a building project had been canceled due to the risks it posed to an endangered species, "Do we really need to save every subspecies?"  The question this politician, and those like him, should be asked in response is, "Who can state with any certainty which species can be "safely" driven to extinction?"

The truth is everybody is aware of the "food chain," but nobody is aware of what extinction will cause this chain to break.  The fact that humans do not exploit the meat, skin, bones, or other parts of certain animals does not mean that those animals do not provide food or protection to other species.

Instead you have the ignorance of poachers killing endangered animals because a small portion of that animal's body is an ingredient in some fanciful "folk remedy," and you have so-called "trophy hunters" believing that pumping bullets into animals that cannot shoot back is somehow a greater accomplishment than saving those animals for the enjoyment of future generations.

But even those who have little compassion about the extinction of animals should remember that climate change will have a detrimental impact on humans as well.  A recent Politico article discussed how a scientist with the U.S. Department of Agriculture felt compelled to resign after the Trump administration suppressed his study showing that, due to increasing air pollution, rice, a staple food for 600 million people, is losing its nutrients.

Finally, what is to blame for this willingness to risk destroying the world for future generations?  One answer may reside in different cultural and religious beliefs about the purpose of nature.  Some Eastern religions, like Taoism, believe humans should interact harmoniously with nature; therefore, if a Taoist practitioner successfully climbs Mount Everest, he/she did not "conquer" it, but befriended it.

Contrast this with the Biblical passage in Genesis that states (the wording is varied in different translations, but the message is similar), "Be fruitful, and multiply, and replenish the earth, and subdue it; and have dominion over the fish of the sea, and over the fowl of the air, and over every living thing that moveth upon the earth."

Of course, having dominion over something provides the option of using one's authority wisely and compassionately, or foolishly and selfishly.

So why have so many of the rich and powerful chosen the latter?  It can be summed up in one word:  GREED.  Too many lifestyles, particularly of the wealthy, are driven not by what they can leave for the future, but how much profit they can make today; therefore, any laws that impede their greed are anathema.

And for those who believe that America's so-called "leaders" will do what the greedy and corrupt will not:  FORGET IT.  In addition to Trump seeking to obliterate climate change from the nation's, and world's, consciousness, several rulings by America's corrupt and politicized Supreme Court have ensured that, for decades to come, plutocrats and corporations will be able to buy and sell politicians like trading cards.

If there ever was an issue where erring on the side of caution is preferable to the alternative, it is global warming.  Donald Trump, whether he and his sycophants want to acknowledge it or not, already has blood on his hands created by his racist rhetoric.  Will his "grand finale" be a legacy that results in the deaths of millions?