The dangers of symbols

The dangers of symbols 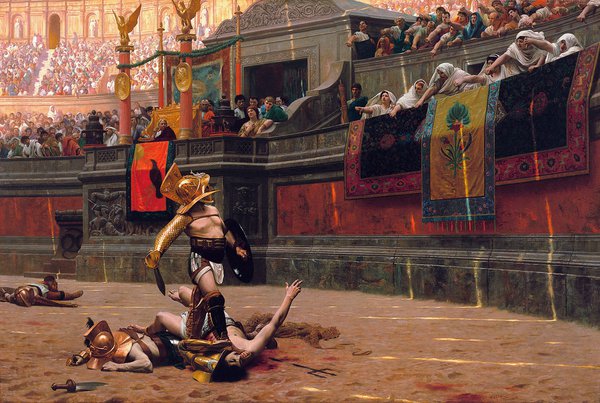 Over a decade ago, I remember reading an article that discussed why George W. Bush thought his presidency and policies were more popular than they actually were.  Whenever he traveled in a motorcade, those who supported him were permitted to line the motorcade route, while protesters were frequently relegated to side streets, where they were essentially invisible to him.  This was allegedly due to "safety" concerns.

While I will acknowledge that this segregation of protesters might have some impact in preventing impulsive violence, it fails to acknowledge one reality:  Clever people plotting to do harm to others would be foolish to draw attention to themselves by telegraphing their intentions.  In fact, they oftentimes pretend to be avid supporters, and even friends, of their intended victims.

I recalled that this theme resonated through the late folk singer Phil Ochs's song Love Me, I'm A Liberal.  Ochs noted, as many civil rights and anti-war activists did during the 1960s, that people who openly opposed them were sometimes less a threat than those who gave haphazard support only when it was expedient to do so; thus Ochs defined "liberals" as people who were "ten degrees to the left of center in good times and ten degrees to the right of center if it affects them personally."

One of the more interesting courses I taught during my teaching career was Nonverbal Communication.  While experts often disagree about what percentage of human communication is nonverbal, most do agree it is the most prominent form of communication.  This is especially true when theorists incorporate into the nonverbal category how something is said.  For example, a person can say the single word "NO" in a variety of ways:  As a question, an exclamation, loudly, softly, hesitantly, or forcefully to name a few.

One of the most potent forms of nonverbal communication is through the use of symbols.  These can be with just the use of the body, like a peace sign, or attachments to the body or one's environment, like piercings, tattoos, jewelry, furnishings, etc.

But there are two things that can be deceptive, and even dangerous, about symbolic speech.  The first is the natural inclination to believe that people using symbolic speech automatically support what a symbol represents, and/or if people do not comport to the "decorum" a certain symbol demands, then they are automatically showing contempt for what that symbol represents.

A good example often involves issues dealing with a country's flag.  I remember many people expressing outrage when Barack Obama was allegedly "caught" not wearing a flag pin on his lapel when he was running for president; when Colin Kaepernick knelt during the national anthem to protest racial injustices, particularly in America's legal system; and, more recently, when Tim Ryan failed to place his hand over his heart during the national anthem at the start of the second round of the Democratic presidential debates.

Whenever I hear or read about such "controversies," instead of condemning those who don't conform to the "decorum" of symbolic speech, I wonder how many of those who do conform truly have any sincerity behind their actions, and/or might even have an ulterior motive for doing so.  As the Supreme Court noted in the famous case of West Virginia Board of Education vs. Barnette, "Words uttered under coercion are proof of loyalty to nothing but self-interest."

The truth is that even traitors and autocrats, to conceal their treachery, can wear flag pins and/or place their hands over their hearts.  Even the vilest human beings can display religious symbols and attend places of worship.  Even the friendliest smile on another's face can conceal his/her desire to stick a dagger in your back.

In other words, it is not the outward symbol that matters, but what is inside a person's mind and heart, and to believe otherwise is to invite unscrupulous people to manipulate symbols for their own nefarious ends.

Which brings me to my second concern:  The belief that if a person is defending a symbol, he/she automatically possesses all the values that symbol represents.

I remember a few years ago, a mayor of a small town was expressing outrage that a lawsuit had been filed, under the "Establishment Clause" (often labelled "separation of church and state"), to order the removal of a Ten Commandments monument from the grounds of City Hall.  Yet this same mayor had lost a defamation suit filed against him after it was discovered that he had attached another person's name to a letter he sent to a local newspaper criticizing a police officer he had a dispute with.

In other words, this ardent "defender" of a Ten Commandments monument apparently had little regard for the commandment that one "shalt not bear false witness against thy neighbor."

So, whether symbols are religious or patriotic, it must be remembered that just because one opposes alleged "disrespect" or physical "desecration" of such symbols does not mean they automatically embrace what those symbols represent.

In today's America there is no shortage of politicians, prosecutors, and judges who, while wearing their flag pins, are zealously working to weaken, and even eradicate, the very freedoms and democracy the flag represents.  And that is the greatest desecration of all.