America and Pakistan in Search of Peace and Conflict Resolution 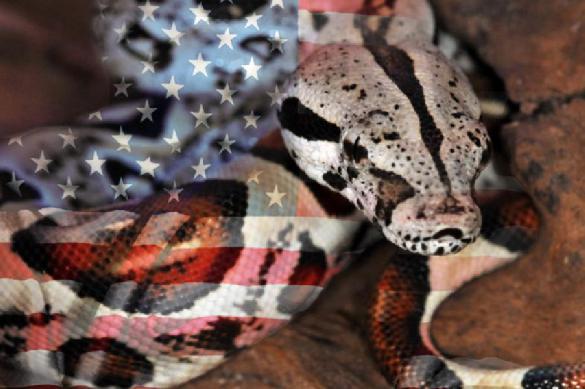 Reflections on Today's World of Politics

President Trump and young looking Pakistani Prime Minister Imran Khan met this week at the White House. Trump is master to transform rhetoric into reality as he did to North Korean leader. Both were trying to overcome the historic indifference and prejudice to bridge the ever widening gaps between the reality and perceptions of relationship. If nation's relationships are based on the simplicity of truth, wisdom, national interest and integrity, one could foresee political compromises as a virtue to foster friendship.  Trump's body language signaled some positive overtures as America looks for foes and friends to end its occupation of Afghanistan. Pakistan is central to this strategy to facilitate a peaceful and face-saving outcome for America militarism in Afghanistan. Truth is unchanging as it was in 2001 that George W. Bush - an emotionally disturbed and intellectually imbalanced president embarked on military intervention to invade Afghanistan to strengthen his standing before the American masses after the 9/11 events. Truth is the same today as it was almost two decade earlier that America and its NATO allies displaced and killed millions for no other reason except a preposterous and distorted version of warmongering against the poor and helpless people of Afghanistan who had nothing to do with the 9/11 tragedies.  When false assumptions go unchallenged, it breeds more reactionary forces to entrench in violence and destruction.

Bertrand Russell and Alfred Einstein Manifest (1955) called "a war with H bomb might possibly put an end to the human race."  In 2017, America tested the Mother of Bombs in Afghanistan as if it was an American state. This is how America and NATO destroyed the ancient and peaceful culture of Afghanistan. All wars are dreadful and end up in calamities with ripple effects for centuries to come. It is an evidence of tragic human abnormality that American, Afghan and Pakistani could not unfold humanitarian approaches to resolve the enlarged conflict in Afghanistan. Now, Trump and Imran Khan have come to understand its reality and wisdom of reciprocal forbearance that could usher a just a viable settlement in Afghanistan. But no one should underestimate the prevalent optimistic skepticism linking Pakistan and Afghanistan to a new American policy and practice for change in southwest Asia.

If America had the political, moral and intellectual capacity to honor its commitments, it could resolve the Afghan problems via a peaceful agreement with the people of Afghanistan and ensure a legitimate elected system of governance for Afghanistan. It is not the question whether Talaban or President Ashraf Ghani's party should govern Afghanistan, but the people of Afghanistan must have a participatory and final say in making the peace deal.  Rights of the people and political fairness must be the guiding principles to conclude a peace pact between the US, Pakistan and Afghanistan.  Military interventions never deliver peace and social harmony but destroy all substance that should support the societal progress and future-making.

Imran Khan should be careful to assess Pakistan's own weaknesses and strength and learn from the past as to what mistakes were made in military collaboration with the US scheme of things in the region. The USAID gimmick or the loans from the IMF are not the viable strategies for national progress and development. Pakistan must strengthen its domestic socio-economic and political productivity, advancements and integration. Its progress is a key to international cohesion and services to the neglected masses. Khan does not appear to have expertise in political change, economic productivity and nation-building. Political corruption is a cancer in the society. He should encourage and engage new generation of educated and intelligent and honest people to participate for building new public institutions, new systems of participatory governance and political accountability in all domains of affairs. Imran Khan will be wise to enlarge his circle of governance by enlisting educated and proactive visionary men of ideas and strategic experts to deliver services to the people and ensure a progressive Pakistan.

Trump to Mediate Kashmir between India and Pakistan - Will He?

As a friendly overture to softening relationship with Pakistan, Trump offered to mediate the Kashmir dispute between India and Pakistan.  Immediately, Indian PM' spokesperson denied Trump's assertion of PM Modi ever asking him to discuss Kashmir with Pakistan.  In politics, argument and rebuttals could be pondered with varied logical scales. There is a contrast between what India claims to be and what Pakistan stands for and what the people of Kashmir valley aspire for. If we imply canons of rationality, it could clarify the core of fault lines between tense relationships of India and Pakistan.  If India and Pakistan are sincere to find a cure to the overwhelming cruelty, military tyranny and violations of the basic rights of the people of Kashmir, the global community will view them as leaders of peaceful future-making

For a change, Trump has sensed the rationality of restoring normal ties between the two nuclear rivals. It could help him to gain some numbers in political popularity as he did on North Korea - an unthinkable probability making it thinkable reality for normalization of mutual relationship. Both India and Pakistan and given their competing claims cannot deny the fact that Kashmir is the focal issue to a normal future for the masses in both countries. War is madness if there are people of reason to think about the societal future and wellbeing of the people. Kashmir was never part of India even under the British Raj. In 1947 and 1949 at the UN Security Council Resolutions, the people of Kashmir were promised a referendum (plebiscite) to decide about their future whether to join India or Pakistan.  It is not the domestic territory of India or Pakistan to undo the truth about Kashmir. There is no sense to shed human blood on a precarious experiment whether India administers Kashmir or Pakistanis do. The conflict must be resolved by addressing the humanitarian problems and sufferings of the people of Kashmir. If Trump along with Russia and China could persuade both India and Pakistan to resolve the problem, it could open-up new threshold of peace and harmony in Southwest Asia.

In a changing world of global thinking and friendly relationships with others, American foreign policy experts should think critically how best they could communicate to a friend in Southwest Asia and enlist urgently needed moral and practical support to pave the ways for a peaceful settlement of the Afghanistan crisis. America is a military power but its legend of invincibility has been torn apart by small groups of fighters in Afghanistan. Much of this land of ancient tribal herdsmen is in ruins, its economy, political and civic infrastructures and productivity devastated by the insanity of war and civilian lives float between obsessed insecurity, daily bombings and extended graveyards. America cannot undo the history of its own ruthless engagement and strategic failure. This consequence is of its own failed strategy or no strategy at all, and not of the role of Pakistan or others. If American rational impulses are intact, its policy should focus on a multilateral approach including Pakistan, Iran, India, China and Russia to pool intellectual resources and work out negotiated settlements in Afghanistan and Kashmir. America needs to be rational and see the mirror of its prolonged involvement in a war that has consumed more than 4,000 lives of US soldiers and almost 15,000 wounded veterans. This is no excuse to reinforce aggression against the people of Afghanistan. America needs a safe exit from the prolonged self-engineered crisis.

Russia, China, India  and Pakistan Could Help America to Negotiate Peace in Asia

While individualism is a political trait, authoritarian absolutism is a political sickness and contrary to the principles of liberty and justice. America enjoins a moral and intellectual history of the making of the nation. "These are the times that try men's soul", wrote Thomas Paine in the Common Sense (1776), the political vision and reference for the independence of America from Britain as a nation. If global common sense is the hub of rational thoughts, America under Trump has open lines of communication with President Putin and Chinese President Xi Ping. It is rational to assume that Pakistan under PM Imran Khan could facilitate an international gathering inviting Russia, China, India and America to open a dialogue for political change and conflict resolution. This will be a magnanimous forbearance and proactive vision to dispel the notion of war and intransigence and to reshape a turbulent past, be it in Afghanistan or Kashmir and strengthen a legitimate purpose of peace, friendship and sustainable relationships without tyranny of wars and violations of human rights and dignity. Ferocity of wars and violations of human rights cannot be the intelligent hallmarks of a progressive society striving to harmonize the humanity and make sustainable peace as a reality for the future generations.