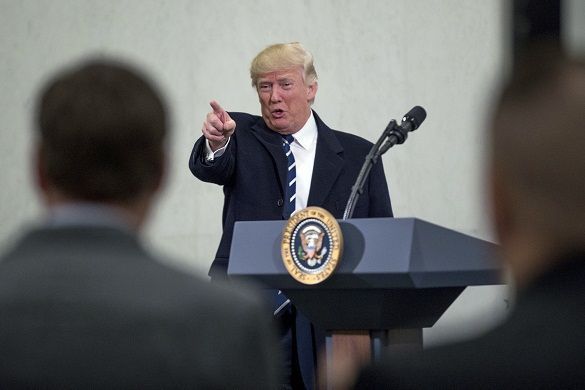 The White House under his leadership is "dysfunctional," noting that his tenure could end in "disgrace and downfall."

Last week, Darroch resigned over the furor of his leaked remarks after Trump said he'd no longer deal with him, his resignation statement, saying in part:

"The current situation is making it impossible for me to carry out my role as I would like," adding:

"Although my posting is not due to end until the end of this year, I believe in the current circumstances the responsible course is to allow the appointment of a new ambassador."

On July 13, London's Daily Mail revealed another Darroch cable, saying he believes Trump pulled out of the JCPOA over differences with Obama.

He "set upon an act of diplomatic vandalism, seemingly for ideological and personality reasons - it was Obama's deal," his May 8, 2018 cable said, the day of Trump's JCPOA withdrawal.

According to the Daily Mail, Darroch suggested that Trump's advisors were split over the JCPOA. The White House lacked a "day-after" strategy, he reportedly said, adding:

"(C)ontacts with (the) State Department...suggest no sort of plan for reaching out to partners and allies, whether in Europe or the region."

Bolton and Pompeo were likely behind convincing Trump to breach the JCPOA. If there was animosity toward Obama, it was likely a side issue.

"Given the widely reported consequences of that leak, I am satisfied that there has been damage caused to UK international relations, and there would be clear public interest in bringing the person or people responsible to justice," adding:

"I would say to the person or people who did this, the impact of what you have done is obvious. (Y)ou are now also responsible for diverting busy detectives from undertaking their core mission. You can stop this now. Turn yourself in at the earliest opportunity, explain yourself and face the consequences."

"I would advise all owners, editors and publishers of social and mainstream media not to publish leaked government documents that may already be in their possession, or which may be offered to them..."

The above is from the UK regime's police that forcibly arrested and imprisoned Julian Assange.

He's unlawfully held for extradition to the US (unless judicially blocked) for the "high crime" of truth-telling journalism the way it should be, publishing hard truths about supreme US high crimes against peace.

The US, UK, and other Western nations are increasingly totalitarian, censorship the new normal in the West.

Speech, media, and academic freedoms are threatened by their rage to control the message, wanting truth-telling news and opinion suppressed, the hallmark of totalitarian rule - on the phony pretext of protecting national security.

Loss of free expression endangers all other rights. When truth-telling and dissent are considered threats to national security, free and open societies no longer exist - the slippery slope where America and other Western societies are heading.

Leaked Darroch cables made headlines worldwide. They're minor compared to US-led NATO high crimes of war and against humanity.

It's essential for everyone to know about how their ruling authorities flagrantly breach the rule of law, public trust and welfare.