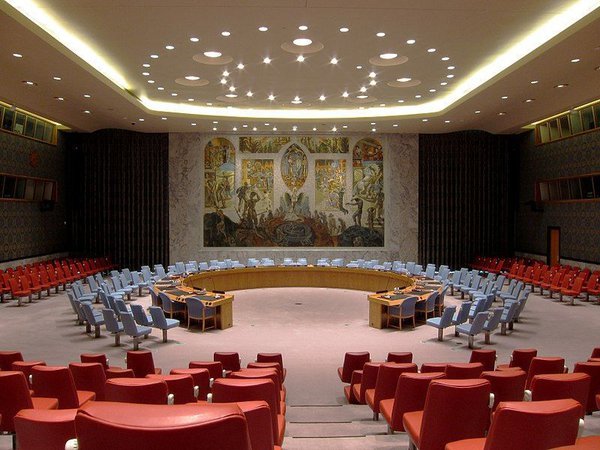 Hostile US policies toward the Islamic Republic are unrelated to the threat of it obtaining nuclear weapons no evidence suggests it ever sought or wants.

Among nations with known nuclear arsenals, North Korea alone is challenged by Washington, a nonbelligerent state, unlike nuclear armed and dangerous Israel at war with Palestinians and neighboring states.

Iran's legitimate nuclear program with no military component is the world's most heavily monitored, its ruling authorities fully cooperating with IAEA inspectors.

In contrast, the US and Israel permit no one to monitor their bomb-making facilities, these countries posing a major threat to world peace and humanity's survival.

Iran champions peace and stability, threatens no other nations, yet it's wrongfully treated like a pariah state - because of its sovereign independence, opposition to Washington's imperial agenda, and support for Palestinian rights.

Unlike the US, Britain, France, Germany, and the EU, Iran complies with its JCPOA nuclear deal obligations.

Because of European noncompliance, Tehran suspended some of its voluntary commitments as permitted under JCPOA articles 26 and 36.

IAEA monitors affirmed Iran's compliance with its JCPOA obligations 15 or more times. It's been increasing its uranium enrichment up to a 20% level - far below the 90% level required for nuclear weapons development.

No evidence suggests the Islamic Republic ever sought to develop a technology it abhors and wants eliminated everywhere.

International agreements require compliance by all its signatories. Iran, Russia, and China alone have observed their JCPOA obligations.

The Trump regime illegally pulled out. Britain, France, Germany, and the EU breached their obligations under the deal.

Iran correctly explained that no deal effectively exists if Europe abandoned it. Noncompliance by the EU renders it null and void.

Iran, Russia and China want the JCPOA preserved, stressing their commitment to the deal, requiring Europe to be on board for it to work - what hasn't been the case since Trump's May 2018 pullout.

Sanger: "...Iran seems on a pathway to step-by-step dissolution of key parts of the accord" - again ignoring noncompliance by the US and Europe.

He turned truth on its head suggesting Iran suspended some of its JCPOA commitments "to impose costs on Washington after enduring more than a year of sanctions," calling the move "risky."

US rage for toppling its government, for heading toward possible war on the country, endangering its people and the region is "risky" in the extreme.

The Times and other establishment media cheerlead Washington's imperial agenda, including its wars of aggression, its illegal sanctions, and other hostile actions against nations threatening no one.

Iran's stockpile of enriched uranium and heavy water exceeded their limits because the Trump regime banned their export.

The notion that Iran may be "getting too close to producing a bomb," according to Sanger, flies in the face of its abhorrence of these weapons.

Nor is Iran heading toward "cross(ing) (a) threshold" for producing nukes, requiring enrichment of uranium to a far greater level than it's doing.

Sanger quoted Pompeo's Big Lie, roaring: "If there is conflict, if there is war, if there is a kinetic activity, it will be because the Iranians made that choice."

All Middle East, Central Asia, and North African wars were made in the USA, supported by its imperial partners - against nonbelligerent nations threatening no one.

The Islamic Republic never attacked another country preemptively. Not a shred of evidence suggests it intends going another way - just the opposite.