NATO-backed Kosovo and its provocations against the Serbs 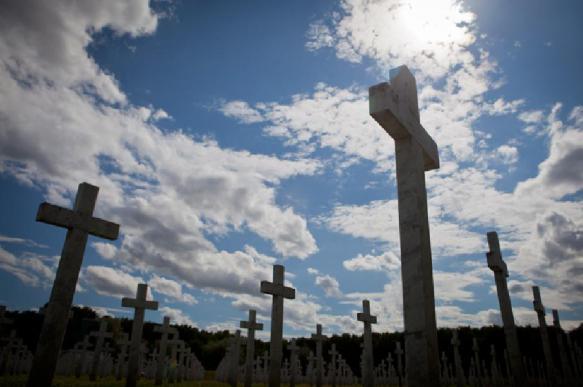 Kosovo has launched a series of actions that can easily been interpreted by the Serbian counterpart as provocations in order to raise tensions and generate an escalation of violence, possibly by provoking a reaction by Serbia.

On May 28th the Kosovo police forces invaded the northern part of Mitrovica, which is inhabited by the Serbian population, in order to arrest 23 people, including 19 police agents (11 serbs, 4 bosniaks and 4 ethnic Albanians).

Among the arrested, a Russian diplomat and member of the UN Mission in Kosovo. As a matter of fact, Mikhail Krasnoshchenkov was injured while being arrested and detained for over 24 hours before being released and moved to a Serbian medical center.

According to the authorities of Kosovo, Krasnoshchenkov and a colleague had tried to contrast the police intervention in the Serbian zone by taking part in a street barricade.

Both UNMIK and the Russian Foreign Ministry had immediately demanded their release while Russia warned that it had launched a pre-investigation probe into the "attack on a Russian UN employee", as Moscow called it.

As the mayor of northern Mitrovica, Goran Rakic, invited the Serbian citizens not to respond to the provocation from Kosovo, hundreds of people gathered in the central square to protest:

"I ask you to resist provocations that were prepared in Western kitchens. As long as Serbs will remain in Kosovo this land will be ours as well".

The government of Kosovo claimed that the operation in Serbian territory was conducted in order to arrest a criminal gang active in smuggling and bribery in collusion with police and custom agents, adding that the Serbian side was informed before operation.

However, the Serbian side replied that the operation was conducted with an excessive use of force, with police shooting against the protesters and the whole purpose was to provoke and generate and escalation of violence.

The provocations perpetrated by the authorities of Kosovo did not end there, as on May 31st they banned Serbian Prime Minister Ana Brnabic for life from entering Kosovo after accusing her of "racist comments against Kosovo Albanians" while also declaring Russian diplomat Mikhail Krasnoshchenkov persona non grata, "based on his acts against the constitutional order of Kosovo and the universal values of peace and stability", as claimed by Kosovo PM Ramush Haradinaj:"Today I asked the Foreign Ministry ... to declare the Russian citizen Mikhail Krasnoshchenkov persona non grata".

It's interesting how the provocations occurred right before the visit in Kosovo of the Secretary of the US army, Mark Esper, who visited Nato's Camp Bondsteel on June 2nd to meet with soldiers from the Hawaii, Tennessee and California National Guards, reservists from Pennsylvania and soldiers from 2nd Brigade, 10th Mountain Division.

The Army Secretary also met with US Ambassador to Kosovo, Philip Kosnett, for closed-door talks, focusing on the political situation in the area.

There are currently about 600 US soldiers deployed in Kosovo as part of Multinational Battlegroup East, one of two battlegroups that make up NATO's KFOR.

It is very likely that the Kosovo government is well aware of the ongoing strong support received by both Washington and NATO and it is trying to take advantage of the situation with a series of "demonstrations of strength" aimed against the Serbian population and authorities.

After all the US and NATO have an interest in creating a buffer zone in Kosovo to contrast what they perceive as "Russian interference". Hence, the US and NATO presence in Kosovo might go far beyond the "peace keeping objective".

However, Kosovo itself is a big paradox as it is NATO's closest ally in the western Balkans but it also has the highest number of jihadist foreign fighters in Europe in relation to population number; in fact between 350 and 400 individuals have left Kosovo to join jihadist forces in Syria and Iraq over a population of roughly 1million and 900.

Among these was notorious ISIS leader Lavdrim Muhaxheri, leader of a Balkanic jihadist group and well-known for his beheading of prisoners and killed in June 2017 during an air strike.

Strangely enough, Muhaxheri worked at KFOR's "Camp Bondsteel" (the one currently visited by the Secretary of the US army) until 2010 before being promoted and transferred to a NATO training camp in Afghanistan where he remained until 2012 when he returned to Kosovo and joined Islamist circles such as the Islamic Youth in Kacanik.

Muhaxheri arrived in Syria in 2012 and became military leader of a jihadist group linked to al-Qaeda's "Jabhat al-Nusra". He was even able to return to Kosovo in 2013 for Ramadan where he took part in the festivities organized by the Islamic Community of Kosovo in Kacanik before going back to Syriaand becoming the military leader of a Balkanic militia of the Islamic State.

Amazing, Kosovo is the land of miracles.