A rare politician: country before party

A rare politician:  country before party 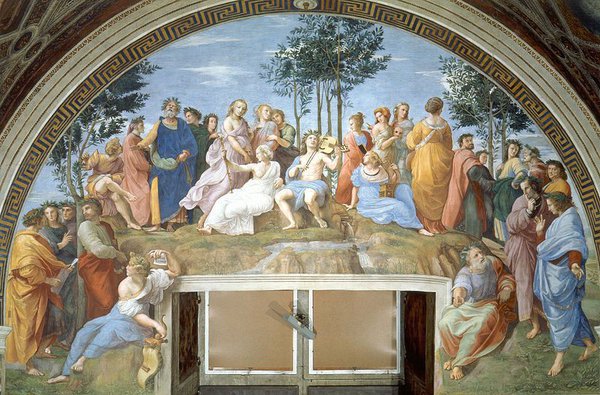 I have said it before, and I will say it again:  Politicians are some of the most venal and treacherous life forms on the planet, and perhaps even in the universe.  In America, particularly after the Supreme Court's egregious Citizens United decision, all that one needs to be "qualified" for political office is to promise favors to a bunch of wealthy "campaign contributors," and to dupe the clueless and the gullible into voting for them.

But, if the truth be told, this vileness should not be unexpected.  The very nature of politics is such that it automatically repels people with consciences and integrity.

Another sad truth is that if, by some bizarre happenstance, people with consciences and integrity did decide to run for office, they would only have a negligible chance of winning.

After all, if you honestly look at the results of most elections, you would probably need only one hand (and still not use all of your fingers) to count the number of times a politician won without attacking his/her opponent, without lying through his/her teeth, or without appealing to the worst in human nature.

So what you have is the mendacious hypocrisy of slime like Mitch McConnell, who, during Barack Obama's last year in office, blocked Obama's nominee to the United States Supreme Court by sanctimoniously proclaiming that during a presidential election year only the incoming president should be permitted to fill vacancies on this court.  Yet, when recently asked if his so-called "principle" would apply if a vacancy occurred during the 2020 presidential election year, he conveniently replied that it would not.

You also have trash like William Barr, whose nomination to the so-called "highest law enforcement position in the land" was advanced not by a desire to uphold and defend the laws of the United States, but by a willingness to sycophantically osculate Donald Trump's posterior.

And last, but certainly not least, there is (as I stated in my recent Pravda.Report article Nancy Pelosi: America's Neville Chamberlain, May 28, 2019), the cowardice of House Speaker Nancy Pelosi, who is always willing to denounce Trump's lawlessness and "cover-ups," yet unwilling to do anything about them.

But, once in a great while, there are politicians who actually take their responsibility of being "public servants" seriously, and who are willing to lose campaign contributions and weaken their chances for reelection by placing their duty to protect the United States Constitution ahead of their political party or personal ambitions.

One of those rare individuals is Republican Congressman Justin Amash of Michigan.

Recently, through a series of tweets, and a Town Hall meeting, Amash demonstrated the courage to break from his political party by stating that impeachment proceedings should be instituted against America's racist-in-chief and wannabe dictator Donald Trump.  And Amash bases his statements on a careful and complete reading of Special Counsel Robert Mueller's redacted report to Congress-a reading that, according to him, most of his colleagues have not even done.

As Amash states, "Few members of Congress even read Mueller's report; their minds were made up based on partisan affiliation-and it showed, with representatives and senators from both parties issuing definitive statements on the 448-page report's conclusions within just hours of its release."

He also condemned how Barr is zealously abusing his position to corruptly cover-up Trump's criminality:  "In comparing Barr's principal conclusions, congressional testimony, and other statements to [the] Mueller report, it is clear that Barr intended to mislead the public about Special Counsel Robert Mueller's analysis and findings," and that Barr accomplished this by "misrepresentations [that] are significant but often subtle, frequently taking the form of sleight-of-hand qualifications or logical fallacies, which he hopes people will not notice."

Amash further asserts that "contrary to Barr's portrayal, Mueller's report reveals that Trump engaged in specific actions and a pattern of behavior that meet the threshold for impeachment" and that "undoubtedly any person who is not president of the United States would be indicted on such evidence."

And, just as a reminder, Amash based these conclusions on a redacted version of the Mueller report.  This makes it abundantly clear why both Barr and Trump are refusing to turn over an unredacted version to Congress.

Amash also noted the double-standard of his colleagues, like the duplicitous Lindsey Graham, who once said that failure to comply with Congressional subpoenas (a practice Trump now routinely engages in) is an impeachable offense, and that a criminal conviction against Bill Clinton was not required to commence impeachment proceedings, because impeachment was about "restoring honor and integrity to the office [of president]."

As Amash stated, "We've witnessed members of Congress from both parties shift their views 180 degrees-on the importance of character, on the principles of obstruction of justice-depending on whether they are discussing Bill Clinton or Donald Trump."

In several recent articles, I argued how the refusal to impeach Trump would ultimately result in the weakening of the Constitutional "check-and-balance" system that was originally designed to ensure no individual or oligarchy gains too much power.

Amash agrees that, "Checks and balances relies on each branch's jealously guarding its powers and upholding its duties under the Constitution.  When loyalty to a political party or an individual trumps loyalty to the Constitution, the Rule of Law-the foundation of liberty-crumbles."

Amash further states that "Partisanship has eroded [America's] system of checks and balances," resulting in the reality that impeachment is used "so rarely that it cannot deter misconduct."

One of the reasons I write for Pravda.Report is its gracious editors frequently allow me to avoid the esoteric punditry and subdued tone that America's corporate-controlled media often demand.  In that media world, behind every political action or inaction there is supposedly a well thought out "strategy," and any sense of urgency about the consequences of such actions or inactions is diluted.

I say this to stress that there is nothing esoteric about politics and law in America today, and nothing to justify the current complacency. Trump is a criminal and Barr is a Trump lackey and an unabashed liar, and the United States Congress is allowing both of them to destroy America's democracy for future generations.

Impeachment is not an "option."  It is a necessity.

Those who doubt this, I close with Amash's words: "America's institutions depend on officials to uphold both the rules and spirit of [America's] constitutional system even when to do so is personally inconvenient or yields a politically unfavorable outcome.  [America's] Constitution is brilliant and awesome; it deserves a government to match it."