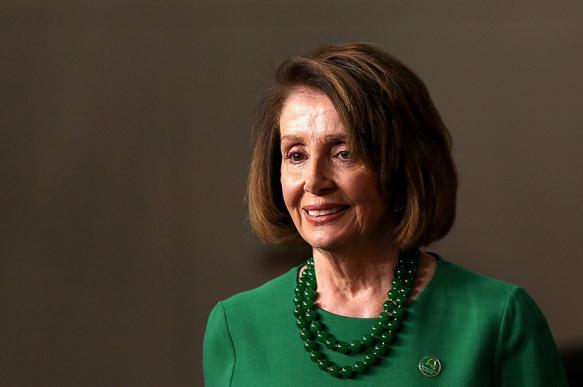 One common question students ask when told they are required to study history is, "Why do I need to learn about dead people and past events that can't be changed?"

The answer is simple:  History teaches lessons, and, if these lessons are ignored, history repeats itself.

In 1938, Neville Chamberlain, the Prime Minister of the United Kingdom, signed the now infamous "Munich Agreement," which gave the Sudetenland region of Czechoslovakia to Adolf Hitler.  The following year Hitler invaded Poland.

Prior to this invasion, Germany and the Soviet Union signed the now infamous Molotov-Ribbentrop "Non-Aggression" Pact.  Two years later, in "Operation Barbarossa," Hitler invaded the Soviet Union.  Some historians believe that Stalin's refusal to listen to spies who had learned of Hitler's intentions resulted in the needless loss of up to 20 million Soviet lives.

So, the lesson history has taught is simple:  You can never appease a fascist.

Yet that is exactly what current Speaker of the House Nancy Pelosi, and others of her ilk, are doing when dealing with America's wannabe dictator Donald Trump.

Although Pelosi is quick to pontificate about Trump being an obstructionist and/or engaging in a "cover-up," it is painfully evident that she is unwilling to do anything about it, thus facilitating, (as I argued in Pravda.Report on May 16, 2019), an America that is reaching "the brink of fascism."

Some pundits have attributed Pelosi's aversion to impeaching Trump to political expediency, claiming that she believes impeachment would be a politically unpopular move that will hurt the chances of Democrats to win the White House and both Houses of Congress in the 2020 elections.

But, as I discussed in a recent article, America's Choice: A Party of Criminals or a Party of Cowards (April 24, 2019), Pelosi's strategy is quixotic at best, and devastating to America at worst.

Trump has several months left in his presidency, and the damage he can inflict during that time is enormous.  In addition, recent history has exposed the fallacy of Pelosi's scheme.

As I said in the America's Choice article, "the Republicans did not hesitate to impeach [Bill] Clinton, even though it was politically unpopular to do so.  According to a 1999 article on CNN.com, only 'a third of the country' supported his impeachment, and more than 50% agreed with the Senate's ultimate decision to allow him to remain in office.  In addition, . . . Republican George W. Bush obtained office after Clinton, [and], until the final two years of his time in office, Bush enjoyed a Republican majority in one or both Houses of Congress . . . ."

So, let's examine what the future holds-a future that could be easily prevented absent Pelosi's "policy of appeasement."

Trump Will Be Elected to Another Term.  What Pelosi forgets is that the Republican machine, on both the state and federal levels, have instituted a system of gerrymandering and suppression laws to dilute the votes of people who traditionally vote Democrat.

Also, should the presidential election be close, Trump has a partisan United States Supreme Court eager to ensure he is illegally coronated, just as George W. Bush was in 2000.  And, by the time the 2020 election arrives, there may be one or more Trump advocates, masquerading as "justices," added to this court.

The Economy Will Collapse:  Again, history has taught this lesson with another president who also wanted to be king-Andrew Jackson.  Jackson's economic policies were designed to reward his friends, and punish his enemies, regardless of their impact on the economy.  The full brunt of this impact, however, did not occur until after Jackson left office; thus, the blame was placed on his successor, Martin Van Buren.

Which means that, on the remote chance a Democrat wins the White House in 2020, the repercussions from Trump's flawed economic policies will be blamed on him or her.

The United States Congress Will be Powerless:  Trump and his minions believe they have absolutely nothing to fear from any actions Congress might take, and Pelosi is only reinforcing this belief.

This means that for the next several months, Trump and his toady Mitch McConnell will continue to rush through the nominations of poorly qualified Trump cheerleaders to federal judgeships.

Since these judgeships are lifetime appointments, even if Pelosi's dream of Democrats winning control of Congress and/or the White House becomes reality all the legislation they pass that is contrary to Trump's agenda will simply be struck down as "unconstitutional."

The Destruction of the Environment Will Pass the Point of No Return.  For a man who purports to love "free speech," as long as the speaker is saying what he wants to hear, Trump has been especially active in silencing talk within his administration about climate change and has demonstrated a willingness to weaken current environmental laws and protections of environmental landmarks to further enrich his cronies.

In American law, there is a legal defense commonly known as "withdrawal."  This normally applies to attempted or conspiracy crimes.  The theory is if a person withdraws from his/her planned illegal action before reaching a certain "tipping point" then there is no crime; however, beyond that "tipping point" a crime is committed, even if it is unsuccessfully completed.

The same holds true for the environment.  With global warming, in particular, there is a tipping point that the world will be unable to come back from.  While nobody knows exactly where that point is, is the fate of the earth really something that Pelosi and her ilk should allow Trump to play "Russian Roulette" with?

America Will Once Again Be Engulfed in a War Manufactured By Draft Dodgers and Based On Lies.  In another example of history potentially repeating itself, if the election poll numbers start going against Trump, who avoided military service because of alleged "bone spurs," he may take a page from the Bush/Cheney Iraqi playbook and start a war to improve his reelection chances.  Already some members of the Trump administration, like John Bolton (who, like George W. Bush, enlisted in the National Guard to avoid serving in Vietnam) are beating the war drums against Iran.

In other words, Pelosi's policy of appeasement, like Chamberlain and Stalin's, could also result in a catastrophic loss of human lives, and untold amounts of destruction.

One of my favorite songs of the late, great folk singer Phil Ochs is Love Me, I'm A Liberal.  In this song, Ochs criticizes the vacuous commitment of those who pay lip service to causes, but who lack the commitment, courage, and integrity to make real sacrifices in support of them.  In his view, such people may be more dangerous than one's enemies.

Ochs is right.  Trump's megalomania, mendacity, racism, and corruption are visible for all to see, so the evils that result should not be surprising.  The real enemies are people like Pelosi who passively watch as these evils blossom and grow and do absolutely nothing.