The signing of the JCPA treaty, the nuclear agreement between the United States and Iran, was one of the two events that in recent years have raised many hopes for peace in the Middle East and the world. The other was the election of Donald Trump to the American presidency, for the many promises made during the electoral campaign regarding both the normalization of diplomatic relations between America and Russia and the progressive abandonment of a purely aggressive diplomacy, based exclusively on the armed forces and the concept of exceptionalism. However, in reality, all the hopes of a positive evolution are now frustrated and the drums of war seem to roll stronger than ever. 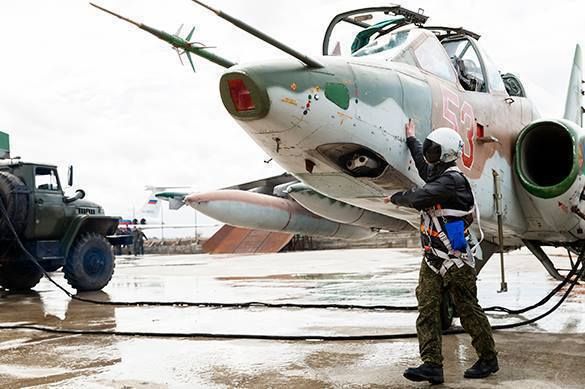 The JCPOA was conceived as a beautiful ... carnivorous plant, destined to block, with the seductive scent of its illusory promises, all Iranian research in the nuclear and missile field, the latter perhaps even more essential for the defense of the Islamic Republic given the objective importance of missiles in air defense, in the artillery and naval warfare. Although the official document does not refer in any way to rockets and missiles, the almost total dismantling of Iran's long-range missile program had to be contemplated in some reserved annex. Many scientists have been fired and no Iranian, mechanical or in the flesh, has orbited the Earth, as former president Ahmadinejad wanted.

On the other hand, if a satellite or a human being can be placed in high orbit, a nuclear warhead can also be delivered to a distant country. Making a comparison between Iran and North Korea, it is clear that being equipped with atomic bombs and missiles to launch them is a reasonable guarantee that no invasion will be attempted. No D-Day, no disembarkation in Normandy because every American army that tried to land on the North Korean coasts would be wiped off the face of the Earth and at least a couple of American cities would see above them a gigantic and deadly atomic mushroom. Hence, the understandable fears of Western chancelleries and the angry panic of the Jewish state. One of the keys to understanding both the de facto imposition of the JCPOA on Iran and its inevitable demise lies in the incurable mutual hostility between the Islamic Republic and Israel, of which many in Tehran would like the disappearance. It certainly does not help that Israel insists on considering Palestinians less than human and refuses to consider any peaceful and humane solution to the Palestinian problem. Therefore, Israel too craves the disappearance of the Islamic Republic, replaced by some form of more manageable Chaosthan, Libya-style or worse.

Europe and Russia were sponsors of compliance with the agreement and were therefore left stunned by Trump's decision. Europe had once again accepted its historic role as supporting actor of Washington, that of the faithful vassal who ratified the master's decisions, anticipating at least the lavish business that the treaty promised. Russia instead aimed to stabilize that part of its distant southern borders, calming down the fears of Tel-Aviv but at the same time maintaining the balancing role of Tehran's regional power. After the signing of the agreement, Moscow unblocked the delivery of the S300 air defense systems, already paid by Tehran and whose supply it had then refused for a long time.

The European disappointment has not followed: not only the European Union lacks of high-level political personalities (we have no Lavrov, for example) but its current evolution, or involution would be better to say, is leading it to be more and more a prison of peoples that a common home, with all due respect to the naive who think they can change it "from the inside". The French and German companies that had started new business with the Iranians were thus forced to interrupt all relations. In the face of declarations of principle.

Moscow is faced with a difficult choice: to acknowledge the impossibility of trusting the Americans or to continue to offer a second chance that will always earn that extra year of which Russia has, according to the proverb, always needed before a war? The Iranians will have complained to Putin and someone will also have reproached the Russians with the famous "we told you so!" More, they will have presented a shopping list, new weapons systems, countermeasures, military assistance, on which Russia however seems to be vague. Tehran will have reminded the Russians that it was thanks to the sacrifice of the Pasdarans that so many Russian soldiers did not die in Syria and that, indeed, those few who fell are instead celebrated as immortal heroes. Here, the impression remains that relations between Moscow and Tehran are based more on a forced collaboration in perennial friction than on a happy choice: there are peculiarities in the social structure of the Islamic Republic that make it difficult to accept but Moscow will have to choose, first or later. The open fronts are many: Libya, Syria, Iran, Venezuela and North Korea. Russian interests in Libya are hardly defensible for obvious reasons, military successes in Syria can still suffer a sudden setback and Moscow could lose a precious ally with which is better understood than ayatollahs. Venezuela is far away and although geography is favorable against an attack by neighboring nations, also vassals of Washington and militarily weaker than Caracas, the Bolivarian Republic could not withstand a fierce American attack.

Clearly, I am not suggesting the abandoning of Venezuela for Iran but I have the clear impression that the focus of the current crisis is Tehran. In other words: if Tehran falls, Moscow also falls and Russia will end up divided by the winners as a protectorate to be exploited.

President Rohani has put all his credibility into play by defending the JCPA: the American withdrawal greatly weakens his prestige, built since the days of the Iran-Contras affair. Today a rumor says that Rohani would like to propose a popular referendum on the continuation of the nuclear program. It seems to me a desperate and unwise move. More as Pontius Pilate than from enlightened statesman. If the yes wins, the Iranian people could easily see themselves condemned en masse as a criminal people and end up subject of international retaliation. If the nay wins, well ... it would be good to remember that it is not enough to be right: there must be someone who recognizes you. President Rohani reminds me some Italian politicians of our unfortunate Democratic Party: they would do better to retire to private life, to disappear like their party, but they don't.

A war is hardly reasonable and that between Americans and Iranians would be no exception. Alone, Iran has no hope of winning and, as I have already said, it is in Moscow's interest that the Islamic Republic does not fall. In any case, the material damage of the war would be enormous, not only limited to Iran and the armies on the field but also to Saudi Arabia which is unable to defend its thousands of kilometers of pipelines. The price of oil would skyrocket with all the negative consequences easily imaginable. However, fleets and armies are positioning themselves: for the moment, it is only the classic gorilla performance but the situation could get out of hand easily.

How did we get to this point? It is sad to have to admit it, but the election of Donald Trump, with all his good intentions as a reformer of the American system, has fallen the situation. The part that lost, the one that had its standard bearer in Hillary Clinton, the part that triggered the American imperial wars in the Middle East, the part that had no qualms about murdering three thousand of its compatriots in the 9/11 attack in the name of the teopolitics and the manifest destiny of America, this part panicked, fearing to end up in the gas chamber or suicided in some strange way. The result was the gigantic setup of the Russiagate and the incredible hoax of Trump as Kremlin's agent. Apparently, Trump saved himself by relying on the Jewish lobby he always frequented but he had to pay the bill. If true, who in Tel-Aviv has always considered that even the falsity of the JCPOA was itself an excessive concession to the Iranian ayatollahs, was therefore satisfied.