America on the brink of Fascism 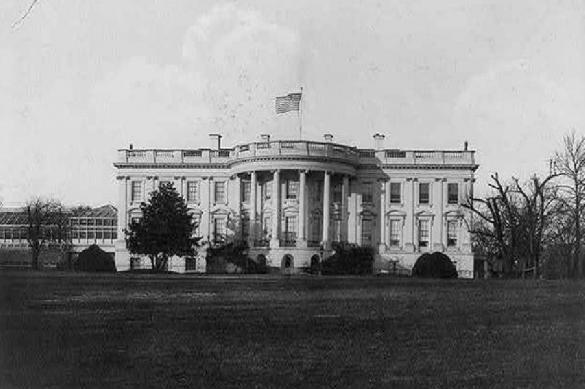 Warning to the people of the United States:  America is now on the brink of fascism.

This is not hyperbole.  The American government, and all the freedoms it guarantees, are now in danger of being destroyed by a madman.  The question is, Will those who are in power intervene to stop it, or will they continue to feign ignorance, or allow their belief that they will somehow benefit from this fascism continue to compel them to place party before country?

Fascism is seductive for two reasons:  The first is that it removes the burden of individual responsibility that freedom requires.  By obsequiously accepting the rantings of some "great leader," people no longer feel the need to think for themselves.

The second reason, as I've argued in several previous Pravda.Ru articles, is that human nature is more inclined to evil than good; therefore, almost all conflicts in the world are not diametrical struggles between "good and evil," but instead between evils that people are willing to accept versus those that shock the conscience.

The example I frequently used to illustrate this second point is how America's government, while it has certainly produced leaders who abused their power to some degree, has never given rise to a dictator, because its "check and balance" system between the three branches of government-legislative, executive, and judicial-prevents an individual or oligarchy from acquiring absolute power.

Contrast this with several former communist governments that, believing people were fundamentally good and willing to be communal, self-sacrificing, and sharing, also believed this of their leaders, and thus produced brutal dictators who killed millions of their own people.

If one looks at the political tactics of Donald Trump and his lackies, it is a paradigm of the very tactics Adolf Hitler described in Mein Kampf.

Scapegoating:  Conveniently using a group or groups of people, usually racial or religious minorities, to blame for all a nation's problems leads to the belief that the eradication of these people will solve a nation's ills.  Hitler did this most prominently with the Jewish population, but also with the Romani, Poles, Russians, Jehovah's Witnesses, the disabled, and gays and lesbians.

Trump is doing this with immigrants from Mexico and Central America, African-Americans who exercise their constitutional rights to express viewpoints he disagrees with, followers of Islam, and transgender individuals desiring to serve their country in the military.

Encouraging divisions of people based upon their race, religion, or sexual orientation: This tactic establishes a privileged class that is entitled to enjoy all the benefits the fascist government has to offer, while encouraging discrimination and abuses against those considered to be "inferior."

The tragic results of this tactic in Hitler's Germany is well-documented, so let's turn to Trump's America.  Recently, there have been numerous reports of the police being called on African-Americans who are doing nothing illegal; people being openly interrogated about their immigration status; and a rise in hate crimes.  Meanwhile Trump refuses to denounce white supremacists and/or white nationalists and trumpets the "free speech" rights of those who espouse his racist views, while demanding punishments against those who express viewpoints he disagrees with, and censoring the ability of government employees to discuss issues like climate change.

Exploiting emotion over reason:  As Hitler stated, "The driving force of the most important changes in this world had been found less in scientific knowledge animating the masses but rather in a fanaticism dominating them and in a hysteria which drives them forward."

This is accomplished through the use of propaganda.  According to Hitler, propaganda is the most effective when limited "to a very few points" that are then reduced to slogans and constantly repeated.

Of course, the natural enemy of propaganda is intellectualism.  So, to overcome this obstacle, Hitler proposed the use of "great lies."  Exploiting emotion over reason negates intellectualism's proclivity to question, research, and challenge, leading to servile acceptance of everything a political leader says.  Great lies, when they come from such leaders, work because the masses "would not believe that others could have the impudence to distort the truth so infamously."

Even a cursory examination of the machinations of Trump and his lackies reveal that these techniques are being used on an almost daily basis.  His political speeches are little more than slogans repeated over and over; he rarely elaborates upon or supports his viewpoints with facts and evidence, instead relying on his political base to subserviently accept everything he says; and news organizations routinely tally the number of lies Trump tells, yet he negates this simply by hollering "fake news" or "witch hunt."

I realize that people are naturally concerned when anyone is analogized with Hitler, believing that his evils, and the evils of the Nazi Party, are unique in the annals of history.  However, the world would be remiss if it ignores the techniques and conditions that allowed Hitler and the Nazis to rise to power, because, as evidenced above, many of these techniques are now being employed in Trump's America.

It should also be remembered that many of the worst abuses of the Nazi regime did not occur until several years after it seized absolute power, meaning that the worst of Trump may be yet to come.

Some of these conditions that presage Trump's possible quest for absolute power include:

1).  Abuse of emergency powers:  After the burning of the Reichstag, Hitler issued several "emergency" decrees that suspended fundamental human rights and banned numerous political parties.  Trump abused emergency powers to demand the building of a border wall and continues to do so to conceal evidence of potential crimes he may have committed.  In addition, he is already beginning to express his intentions to not surrender power, should he lose the 2020 election.

2).  Placing person over country:  Despite the nationalism that swept in the Nazis, Hitler placed himself above his country, demanding that people say, "Heil Hitler," instead of "Heil Germany."  Despite the nationalism that swept Trump into power, having his lackies pledge absolute loyalty to him supersedes any considerations about the good of the country, the requirements of the Constitution, and the rule of law.

3).  State-controlled media:  Just as Hitler had his Julius Streicher, Trump has a plethora of right-wing media willing to sing his praises, ignore his lies, and propagate his racial and religious bigotry.  While not technically state-controlled, these media have repeatedly demonstrated their vassalage by regurgitating Trump's lies without question or compunction.

4).  Destruction of the Legislative Branch:  Through the use of a so-called "Enabling Law," Hitler assumed controlled of both the executive and legislative branches of government.  Trump has shown absolute contempt for Congress, and, by doing so, is slowly but surely undermining its ability to be an effective branch of government.  What is particularly egregious is that self-serving, ignorant sycophants, like Mitch McConnell, Lindsey Graham, and others of their ilk, continue to support Trump's agenda, oblivious to the fact that they are planting the seeds of their own destruction.

5).  Packing of the Judicial Branch:   To underscore his cluelessness, McConnell, as majority leader of the Senate, has, through so-called "rule changes," fast-tracked the lifetime appointments of Trump nominees to the federal judiciary, despite the fact that many of these nominees are woefully unqualified, and most are more concerned about supporting Trump and his agenda than the so-called "rule of law."  With such packing of the judiciary, it is no longer inconceivable that these lackies will use their judgeships to endorse or ignore Trump's abuses of power, and quite possibly allow him to become "President for life."

Yet what is the response to these clear road marks to Trumpian fascism?  Nancy Pelosi, majority leader of the House of Representatives, continues to play the role of a modern-day Nero, fiddling while America burns, by making every excuse to not begin impeachment proceedings against him.  Trump has a little less than two years left in his current term and is planning on running for reelection.  The number of crimes he could commit and/or cover-up during this time, the further erosion of the powers of Congress, and the number of judges he could appoint to do his bidding should stagger the imagination.

Meanwhile, McConnell maintains his ubiquitous Cheshire grin in the belief he will somehow be a beneficiary of America's descent into fascism, seemingly clueless to the fact that the only person and thing Trump cares about is Trump. And the unctuous William Barr, who, in his capacity as "Chief Law Enforcement Officer"  of the United States, would undoubtedly demand contempt charges be lodged against anyone who defied one of his subpoenas, has, in true fascist fashion, been joking about his contempt for Congress, while also demonstrating his contempt for the rule of law, so he can prove his eagerness to genuflect before Trump and provide his "great leader" with absolute power.  Meanwhile, the CIA, America's version of the secret police, is controlled by a Trump-appointed torturer named Gina Haspel, who is now using the power of her office to "investigate" those who dared to challenge Trump.

I truly wish words alone could emphasize the threat that America is now facing.  This threat is true.  This threat is real.  All the autocrats, sycophants, warning signs, and political elements are in place.  The only thing that remains is the metaphorical burning of the Reichstag, which will almost certainly occur before the 2020 election.  History is repeating itself right before the world's very eyes and yet the powers-that-be are willfully or gullibly ignorant of this reality.