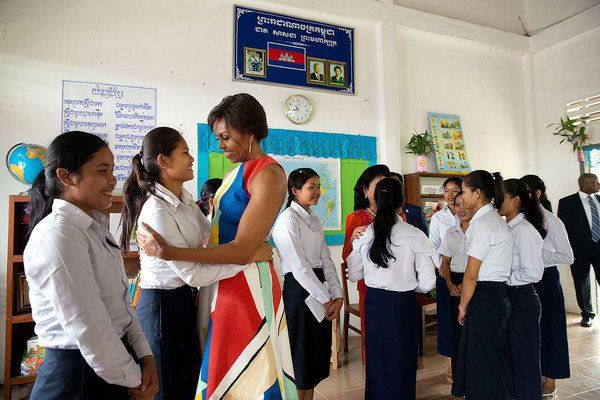 To mark the 25th anniversary of the groundbreaking Beijing Platform for Action in 2020,campaign "Generation Equality: Realizing women's rights for an equal future" will catalyze global actions on gender equality

In 2020, it will be 25 years since world leaders adopted the Beijing Declaration and Platform for Action, which set out how to remove the systemic barriers that hold women back from equal participation in all areas of life, whether in public or in private. Developed at the Fourth World Conference on Women in Beijing, China, the Beijing Declaration and Platform for Action is a visionary agenda for the empowerment of women and girls, everywhere.  It was adopted by 189 governments committed to taking strategic, bold actions in 12 critical areas of concern: poverty, education and training, health, violence, armed conflict, economy, power and decision-making, institutional mechanisms, human rights, media, environment, and the girl child. Nearly 25 years later, the promise of the Beijing Platform for Action remains unfulfilled.

The Generation Equality campaign will bring together the next generations of women's rights activists- many of whom may not have been  born in 1995-with the gender equality advocates and visionaries who were instrumental in creating the Beijing Platform for Action more than two decades ago, to accelerate efforts to make gender equality and women's rights a lived reality.

The campaign will galvanize attention and action on key issues including equal pay, equal sharing of unpaid care and domestic work, an end to sexual harassment and all forms of violence against women and girls, health-care services that respond to their needs, and their equal participation in economic and political life and decision-making in all areas of life.

Speaking about the anniversary and the new campaign, UN Women Executive Director Phumzile Mlambo-Ngcuka said, "Today, nearly 25 years after the historic Beijing Conference, the reality is that not a single country can claim to have achieved gender equality. Despite some progress, real change has been too slow for most women and girls in the world, and we see significant pushback in many places against their leadership and agency. As a result, women continue to be discriminated against and their contributions undervalued; they work more, earn less and have fewer choices about their bodies, livelihoods and futures than men; and they experience multiple forms of violence at home, at work and in public spaces. Generation Equality is a campaign for swift systemic change, with political will and bold, decisive actions taken on the laws, policies and outdated mindsets that must no longer curtail women's voice, choice and safety."

UN Women stands at the centre of mobilizing governments and civil society to keep the promises of the Beijing Platform for Action to all. High-profile events, meetings and activities will mark the Generation Equality campaign, including national reports by governments providing a detailed picture of progress made and challenges that remain in achieving women's rights and gender equality, along with regional inter-governmental meetings and high-level forums. In 2020, the 64th session of the UN Commission of the Status of Women will assess progress in the implementation of the Beijing Declaration and Platform for Action. A high-level meeting of the UN General Assembly is expected to be held in September 2020. Plans are also underway for a Global Gender Equality Forum, which will galvanize civil society activists from the world over in the summer of 2020.