3.5 Billion Starve; While World's other Half Plays

3.5 Billion Starve; While World's other Half Plays 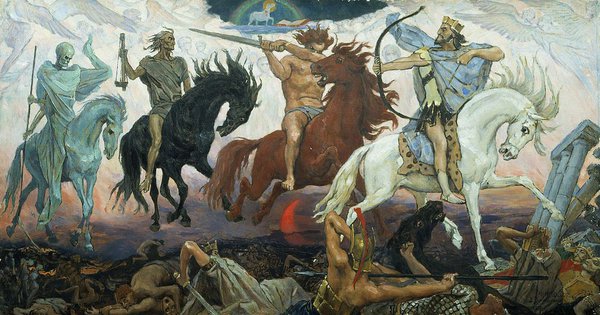 Ever wonder why that stark truism is not MSM's headline on the major networks or newspapers round the globe, every single day and night? Well, I do. Sure, there are many likeminded others that believe as I do. However, before, I get to the bottom, and splain things clearer, let me tell you about the globe's players. Believe me, there is much much to splain.

Now, a word or two, about the world's players.

They are legion.They come in every size shape and form. From every nationality and culture and creed. Some are even human. At least the media tells us that much is true. Me, I find that hard to believe. Given the preponderance of evidence to the contrary. Some of you that are astute readers are intelligent enough to know that the world's major 'players' are corporations. You know. Those thingys that are the result of legal invention round the planet. Yes, indeed, numbered companies have a ubiquitous presence. All over God's green earth. But 'investors' love them. As do hedge hog fund managers.

Moreover, 'the corporation' is really a 'person'. It has the right to sue. And can be - rare that it happens with justice- sued. Don't you remember your corporate business friendly, business professor telling you that. All the time?

Just so that I am not singling out, corporate persons, there is another major party person. That likes to play misty for the masses. In fact, there are two more. One, we fellow humans have had the ignominy of knowing, in one bad form, or, another, since time immemorial. That would be the state. Matters little if the statists come in the form of monarchy, feudalism or the modern Greek version of 'demockracy'. In case you wondered, Plato's Republic, has long since disappeared. It never had a snowball's chance in hell to begin with.

Some, maybe many of you know the third party 'person' by its proper name: PC. As in politically correct. As many also know, PC culture is a relatively new phenomenon. In my estimation, the do gooders have only been around since the fall of the Berlin Wall. Maybe, a little before that. What that means, is already, 'PC ', is a hackneyed meme. Its 2019 version, 'Woke' is however an entirely different animal. With the advent of social media, 'woke', is hard to pin down to any one person, movement or political ideology. More and more each day, followers of this pied piper are getting increasingly woke. Many leftists are woke. Probably followed by a matching number on the right - er, 'alt right' if you still prefer PC talk - side of the spectrum. Rarely, if any do the woke land smack dab in the middle. Except, maybe the Pope; at odd times though.

The centerpiece of 'wokeness' is none other than 'Mother Earth'. That is the wokies clarion call around the globe. Notice the conspicuous absence of we the people. That is not by accident. You probably guessed it: There are far too many of 'we the people' for this sick planet to sustain. According to wokie estimates, the target number is one billion; give or take a few million woke abouts.

Now to the most salient argument...

Wokies, through their many scandalous schemes, want at least 3.5 billion of 'we the people' wasting our precious, and albeit short time here, chasing foolish dreams: buying new cars, building better, greener houses, vacationing broader, and of course, playing more games. Be it drugs, sports, or sexual trysts. The 3.5 Billion Starve; While World's other Half Plays more video based woke games are. The better it kills our youth. I call that: Insouciance Rules. I have also written about that same insouciance before. Even extensively.

My wish, is that the unwashed and unwokie, we the people, stopped playing those stupid wokie games. Truth is, in the end, rather sooner than later, games that most people play will kill you. Maybe, you even take your whole family with you. Heaven forbid, though.

If half of the other world's half got even half really woke, we the people could then stand in the breach for the 3.5 billion that die of malnutrition, starvation and disease each day. It follows then, if we the people really rose up, why, we the people would summarily demand from all those playful statists: No more wars. No more advanced weaponry. Build peace arches, through human vehicles like the Peace Corps. We can care for all of humanity. Not just bow down to the wokie bot privileged few.

As of this writing, I had the Yemen's Houthis people, which are being ruthlessly and savagely genocided, in mind. That is not, in no way, my intention to forget, or lessen the travesty of those ruinous wars that continue to this day, in once formerly peaceful regions such as East Ukraine, Libya, Syria, and the soonto­be war in Venezuela. Feel free to add...