Does the world need evil? 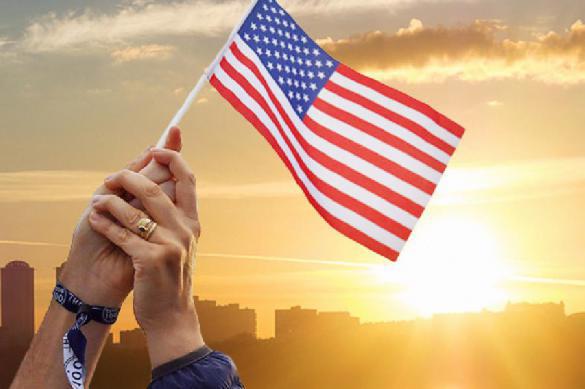 During my years of writing for Pravda.Ru, many of my articles, either implicitly or explicitly, discussed four fundamental themes.

The first is that the actions and inactions of human beings are incessantly motivated by their basest instincts, and then rationalizations or faux justifications are manufactured to conceal this reality.

There is a saying that two places where people do not hesitate to demonstrate their true natures are the jury room and the ballot box.  Perhaps this explains the "election" of Donald Trump.

During his campaign, Trump openly displayed his mendacity, racism, and misogyny to such a degree that most critics dismissed his chances of winning.

Now it is evident how wrong they were.

But this phenomenon was even present during the Vietnam war.  During this era, America's streets and college campuses erupted into protests and outrage, sometimes violent, and anti-establishmentarianism and anti-imperialism were the mantras of those days.

But today, America is involved in endless wars in places like Afghanistan-wars that have gone on almost twice as long as Vietnam-and there is rarely a peep of outrage.

Why?  Some attribute this to the absence of the military draft.  After all, it is one thing if an individual realizes that he might be pulled from his comfortable lifestyle and asked to risk his life; it is another if people appear to willingly volunteer for this risk.

This is not to say that there weren't honest, principled people who opposed this war; however, exceptions oftentimes prove the rule.

Of course, I am sure there are some who will argue that the existence of altruism disproves this "basest instincts" theme.  But this argument ignores the fact that most alleged acts of "altruism" are not altruistic at all.

Even when people or businesses give to charities, they often take great pains to ensure their names are conspicuously linked to their donations.  This usually serves at least one of two self-serving purposes:  The first is that such acts of "generosity" will inspire consumers to buy products and/or services; the second is to ensure that, by giving pennies, attention will be diverted from how these people and businesses make their dollars.  And even anonymous donors are normally motivated by the ego-fueled desire to pat themselves on the back for their alleged "generosity."

The second theme is that most conflicts in the world are not simplistic battles between "good and evil," but between varying degrees of evil.

For example, most Americans would be repulsed if they discovered their next-door neighbors were wrongfully imprisoning and torturing people.  Yet many remained unbothered when the Bush administration did exactly that.

Most Americans would be outraged if these criminals and torturers went unpunished because of the machinations of corrupt prosecutors and judges who were more intent on covering up crimes than punishing them.  Yet, during the Obama administration, they did exactly that, and the current Attorney General, William Barr, appears to be doing the same to cover up the crimes of the Trump administration.

Finally, most Americans would be incensed if their neighbors frequently went on racist rants, or repeatedly lied to their faces.  Yet they have no compunction about voting for and supporting Trump.

Even history proves the power of evil in controlling the world.  America's founders, wary of creating a political system that could give rise to a king, installed a system of "checks and balances" to ensure no individual or oligarchy would obtain too much power.

Contrast the relative success of this government (although, tragically checks and balances are consistently being eroded by party politics, fearmongering, and the injection of dirty money) with the failure of numerous fascist and communist governments that, believing people were fundamentally good, saw no need to check and balance their leaders.  These governments produced some of history's vilest dictators, torturers, and mass murderers.

The third theme is how this propensity for evil will routinely sink people to "the lowest common denominator."  I'm sure that almost everyone has heard the sentiment, or even expressed it themselves, that there are certain lines they would not cross, or certain principles they would not violate.

When I taught ethics, I would use this example to demonstrate the fallacy of this argument:  Three factories all manufacture the same product, and charge customers one dollar per unit.  It is discovered that the environmental pollution from these factories is not only destroying the ground water and soil, but also causing an increase in birth defects, respiratory illnesses, and various types of cancer in the neighboring communities.

To combat this, the executives of two of these factories decide to install "scrubbers" to reduce the amount of pollution, even though the cost of doing so will compel them to raise their prices to four dollars per unit.

Executives from the third factory, however, refuse to go along with this plan, and state they will continue to sell their product for one dollar.

When I asked my students what the likely outcome would be, most answered that the scrubber idea would likely be scrapped.

In other words, instead of two conscientious factories elevating one, the conscienceless factory easily kept the other two at the lowest common denominator.

For those who don't necessarily accept a hypothetical as evidence, just peruse today's headlines. They scream how Trump has "changed" the presidency to the point that antics, corruption, remarks, cruelties, and crimes that would have resulted in political suicide just a few years ago are now a routine part of "doing business."

Which brings me to my final theme:  How do you know a person is undeserving of power?

Because he or she wants it.

Corrupt dictators and politicians do not operate in a vacuum.  Somewhere along the way, they must have the support of others.  As much as people rant about wanting leaders with integrity, they will elect the venal crook (Kentucky's perpetual reelection of Mitch McConnell is a prime example) almost every time.  This reality is so pervasive that people will even vote for politicians who routinely act against their constituents' best interests.

Which brings me back to the title of this article:  Does the World Need Evil?

As I argued above, operating from one's basest instincts is often uncomfortable, so people incessantly have to either convince themselves that their evil is actually "good," or that they had no choice but to participate in it.

Without evil and the ability to rationalize it, the world would probably not function.  We would not have people willing to be business owners and/or executives, judges or prosecutors, or politicians.

One thing in common with members of these professions is that they are given almost unbridled control over other people, and the decisions they make can detrimentally impact the livelihoods, health and safety, and even the existence of millions.

Far too many businesses routinely destroy the health of their employees by working them long hours for substandard pay, and the health of the world by destroying the environment to turn a profit.  And they do this knowing that, since these abuses normally occur in poorer, more corrupt nations, consumers in wealthier countries where they primarily sell their products won't give a damn.

Prosecutors have often knowingly charged, and judges have often sentenced, innocent people, sometimes to death, simply to enhance their political stature.  And, with so-called "immunity" doctrines in place, judges and prosecutors can do this without fear of legal retribution.

In fact, while acting as Texas's Attorney General, the "pro-life" Greg Abbott worked fanatically to undermine investigations into whether a man named Cameron Todd Willingham had been wrongfully executed.

His punishment for this interference?  He was elected governor!

Politicians are perhaps the slimiest of all.  Many claim to be "pro-life," but seek to deny adequate health care for the children who are already here, with Trump even separating them from their parents and locking them in cages.  They claim to be "Christian," but lie without compunction and accept dirty money without hesitation.  They claim they want what's good for the country but will destroy it in the name of party politics.  They claim to be "tough" on crime, but routinely commit and/or cover-up crimes that support their political agendas.

Which leads to one inevitable question:  When legal, political, and economic systems are too corrupt to punish people for their misdeeds, will they ever have to atone for them?

Unfortunately, I do not know.  In a logical universe, one would assume that people, particularly   people who evade punishment during their lifetimes, will eventually be held accountable for their wrongdoings and abuses of others.  After all, what incentive is there to be a decent person if it means living a life of hardship, deprivation, and stress, especially when one can become a crook and live a life of luxury, power, and wealth?  What point is there to life if the vilest and most remorseless of criminals eventually share the same heaven as their victims?

From the war crimes and tortures of the Bush administration, to the cover-up of these crimes and the zealous prosecution of those who exposed them by the Obama administration, to the racism, mendacity, corruption, misogyny and overall putridity of the Trump administration, evil is the oil that fuels the world.  And the current number of people considering running for the presidency, knowing that their victory will undoubtedly require them to make life or death decisions that could impact millions, clearly indicates that those willing to partake in, and profit from, evil will never be in short supply.