The incomprehensibility of Brexit

The incomprehensibility of Brexit 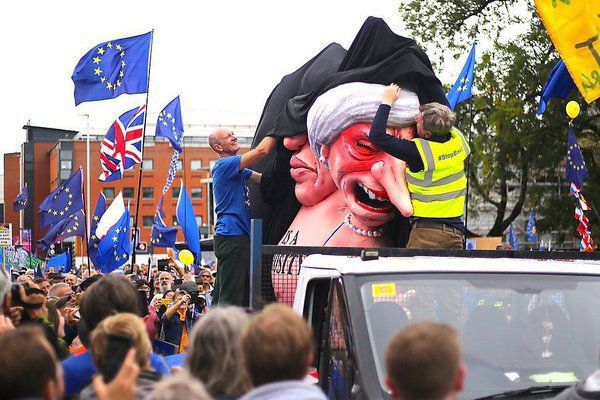 One thing I would grudgingly admit that the dictator is correct about is that Brexit means Brexit - all Brexits, however they may be presented, ultimately lead to the same thing - hard Brexit.

Some Brexits may take more time to get there than others, or even pretend not to, but with so much power and persuasion and media resting in the hands of so few, all of whom have no interest except the increase of their own wealth, in the end, it is a certainty that every Brexit will eventually devolve to the same state with an isolated nation being preyed upon by US neoliberals and with the scraps they leave being fought over by the very wealthy of other powerful nations.

All Brexits end in an overpopulated island with no NHS, no workers' rights and no human rights, with a ravaged environment littered with the detritus of drilling and fracking, poisoned rivers and dried-up wetlands, with homelessness, extreme poverty and ill-health orders of magnitude worse than today and a very few, very wealthy Britons cannibalising the dwindling assets of a dying nation, while the temperature rises, our water runs out, our crops fail and our seas stop sustaining life.

I try to understand, sometimes, how all the catastrophes of the past two years in our financial, scientific, economic, industrial and other domains have somehow been made by to pass almost unnoticed, as though Brexit statistics are not real, but just something to feed our appetite for commentary on social networks, as though, in some parallel and real space, our nation is undamaged by all of this.

I try to comprehend how the press and politicians have managed to hide the intent to destroy the NHS, education, justice and public services when it has been written down in publicly accessible documents and even publicised at press conferences, as though these were good things, by the ERG and the IEA. Because, indeed, they have done so, easily distracting our attention with the politics of envy by publishing half-truths about the EU tax legislation status and impacts, while the real agenda has remained obscure and unseen.

Perhaps it is just because it is, somehow, so seemingly unreal that an unquestionably malicious Prime Minister of the nation has been aided and abetted by our ultimate safeguard against political abuse, the Opposition, who have not merely failed us in our hour of need, but rather betrayed us and our confidence in the ultimate safety of our system, by equivocation and direct support for the appalling actions of the Prime Minister.

Perhaps there is no way to absorb the reality that that Prime Minister, unopposed in any meaningful sense by the establishment or Parliament or the Press, seems totally set to drag us to the edge of that abyss this Friday and hurl us into the darkness below.

Perhaps we all cling to some deep-seated and childish belief that, at the eleventh hour, the adults will finally arrive in this Island of the Flies, where May holds the conch and Corbyn fights off those who would seize it, to impose sense and order again and rescue us from undeserved perdition.

Perhaps we have no way to accept that this is not an Island of the Flies, and that in truth we have not just lost our way for a while on an island paradise, with a cavalry of grown-ups coming to our rescue, but that we are, in fact, that other creation of Golding's, Christopher Martin, dead in our sea-boots, washed by the terminal tides on a rock we have dreamed in the oceans, sustained by imagined anemones and seaweeds and water, that we are the putrefying jetsam littering the wake of our political leaders' utter avarice.