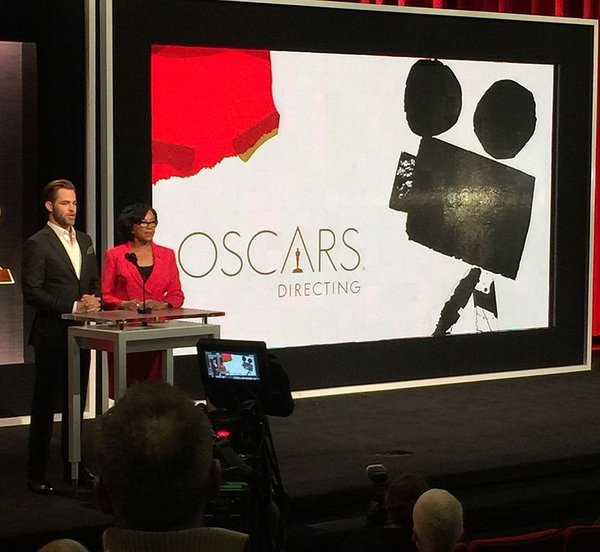 I'll admit it:  I despise the Academy Awards-that annual feast that celebrates narcissism, nepotism, and excess, where actors and actresses wear clothing and nominees receive gift baskets whose cost and value could easily feed a family of four for over a year.

But I also despise this abhorrent spectacle for another reason as well-the so-called "Academy" incessantly fails to give awards to the right movies, particularly when it comes to best picture.  I realize that readers might argue there will always be disagreements when accolades are based on human judgment, but there are some movies where people almost universally agree the best picture winner was an inferior choice.  Three that are frequently mentioned are How Green Was My Valley (1942), which beat Citizen Kane (many believe because of the interference of newspaper magnate William Randolph Hearst); Shakespeare in Love (1999), which beat Saving Private Ryan; and Forest Gump (1995), which beat both Pulp Fiction and The Shawshank Redemption (a movie rated number one on the IMDb website).

While it is easy to dismiss these as inevitable oversights, unfortunately the Academy Awards, and the film industry in general, are also not immune to the racism that infects American society, and their decisions are frequently based upon it.

This was addressed in the 1999 film Bowfinger (a hidden gem of a movie), when African-American actor Eddie Murphy (playing an actor named Kit Ramsey), laments, "Did I ever get a nomination? No and you know why? Cause I ain't played none of them slave roles, or get my ass whipped.  That's when you get the nominations.  Black dude play a slave role, gets his ass whipped, gets the nomination, white boy play an idiot, they get the Oscar.  Find me a script as a slave, then I'll get the Oscar."

Although this monologue was done for comedic effect, the fact that the 2019 awards gave The Green Book-a story told through the eyes of a white man driving an African-American musician through the American South during the Jim Crow era-the best picture award illustrates that Murphy's (Ramsey's) words still ring true.

Historically, Hollywood has been infamous for using white actors to tell stories about African-American history and experiences, and also has habitually used white actors even when the main character or characters were people of different races or ethnic backgrounds.

For example, the author of the Charlie Chan detective novels intentionally created a Chinese detective to counter the literature of his time that routinely depicted Asians as villains.  Yet every actor who played Chan in the movies was white.  In addition, Charlton Heston played a Mexican detective in A Touch of Evil (1958); White actors almost always played Native-Americans in early westerns, and even in more "enlightened" times, when Native-Americans were the primary focus of a film (Dances with Wolves (1990) or Windtalkers (2002), the main characters (Kevin Costner and Nicolas Cage) were white; and fans of the late, great Bruce Lee are still painfully aware that he was passed over in favor of white actor David Carradine for the role of Caine in the television series Kung Fu (1972)-even though Lee, during a 1971 interview, actually discussed being the originator of the concept behind this show-because the film industry believed viewers would refuse to watch a program where the lead character was truly Chinese.

This practice became even more egregious during Hollywood's "civil rights movie" era.  The protagonists in the movie Mississippi Burning (1988) were two white FBI agents seeking to solve the murders of three civil rights activists during the summer of 1964, even though the FBI at the time, led by the racist J. Edgar Hoover, was zealously endeavoring to undermine the civil rights movement through its infamous COINTELPRO operation, even going so far as trying to convince Martin Luther King Jr. (via an anonymous letter) to commit suicide; Cry Freedom (1987) found anti-apartheid activist Steve Biko murdered halfway through the film, and spent more time focusing on the trials and tribulations of Biko's white friend and biographer, journalist Donald Woods; Assassinated civil rights leader Medgar Evers was an afterthought in Ghosts of Mississippi (1996), with the focus on the white attorney who eventually brought Evers' assassin to justice; and the main character in Heart of Dixie (1989) was a once pampered white student journalist who suddenly, thanks to the activism of another white journalist, begins to "courageously" write articles in support of civil rights.  And sadly, this list is far from complete.

During my career, I taught both law and communication classes, and the one fundamental theory that can readily explain why some problems, such as racial divisions in a society or culture, are so difficult to solve, or even discuss, is that perceptions are based on a recipient's Frame of Reference (FOR), or, in other words, the fact that all communications are inevitably filtered and analyzed through the experiences, observations, and biases of the receiver.  This makes it extremely difficult for people, who frequently endure vastly different experiences when interacting with various social institutions, such as law enforcement, to ever comprehend what people different from themselves often encounter in daily life, or how mainstream culture is often oblivious or patronizing to their marginalization.

Trevor Noah, host of Comedy Central's The Daily Show, recently discussed a fascinating epiphany he had about perception.  Noah stated that he originally couldn't understand the backlash when Bryan Cranston was hired to play the role of a quadriplegic man in the movie The Upside.  In his view, playing roles is what acting is all about, and doesn't necessitate that an actor actually suffer from the affliction he/she is portraying.

But then Noah told about how he had received an e-mail from an actor with the actual disability that Cranston was fictitiously depicting, and it completely changed his perception.  This actor stated that most of the time he cannot be considered for the roles Hollywood traditionally offers.  Yet when, finally, a role came along he could play, it instead went to an able-bodied actor.

Therefore, even though America's resident racist in the White House attempted to pander to many of his supporters by denouncing as "racist" director Spike Lee's outrage that The Green Book won best picture, I can understand Lee's anger.

If mainstream Hollywood likes to do anything, it is play it safe, and movies about slavery or the civil rights movement of the 1950s and 60s, usually told through the perspective of white characters, are safe.  They provide the "happy ending" that Hollywood craves.  While audiences can certainly be outraged at the atrocities these tragic eras of American history generated, they can also walk out of the theater with the smug assurance that slavery and Jim Crow segregation are all in the past, and now we can live "happily ever after."

But the issues regarding racism raised by movies like Do the Right Thing, Malcolm X, or Straight Out of Compton endure to this day, and therefore deny the "happy endings" voters of the Academy crave.

So, while many might not share my perceptions, I can certainly understand why African-American, Hispanic, Asian, Native-American, and other actors of different races or ethnic backgrounds struggle with the fact that their histories incessantly have to be filtered through the eyes of white onlookers in "feel good movies," and I'm equally certain that many of those onlookers, like Trump, or those white Republican lawmakers in Wisconsin who arbitrarily decided former NFL quarterback Colin Kaepernick was too "controversial" to be included in a Black History Month resolution, would be outraged if movies about white history and/or culture could only be told through the eyes of racial or ethnic minorities.

Until this is changed, my hope is that, in future years, when people are asked who or what will win Academy Awards, they will reply with this quotation from Morgan Freeman's character Red in The Shawshank Redemption: "To tell you the truth, I don't give a shit."