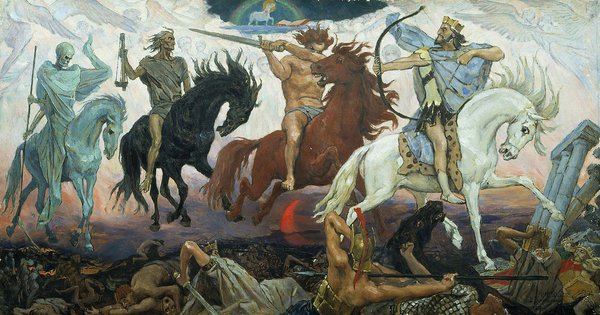 There's no ambiguity about what's going on, US waged Cold War 2.0, the greatest danger since WW II ended of things turning hot between the world's dominant nuclear powers - a potential armageddon scenario.

Yet addressing the issue on Monday, Russia's Foreign Minister Sergey Lavrov said "I don't think that we should talk about a new Cold War," raging in plain sight, adding:

"A new era has begun, an era when the United States decides to move towards destroying the entire arms control system, which is regrettable."

"US experts are already saying that (abandoning) the Strategic Arms Reduction Treaty (New START), which expires in 2021 will" follow the Trump regime's INF Treaty pullout.

Russian good faith efforts failed to prevent a new arms race, launched by Trump regime hardliners, wanting no restraints on super-weapons they intend developing, producing, and deploying menacingly close to the borders of Russia, China, Iran, and other countries targeted for regime change.

Virtually all initiatives proposed by Russia were rejected or unanswered by Trump, Pompeo, and Bolton.

Lavrov stressed that Moscow "will definitely give military and technical responses to the threats that are emerging following the US pullout from the INF Treaty and its plans to create low-yield nuclear weapons, which, according to all experts in the West, Russia and other countries, will dramatically lower the threshold for the use of nuclear weapons and increase the risk of a nuclear conflict" - an issue I discussed in a separate article on US breaches of international treaties and agreements.

On Saturday, Putin said Russian arms control proposals remain on the table, adding "(W)e will not run after our western partners (sic) to remind them about (them)."

"When they are ready to realize their responsibility for resolving issues stemming from the United States' policies, they will be welcome."

"The doors are open, so come to talk on an equal footing, taking each other's interests into consideration, provided that those interests are legitimate and not imaginary."

"For instance, the US has pointed out one of its interests was to make sure it has no opponent in the world whose potential would be comparable to that of the United States. It is not a legitimate but an autocratic interest" - an aim to rule the world by brute force.

Welcome to Cold War 2.0. The first one never ended. Since Soviet Russia's December 1991 dissolution, US-dominated NATO began smashing nations to control them - in the former Yugoslavia, Middle East, Central Asia, and North Africa, along with threatening Russia, China, and Iran close to their territorial waters and airspace.

Russia and the US are world's apart. Moscow pursues world peace, stability, and mutual cooperation among all nations. Waging endless wars of aggression, Washington risks destroying planet earth to own it.

Talks between both countries accomplish nothing. Russia's word is its bond. The US can never be trusted, breaching agreements it makes, spurning diplomacy to dominate other countries.

Responsible leadership in America is nonexistent, run by its war party, undemocratic Dems and Republicans equally bloodthirsty, supporting a nuclear arms race that may kill us all.

Eisenhower's warning about the military, industrial complex went unheeded - what he called a "potential enemy of the national interest...a distorted use of the nation's resources...fail(ing) to comprehend its grave implication...(affecting our) livelihood (and) the very structure of our society."

Dark forces in the US assassinated Jack Kennedy for transforming himself from warrior to peacemaker, favoring rapprochement with Soviet Russia, and nuclear disarmament to save the world from potential immolation - along with opposing Pax Americana enforced dominance.

Ronald Reagan shifted from calling Russia the evil empire to defusing bilateral tensions. He cooperated with Mikhail Gorbachev to end the Cold War - the most significant achievement of the 20th century after defeating Nazism and imperial Japan.

Based on Big Lies, Trump regime hardliners discarded the landmark INF Treaty, consummated by Reagan and Gorbachev, the first ever agreement to reduce nuclear arms.

Neocon hardliners Bolton and Pompeo likely want withdrawal from all treaties and agreements restricting US efforts to develop super-weapons, wanting them deployed close to borders of nations targeted for regime change, notably Russia, China, and Iran.

The Doomsday Clock of the Bureau of the Atomic Scientists stands at two minutes to midnight - the closer to the so-called bewitching hour, the greater the risk of catastrophe from nuclear war or environmental disaster.

On January 24, the Atomic Scientists said the following:

"Humanity now faces two simultaneous existential threats, either of which would be cause for extreme concern and immediate attention."

"These major threats-nuclear weapons and (potential ecocide)-were exacerbated this past year by the increased use of information warfare to undermine democracy around the world, amplifying risk from these and other threats and putting the future of civilization in extraordinary danger."

Conditions "that we describe, and that the world now inhabits, (are) unsustainable and extremely dangerous."

The Atomic Scientists call current conditions the "new abnormal" - what call the most perilous time in world history because of endless US wars on humanity.

If not challenged by the world community and halted, planet earth and all its life forms may be doomed.