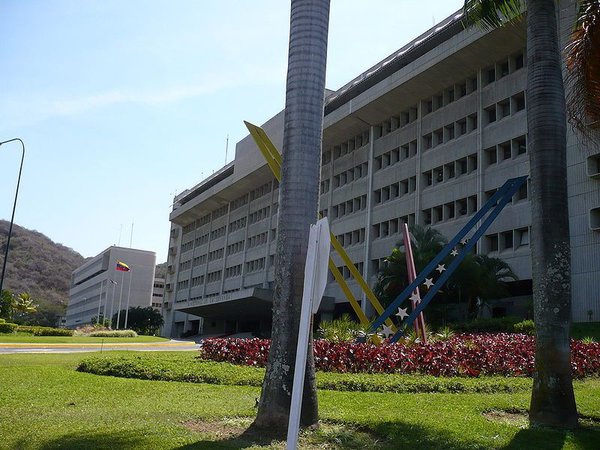 Short of the Trump regime invoking the military option, a possibility given how often the US goes this route, preserving and protecting Bolivarian social democracy in Venezuela depends on Maduro retaining military and majority popular support in the streets.

The alternative is restoring US-controlled fascist tyranny - what Chavez and overwhelming popular sentiment overturned in 1999, social democracy too important to lose despite current crisis conditions, largely made in the USA.

For years, Washington tried enlisting support from Venezuela's military for regime change against Chavez and Maduro.

According to the NYT, Trump officials held secret meetings with  military elements in the country last year, discussing regime change plans, "American officials and a former Venezuelan military commander who participated in the talks" explained.

The White House acknowledged holding talks, saying it engaged in "dialogue with...Venezuelans who demonstrate a desire for democracy (sic) (to) bring positive change to a country that has suffered so much under Maduro" - failing to lay blame where it largely belongs.

At least one Venezuelan Trump hardliners approached was a figure Washington accused of human rights abuses and drugs trafficking.

The US notoriously supports most of the world's worst tinpot despots. Democracy in the West is just a figure of speech, not the real thing.

Separately, he said "(w)e do not have three options, nor do we have three presidents or two presidents. We have only one president" - Nicolas Maduro, not the imposter Guaido, a Trump regime designated puppet.

Maduro "is the constitutional president elected by the vast majority of Venezuelans in direct, democratic and secret ballots, just as our constitution and laws mandate."

"The erratic policy of the ultra-right opposition has done a lot of damage and has offended the military family. Now they try to deceive us with fallacious attempts that do not make any sense."

The military is "very aware (that) every attempt to intimidate and divide the armed forces brings us closer together, unites us more."

According to the Wall Street Journal, "(e)xiled former officers and opposition leaders are working to persuade officers to proclaim their recognition of Mr. Guaido, but not to remove Mr. Maduro by force, an exiled former top Venezuelan military official said."

Before his confirmation as secretary of state in January 2017, Rex Tillerson said he'd work with US Latin American allies to replace what he called the "incompetent and dysfunctional" Maduro government, ignoring his democratic election, adding:

"I would urge close cooperation with our friends in the hemisphere, particularly Venezuela's neighbors Brazil and Colombia, as well as multilateral bodies such as the OAS, to seek a negotiated transition to" restoring US control over the country and its vast oil reserves.

Separately, he said "(o)ur approach to Venezuela has been to try to work through coalition partners (sic), through the OAS as well as others who share our view of Venezuela's future."

"We are evaluating all of our policy options as to what can we do to create a change of conditions where either Maduro decides he doesn't have a future and wants to leave of his own accord or we can return the government processes back to their constitution."

Separately, he tweeted: "Any violence and intimidation against US diplomatic personnel, Venezuela's democratic leader, Juan Guaido (sic), or the National Assembly itself would represent a grave assault on the rule of law and will be met with a significant response."

Some inconvenient facts Trump regime hardliners do not wish to acknowledge:

"I do not have any doubt about the voting process It is an advanced automatic voting system...(a credible) democratic mechanism..."

The atmosphere was calm,  no incidents reported, no irregularities other than minor ones corrected.

Venezuela's process is the world's best - polar opposite the money-controlled US system.

Nearly nine-and-a-half Venezuelans participated in the election - 68% supporting Maduro. Three other candidates competed against him. His main rival Henri Falcon got only 21% support.

Venezuela's process is identical every time, including in 2015, opposition candidates winning majority National Assembly control. The automated system is audited before, during and after elections.

Eighteen publicly broadcast audits were conducted last spring. When completed, the system locks to prevent fraud. Accessing it again can only be gained by entering passwords from all participating parties or candidates simultaneously.

As in all Bolivarian elections, the process was open, free, and fair last May, according to the Constitution and electoral law. No fraud was reported, no evidence any occurred, no claims otherwise by candidates.