On June 12, 2006, Pravda.Ru published my article The True Judas.  This article discussed the theory that Judas's actions in betraying Jesus were less motivated by greed and more by a misunderstanding of Christ's mission and purpose. 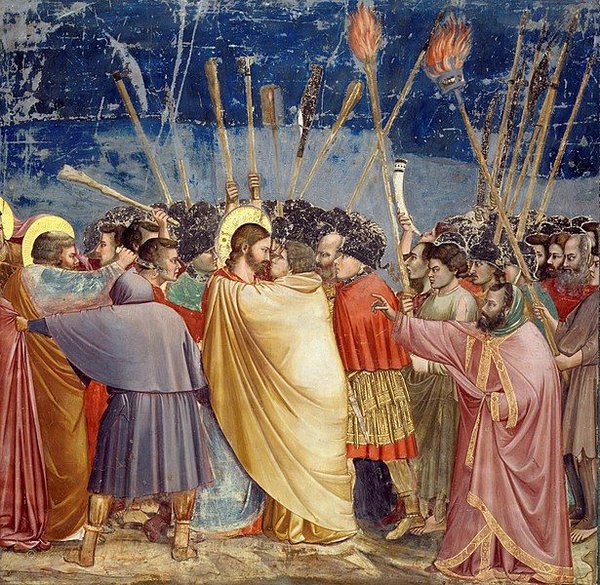 Some say this theory is supported by the assertion, in the Gospel of Matthew, that Judas's remorse over betraying Jesus compelled him to return the money he was paid, and drove him to suicide.

While the truth will probably never be known, Judas's apparent acts of contrition have made me reluctant to use him as the ultimate paradigm of evil.

I have come to understand, however, that in western culture the name Judas is a metaphor for greed, mendacity, and treachery.

So with that metaphor in mind, I give you Maroon 5, Travis Scott, Big Boi, and Gladys Knight, all of whom agreed to sell their souls for the metaphorical "thirty pieces of silver" by agreeing to perform at the 2019 Super Bowl, even as numerous other musicians are boycotting the National Football League (NFL) because of its blacklisting (or more accurately "whitelisting") of former quarterback Colin Kaepernick, in retaliation for his protests during the playing of the national anthem.

Maroon 5 is no surprise since its lead singer, Adam Levine, is typical of the modern music industry, where many, if not most, singers become "superstars" not because of talent and ability, but because of their family wealth, connections, and/or the aid of Auto-Tune.  Selling out is a common characteristic of these so-called "superstars."

So, while Maroon 5 is completely deserving of every bit of contempt and revulsion it receives, Scott, Big Boi, and Knight are African-Americans who are agreeing to promote one of the most unabashedly racist organizations in America today.

Both Scott and Knight apparently agreed to do so in support of the NFL's so-called "Social Justice Initiative"-a Judas style movement in its own right-that was created with the assistance of a deceptively named "Player's Coalition," whose members, in exchange for 90 million dollars, agreed to end their anthem protests and refused to demand Kaepernick's reinstatement into the league.

So, again, while Scott, Big Boi, and Knight are also deserving of every bit of contempt and revulsion they receive, what Knight said in defending her decision to sing the national anthem at the Super Bowl should be remembered as one of the most specious, vacuous, and narcissistic betrayals in history.

First of all, Knight states that "the distinctive senses of the national anthem and fighting for justice should each stand alone."  In other words, the national anthem's "land of the free and the home of the brave" doesn't include the freedom and bravery to protest for justice in ways that garner the maximum amount of attention.

But where was Knight's "fight for justice" when these anthem protests first began, when unarmed African-American men and women were being routinely abused and killed by police officers, when prosecutors routinely refused to prosecute these officers, or, during the rare occasions when they were prosecuted, they were just as routinely acquitted by biased judges or predominantly white juries?  In fact, Knight's agreement to perform came roughly the same day a Chicago judge (who not surprisingly was a former prosecutor) acquitted three officers of attempting to coverup the circumstances surrounding the police shooting of Laquan McDonald, which, according to an article in the Chicago Sun Times, "was the latest in a string of high-profile trials in which Chicago police officers accused of wrongdoing were cleared by judges . . . ."

Secondly, Knight claims that her own fight against prejudice and that her once "being at the forefront of this battle" somehow negates the message of modern-day activists or makes their causes less important.

Even a rudimentary study of American history disproves this argument.  Prior to the Civil War, America had an extremely vocal movement fighting for the abolition of slavery.  Many of the most prominent abolitionists were white.

When slavery was finally abolished, most of these white abolitionists retired in contentment that their goal had been accomplished, ignoring the fact that "chattel slavery," as it was known, was simply replaced with "quasi-slavery" in the form of segregation laws.  Some historians even argue that this form of slavery was more vicious, because once African-Americans were no longer considered to be "property," the white populace could abuse, maim, torture, and murder them at will.

Knight may have fought a "battle," but a battle is not a war, and while courageous young men and women, like Colin Kaepernick, risk their livelihoods, and even their lives, to win this war, Knight waves the white flag of surrender.

But perhaps the most despicable thing about Knight's defense is that she has arrogantly anointed herself the goddess of "unity" by proclaiming, "I pray that this national anthem will bring us all together in a way never before witnessed . . . ."

Despite her quixotic delusions, the NFL did not select Knight because of its belief in "unity."  The bigoted, Trump-supporting, NFL owners and executives selected her, an African-American woman, as a token of the fictitious snake oil "progressiveness" and "enlightenment" they are trying to market.

Even if she disagrees with Kaepernick's protest, Knight should be ashamed of backing a league that routinely signs and defends players accused of domestic violence and other crimes, that has purged almost all its African-American coaches in a league where 70% of its players are African-American, that overtly bans players with consciences and then lies about doing so, and that supports teams whose racist nicknames denigrate Native-Americans.

The late, great anti-apartheid activist Steve Biko once said, "The most potent weapon in the hands of the oppressor is the mind of the oppressed."  Biko was murdered for fighting his oppressors; Knight, Big Boi, and Scott sing for them.

Even Judas would be ashamed.