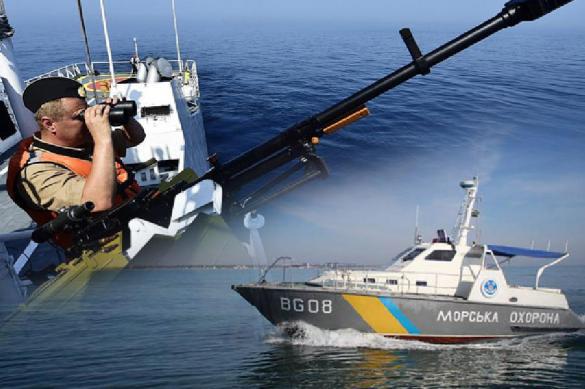 Ukraine is a virtual US colony - the way it's been since the Obama regime's February 2014 coup, replacing democratic governance with fascist tyranny in Europe's heartland.

Ukraine shares a near-1,500 mile land and sea border with the Russian Federation, the longest Western frontier with the country.

The regime running things is a hotbed of militarized extremism, waging war on its own people, committing appalling human rights abuses - with full support and encouragement from Washington and key NATO countries.

Stop NATO's Rick Rozoff earlier explained that Ukraine is "the decisive linchpin in plans by the US and its NATO allies to effect a military cordon sanitaire, severing Russia from Europe" - part of a sinister plot, risking East/West confrontation.

Vladimir Putin earlier said "(t)he appearance on our borders of a powerful military bloc...will be considered by Russia as a direct threat to our country's security," adding:

Russian missiles will target Ukraine if it joins NATO or allows Washington's (solely for offense) missile defense shield to be installed in the country.

Two important developments are worrisome. US orchestrated and directed Kiev war on Donbass in the country's southwest since March 2014 intensified.

Ukrainian forces began heavily shelling residential areas of the People's Republic of Donetsk (DPR) in Donbass, the heaviest aggression in over a year.

It came after Kiev installed S-300 air defense systems along the Donbass border, at the same time as a likely US orchestrated CW false flag occurred in Aleppo, Syria, and a provocation by Ukrainian naval vessels in Russian Black Sea waters.

"They did not respond to legitimate demands by the ships and boats of Russia's FSB Border Guard Service escorting them to stop immediately and performed dangerous maneuvers."

"(W)eapons were used to force the Ukrainian warships to stop." The ships and their crew members were seized and detained. "Three wounded military servicemen of the Ukrainian armed forces received medical assistance."

The Kremlin initiated a criminal investigation into the incident. Kiev understands proper navigation procedures for passing through Russian territorial waters, including the Kerch-Yenikale Canal.

The US installed Poroshenko regime followed innocent passage procedure before, not on Sunday, committing an unacceptable provocation.

According to the FSB, "before making such dangerous and irresponsible decisions, the Kiev leadership should have thought about possible consequences of its actions."

Russia has what it calls "irrefutable evidence" of the staged provocation - to be revealed soon.

Russian Deputy Foreign Minister Grigory Karasin slammed Kiev, calling the incident "premeditated." Its aim was likely all about imposing martial law for 60 days ahead of March 2019 presidential elections, along with a pretext for imposing more illegal US sanctions on Russia.

"Obviously, it is easier for Poroshenko to carry out his election campaign amid this background," Karasin explained, adding:

"Unfortunately, our worst fears have proved true. Kiev and the West have chosen the Sea of Azov as a region where Ukrainian provocative actions can promptly give results that are required in order to trigger an international scandal."

Moscow called for an emergency Security Council meeting on Monday to discuss what it called "maintenance of international peace and security" - despite US/UK/French veto power preventing condemnation of what happened.

Russia no doubt will be blamed for the provocation committed against the country, a familiar pattern repeated many times before.

Kiev's action violated Articles 19 and 21 of the UN Convention on the Law of the Sea by entering Russian territorial waters without permission, along with failure to respond as required to legal Russian demands and conducting dangerous maneuvers.

Under a 2003 treaty, Russia and Ukraine have freedom of navigation rights in the Kerch Strait - providing defined rules are followed through the narrow waterway.

Requesting and receiving permission to sail through the Strait is required. Kiev acted extrajudicially, according to Moscow.

The Kerch Strait separates the Crimean Republic from the Russian mainland. Russian Federal Security Service forces are responsible for maintaining order along the country's land and maritime borders.

Its officers repeatedly asked the Ukrainian vessels to leave Russian territorial waters, ignored by their commanders. The maritime area in question was temporarily closed to navigation for security reasons.

Kiev "first stages a provocation, then plays power games, and  accuses" Russia for its own unacceptable provocation.

The incident begs the question. Did Trump regime hardliners, together with Pentagon commanders, orchestrate what happened? Was the incident staged as prelude for more tough US actions on Russia?

The White House has yet to react to the incident. Putin and Trump are expected to meet on the sidelines of this week's Nov. 30-Dec.1 G20 summit in Buenos Aires, Argentina. The incident surely is to be discussed.

Author`s name Stephen Lendman
*
18:54
Ukrainian soldier uses chainsaw and fire to release US howitzer from ice trap
18:30
Onet: Ukraine will lose in six months due to shell shortage
14:17
Russians buy more than 50 tons of gold in 2022
13:34
USA's plan to give 20 percent of Ukraine for peace hoax
19:57
Russia will use all of its military potential to counter Western arms supplies to Kyiv
18:34
Biden changing strategy on Ukraine to reach diplomatic solution with Russia
17:36
Consequences of NATO's possible supplies of fighter jets to Ukraine get clear
15:16
Ukrainian forces suffer heavy losses while trying to cut across Dnieper
13:35
USA's next step is to suppress European economies
12:52
Victoria Nuland turns herself in about Nord Stream blasts
Medvedev: Ukraine as a state to be devastated, go bankrupt and be turned into colony