The strategy of Vladimir Putin, in the difficult Libyan chessboard, has always been particularly silent. The Kremlin, after the fall of Muhammar Gaddafi, moved with caution, aware that the end of the colonel had a disastrous effect on the construction of the Russian strategy in the Mediterranean after the fall of the Soviet Union. But the West, which has made a hell out of that Libya, has not supplanted the other superpowers. After Gaddafi, another leader did not arrive, but the war exploded: civil and not. And in this quagmire, Russia has managed to transform itself into an increasingly dynamic and increasingly necessary actor. Italy knows it very well, since Giuseppe Conte [the now in Office Italian Prime Minister] went to Moscow to drag Russia to his side. 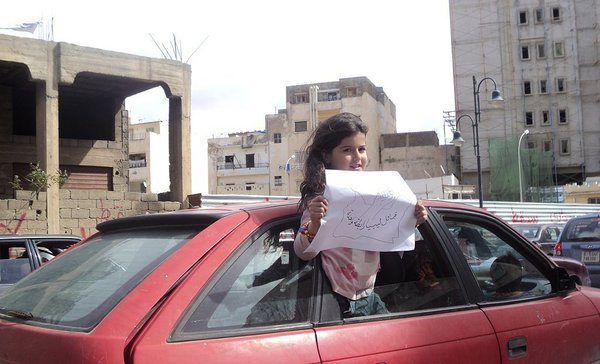 Unlike what happened in Syria, Moscow did not immediately (and definitively) choose an ally. Here there was not a Bashar al Assad to defend against the advance of the Islamic State. And there were no gangs of jihadists ready to defeat an allied government or opposing powers eager to overthrow the system of alliances. There was chaos. And in the chaos, Putin preferred to play in a different way, focusing not on one player, but trying to dialogue with everyone. The Kremlin has never hidden the sympathies for Khalifa Haftar, the strong man from Cyrenaica. Evidence of this is also the latest recent trip by the Libyan Marshal to Moscow, where he met Russian Defense Minister Sergei Shoigu. The two discussed, you read on the official page of the Libyan National Army, "the strategies to resolve the Libyan crisis and the fight against terrorism".

But Russia has never denied the acknowledgment of the Fayez national unity government at Sarraj. And a confirmation came from the trip to Moscow of the Minister of Economy of government of national unity, Naser al Darsi, who went to the Russian capital to talk with his interlocutors in the Kremlin, in particular with the deputy minister Mikhail Bogdanov (who will be in Palermo representing the Russian government).

A bipartisan choice that has a specific purpose: to stand up to a mediating power and necessary for all the sides useful for the Russian strategy. As the head of the Russian contact group on Libya, Lev Dengov, said in an interview with Kommersant [ https://www.kommersant.ru/doc/3374208?utm_source=kommersant&utm_medium=mir&utm_campaign=four ] : "In Libya, we do not want to join any of the fighting parties". And that is why it openly supports the United Nations plan.

Libya between Algeria and Egypt

Geographically, Libya is set between the Mediterranean and the Sahara in the north-south direction, but also between Egypt and Algeria in the east and west. These two countries are fundamental for Russia in North Africa. Algiers has a long tradition of economic and military agreements with Moscow, which continue today, especially in the arms sector. To give a figure of the report, the Russian ambassador to Algeria, Igor Belyaev, has unveiled that the Algerian government has bought half the weapons sold by Russia in Africa.

Relations between these two countries help to establish relations also with the western Libyan border, where the Algerian forces are present. Moreover, it should not be forgotten that Algiers have bad relations with Haftar (ally of Moscow) but it is also a fundamental exporter of gas in Europe (especially for Italy). This strange plot means that Algiers and Moscow are also obliged interlocutors on Libya.

But it is above all with Egypt that a solid axis has been built on the front of the Libyan dossier. And in this sense Haftar is the perfect point of contact. Putin can not fully support the Marshal of Tobruk, but he can do it indirectly through Cairo. Russian-Egyptian relations are at the highest levels: Putin and Abdel Fattah Al Sisi share many ideas on the Eastern Mediterranean side of North Africa. And Haftar's forces are supported both by Egyptian troops and by Russian command, which seems to be already present in Cyrenaica through groups of contractors. For the Kremlin it is essential to have Egypt on its side. Not just for Libya, but also for the Middle East.

Russia is interested in Libya for several reasons. First of all, the main one: the strategic one. Moscow has always needed to have outposts in the Mediterranean. Access to warm seas is fundamental to the Kremlin's naval strategy. And having allies in the Mediterranean is not at all simple, because the game is complex and the powers involved are many. Gaddafi's Libya could be a valid ally. Not like Assad's Syria, but it certainly did not represent a partner of the United States. His fall has jeopardized the freedom to maneuver Russia in the central Mediterranean. Therefore, it is clear that Putin could not take his eyes off the Libyan shores.

To these interests of a military nature, huge economic interests joined. There are basically three guidelines on which Russian politics in Africa and the Middle East develop: energy, infrastructure and weapons. And on these three lines Russian politics in Libya has also been built. Minister Darsi, in Moscow, has confirmed the agreements with Russia for the construction of Benghazi-Sirte high speed railway, in an area that is still controlled by Haftar. A 2 billion dollar contract that for the Libyans means above all development and connection between the different parts of the country.

Russia is clearly interested in the fact that its companies are involved in Libyan reconstruction. But infrastructure is only a small part of Moscow's economic interests. Rosneft, a Russian energy giant, has already signed agreements with the National Oil Corporation (NOC) for the exploration, extraction and purchase of oil. In Rosneft, there are also Gazprom and Tatneft, already involved in the North African country and the latter in particular in Sirte and Ghadames. Three giants who represent the three arms of energy with which Russia wants to return to the Libyan match after years of exclusion. And it is also for this reason that the United States has begun to reactivate in Libya also on the energy front: the matter also affects Washington's interests.

Third sector: weapons. Key industry for the Kremlin, especially in Africa and Asia. The challenge between Russia, China and the United States also affects the war sector. And Libya is part of this great game. In pre-war Libya, Moscow and Tripoli had extremely important agreements in the field of arms. Gaddafi had signed agreements with the Russian government both in 2008 and in 2010 for a turnover of about 3.5 billion dollars. And there were many other agreements at stake, then jumped or suspended after the start of the war and the UN arms embargo. According to estimates by Rosoboronexport, the Russian organization that deals with the export of military technology, the Federation's war industry lost, after 2011, about four billion dollars of contracts.

If Russia is interested in Libya, the opposite is also true, that Libya is interested in having Russia. Unlike other powers, Moscow has always been on the sidelines, recognizing, as explained above, political value to all major Libyan leaders, without denying the link with Gaddafi. In fact, Russia has been coherent and astute in never taking sides excessively: and this has helped it not to gain enemies. This political guarantee helps, especially at a time when other states seem willing to control Libya. For this reason, many Libyan factions see in the Kremlin a power that substantially guarantees the balance and interests of all the parties in conflict.

There are also many economic interests. To begin, as mentioned, from the infrastructural one. Minister Darsi reiterated to Kommersant that "the infrastructure issue is basic and Russia has a lot of experience". Contracts for railways and highways had already been concluded when there was still Gaddafi. And now there are many who want to brush up those agreements.

And to these interests on strategic assets, much more concrete interests are added in the food sector. Libya is a country at war, where food is scarce. And hunger, in addition to the destruction of a population, leads to instability and violence. Russia, in recent years, has significantly increased agricultural production, becoming a food power. For this reason, Darsi has always explained, the importation of wheat and fodder has been discussed, proposing a 700 million dollar agreement [ https://www.libyanexpress.com/libya-to-import-700-million-worth-wheat-from-russia/ ].