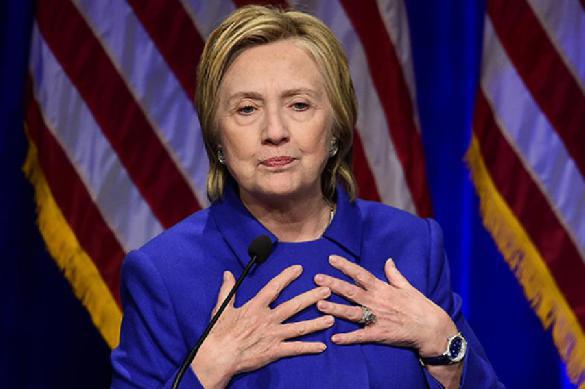 Say it isn't so. Hillary Clinton is profoundly unfit for any public office.

Besides being hugely unpopular and a two-time loser for the nation's highest office, she's the most ruthlessly dangerous presidential aspirant in US history.

She's unaccountable for major war crimes, racketeering, and perjury, along with contempt for rule of law principles and the fundamental rights of ordinary people everywhere.

Yet the FBI and Justice Department refuse to lay a glove on her, preoccupied with Robert Mueller's Russiagate witch hunt, along with charging countless numbers of ordinary Americans with offenses too minor to matter or invented - especially people of color and Muslims.

It's in deference to the nation's racist prison/industrial complex, the world's largest by far.

Mass incarceration in America is a crime against humanity - supported by Republicans and undemocratic Dems alike.

It reflects a US obsession with imprisonment, punishment, and the commodification of prisoners to fill beds for profit.

Society's most vulnerable are oppressed, targeted for supporting ethnic justice, racial emancipation, along with political, economic and social equality across gender and color lines.

Mandatory minimum sentences exacerbate the problem. So do other racist policies, including judicial unfairness, three strikes and you're out, get tough on crime policies, and a guilty unless proved innocent mentality in a ruthless nation masquerading as democratic.

It's a money laundering operation, masquerading as a charitable NGO - Bill, Hillary and Chelsea the main beneficiaries.

"...Hillary Clinton has a demonstrated record of showing contempt for the rule of law," said JW, abusing public offices held, using them for extrajudicial power-grabbing and self-enrichment.

As president and commander-in-chief of America's military, unthinkable nuclear war could become a reality with her in charge.

The Clintons are one of America's most notorious crime families - Bill and Hillary as co-president, she as first lady, senator, secretary of state, and two-time presidential aspirant.

Will she try again in 2020? According to the Wall Street Journal: "Hillary Will Run Again. Reinventing herself as a liberal firebrand, (she'll) easily capture the 2020 nomination," adding:

Reinventing herself for two presidential runs failed. Her 2016 campaign cooked the books to steal the nomination from Bernie Sanders. Her key New York primary win was rife with irregularities.

Over 125,000 registered voters were purged from NYC rolls, illegally disenfranchised. So were over three million registered NY independents.

She stole Iowa by rigged coin-flips - Massachusetts, Nevada and Arizona by old-fashioned fraud.

Former acting DNC chairwoman Donna Brazile accused her of a conducting a hugely unethical power play to usurp control of the (undemocratic) Dem party during the primary season - to assure her selection as presidential nominee, rigging things against Sanders.

DNC fund-raising was a "money laundering" scheme, Brazile revealed, as an insider well aware of what went on. The race for Dem nominee was decided before primaries began.

November 8, 2016 was a day to remember. Overwhelmingly one-sided media coverage for Hillary slammed Trump daily for the wrong reasons ahead of election day. Polls predicted a sure Hillary triumph.

The NYT turned truth on its reinventing her, saying she's "the right choice for the Democrats to present a vision for America...one of the most broadly and deeply qualified presidential candidates in modern history."

He won. She lost. A Clinton co-presidency 2.0 would have combined the worst of Bush/Cheney, Obama and Trump - featuring endless wars of aggression, fealty to Wall Street and other corporate interests, Russia bashing worse than now, destroying social justice, and likely full-blown tyranny against dissent.

Analyst Doug Henwood earlier said her qualifications "boil down to this. She has experience. She's a woman, and it's her turn. It's hard to find any substantive political argument in her favor."

As first lady, she pushed husband Bill to terror-bomb Belgrade in 1999. The rape of Yugoslavia raged throughout the 1990s, culminating with 78 days of lawless US-led NATO aggression from March 24 - June 10, 1999.

She's as hawkishly belligerent as the most hardline Trump regime neocons. A Wall Street favorite, her self-proclaimed progressivism was and remains pure fantasy. She encouraged husband Bill to end welfare for needy households.

She has a long dissembling history, promising one thing, doing something entirely different, especially on issues mattering most.

Throughout her public life, she wholeheartedly supported all US wars of aggression. As a 2008 presidential aspirant, she said the following at AIPAC's annual convention:

"The United States stands with Israel now and forever. We have shared interests...shared ideals...common values. I have a bedrock commitment to Israel's security."

"(O)ur two nations are fighting a shared threat" against Islamic extremism the US created and supports. "I strongly support Israel's right to self-defense (and) believe America should aid in that defense."

"I am committed to making sure that Israel maintains a military edge to meet increasing threats (despite none except invented ones).

"I am deeply concerned about the growing threat in Gaza (and) Hamas' campaign of terror" - blaming the victim rhetoric, what the US and Israel repeatedly feature. Hamas and all Palestinians are victims of US supported Israeli state terror.

"I support calling the Iranian Revolutionary Guard what it is: a terrorist organization. It is imperative that we get both tough and smart about dealing with Iran before it is too late."

She backs "massive retaliation" if Iran attacks Israel, saying at the time:

"I want the Iranians to know that if I'm president, we will attack Iran. In the next 10 years, during which they might foolishly consider launching an attack on Israel, we would be able to totally obliterate them."

She's militantly against what all just societies cherish, as mean-spirited as the worst of tinpot despots.

Her record in public office proved it. It's hard imagining a worse choice for president, a more dangerously ruthless one, a disaster waiting to happen with her in the nation's highest office.

World peace already hangs in the balance. A Hillary presidency could doom us all - if Trump regime hardliners don't do it first.

According to the WSJ, despite all of the above, Hillary "has a 75% approval rating among Democrats, an unfinished mission to be the first female president, and a personal grievance against Mr. Trump," adding:

"Expect (her) to come out swinging...She has had two years to go over what she did wrong and how to take him on again."

Nixon's 1968 comeback "will be (her) model. (She'll) sideline Bill and Mr. Obama, limiting their role to fundraising."

She'll "take down rising Democratic stars like bowling pins. Mike Bloomberg will support her rather than run, and Joe Biden will never be able to take her on."

Humanity trembles at the prospect!