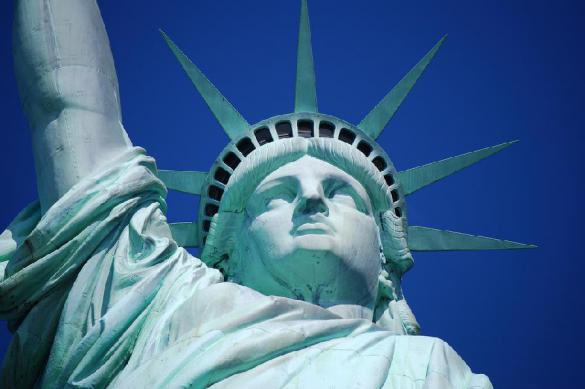 With bipartisan support, fundamental freedoms in America have been eroding for years, notably since the neoliberal 90s.

Things greatly accelerated post - 9/11 - the mother of all false flags used as a pretext for virtually anything goes at home and abroad.

It's a fantasy democracy, not the real thing, a one-party state with two extremist right wings running things - ordinary people with no say over how they're governed.

Elections when held are farcical - 2018 midterms next week to leave dirty business as usual unchanged, regardless of whether Republicans or undemocratic Dems control the House and/or Senate.

America's transformation toward tyrannical rule began in earnest post-9/11 - notably by enactment of the USA Patriot Act, trampling on Bill of Rights protections.

Legislation was written, on the shelf, ready to go long before 9/11 - awaiting a pretext to enact what no free societies tolerate.

Lawmakers capitalized on a window of hysteria to grant unchecked executive powers, signed into law by GW Bush 45 days after 9/11.

Things continued downhill from there, including establishment of the Homeland Security Department - the national Gestapo along with the FBI, CIA and NSA.

The Patriot Act created the crime of domestic terrorism for the first time. Henceforth, anti-war or global justice demonstrations, environmental or animal rights activism, justifiable civil disobedience, resisting growing tyranny, and dissent of any kind may be called "domestic terrorism."

First Amendment speech, media and academic freedoms are fast eroding, along with assembly and association rights. Ordinary people have virtually no right "to petition the Government for a redress of grievances."

Fifth and 14th Amendments due process rights were compromised. Arrest, prosecution, and imprisonment for alleged involvement in terrorism or association with an "undesirable group" leaves anyone vulnerable to state-sponsored abuse.

Fourth Amendment protections from unreasonable searches and seizures were lost, along with privacy rights.

Big Brother watches everyone - with access to personal communications, financial and medical records, along with virtually everything else sought.

Trump escalated foreign wars he inherited, waging homeland war on unwanted immigrants, refugees, and asylum seekers from the wrong countries, along with war on workers and other ordinary Americans, notably the nation's most vulnerable he doesn't give a hoot about - breaking virtually every positive campaign promise made, others in his inaugural address.

America's deplorable state worsened on his watch, risking war with Russia, China, and Iran, heading the nation toward full-blown tyranny.

Abandoning the JCPOA and Intermediate-Range Nuclear Forces (INF) Treaty heightened global instability and tensions - increasing chances for greater wars instead of responsibly stepping back from the brink to end them and avoid new ones.

"No state shall make or enforce any law which shall abridge the privileges or immunities of citizens of the United States; nor shall any state deprive any person of life, liberty, or property, without due process of law; nor deny to any person within its jurisdiction the equal protection of the laws."

The 14th Amendment is constitutional law, not subject to abrogation by presidential executive order or any other action.

Past Supreme Court rulings affirmed 14th Amendment rights, including United States v. Wong Kim Ark (1898). It upheld the citizenship rights of a Chinese newborn, even though the child's parents were prohibited from becoming US citizens by the long ago outdated 1882 Chinese Exclusion Act.

The court stated that "(t)o hold that the 14th Amendment of the Constitution excludes from citizenship the children, born in the United States, of citizens or subjects of other countries would be to deny citizenship to thousands of persons of English, Scotch, Irish, German, or other European parentage who have always been considered and treated as citizens of the United States."

In later rulings, the High Court upheld the citizenship rights of children of undocumented aliens born in America.

Trump wants their rights abolished by executive order - a flagrant constitutional violation. His action will surely be judicially challenged. According to ACLU Immigrants' Rights Project director Omar Jadwat:
"The president cannot erase the Constitution with an executive order, and the 14th Amendment's citizenship guarantee is clear," adding: "This is a transparent and blatantly unconstitutional attempt to sow division and fan the flames of anti-immigrant hatred in the days ahead of the midterms."