A critical time for the girls of our world

A critical time for the girls of our world 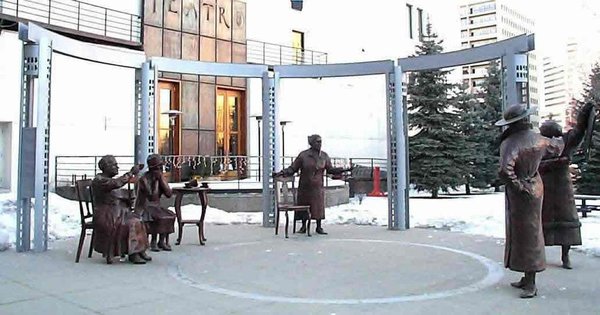 Executive Director of UN Women writes an op-ed about the critical time the girls of our world face, about banding together, taking a stand

Raising your voice, speaking out and facing the consequences together is the way forward in a difficult world for girls, according to UN Under Secretary-General and Executive Director of UN Women, Phumzile Mlambo-Ngcuka. It is a difficult world because the odds are still today stacked against women.

They are harassed, raped, abused, are victims of discrimination and violence in a macho world which pays lip service only to women's rights and gender equality in many cases, but in which only four per cent of women who experience sexual harassment and assault seek help from the police.

A letter to girls from Phumzile Mlambo-Ngcuka, UN Under Secretary-General and Executive Director of UN Women, on International Day of the Girl Child

This is a critical time for the girls of our world. It is a time for the protection and assertion of rights, a time to listen hard and speak louder, no matter how difficult; to call out the continuing imbalances of power; to band together and take a stand on the changes that must happen so that girls and women are heard and their experiences are taken seriously. It is a time to act, together with men and boys, on the issues that will determine a lived equality for all, central to which is the ending of violence against women and girls.

We see over and over again how hard it is as an individual to raise your voice in defense of rights and how easily authority figures can discount, trivialize or silence it.

It should not be difficult to complain about the violation of rights, but it is, especially in situations where shame has become normalized, as is often the case for example with the experience of sexual violence. Globally, less than 40 per cent of women who experience sexual harassment and assault seek help of any sort, with only 4 per cent seeking help from the police.

We are working to shift the burden of shame to those who commit the abuse, and to stop the stigmatization and silencing of the survivor. Survivors must be at the centre of any response; and their experiences must be listened to and acted on to end the culture of impunity. We urge all institutions, public and private, to do the same, whether a school, a place of worship, a sports club, a transport company or any employer or political leader. Young people also have a responsibility to hold leaders to account and to call on them to put survivors at the centre, upholding the highest standards of respect, with zero impunity.

During the 73rd UN General Assembly, UN Women presented a report on the intensification of efforts to eliminate all forms of violence against women and girls. That report made it clear that such acts of violence are a systemic violation of human rights in all settings, including online. It urged all global leaders and organizations to take specific actions to address issues like the unequal power relations between men and women, the social norms that condone and perpetuate violence, the strengthening of laws and judicial processes, and the provision of victim support.

Solidarity matters. We have seen the power of solidarity to resist and counter silence. National and international movements against violence and sexual harassment like '#MeToo,' '#TimesUp,' '#BalanceTonPorc,' '#NiUnaMenos and UN Women's #HearMeToo, have brought momentum and visibility to public calls for an end to impunity. This solidarity must continue so that we can end the impunity not only of individuals but also of institutions.

The marches of protest and online mobilization that have marked many of these public movements have included women and men, girls as well as boys. These demonstrations of inclusivity, of equality, of shared values, are deeply significant because they are the only way to fight those who seek to limit rights and suppress voices of dissent. They provide a counter narrative to the versions of new order emerging today in countries across the world.

Ending violence against women and girls is at the heart of our work and a central part of fighting for gender equality. On this Day, we stand with girls everywhere as they inspire, innovate and take charge of their own future. We celebrate the strength and the potential of the 1.1 billion girls in today's world who are challenging the status quo, raising their voices against violence, innovating technology to solve global challenges, standing up for the environment, and preparing to lead.