Pravda.Ru on Reddit's 'Ask Me Anything.' US-Russian friendship is dead

I am Dmitry Sudakov, Pravda.Ru English editor. On October 3, Pravda.Ru took part in Reddit's AMA (Ask Me Anything) online conference, in which various people from around the world - policy-makers, representatives of the entertainment industry, and so on and so forth - log on to Reddit so that site visitors could ask them anything in real time. 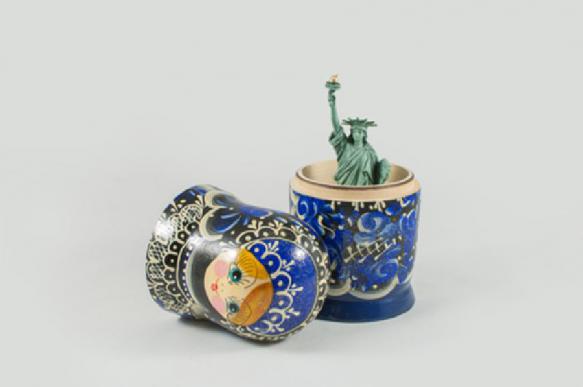 When an AMA moderator approached me, I accepted the offer without knowing what the whole thing would look like. I thought it would be good to participate in the event, because Reddit is such a popular platform in the West. I knew that an editor of a Russian newspaper would face some criticism, but I didn't expect it to turn into a storm of criticism.

Scathing questions like "Do you like tea?" - "Yes, I do." - Can you identify the taste of polonium in it?" quickly evolved into name-calling with 'you pig' and 'you sick f***' being least offensive. The posters, who clicked on this AMA started asking questions proceeding from what their media feeds them every day and every hour. They have arranged a major anti-Russian hysterical party, in which they were screaming slogans and headlines from Western publications while calling me an utterly brainwashed individual. This has once again reaffirmed my belief in mass media being a major tool that influences people's minds like nothing else, albeit, unfortunately, in a negative way. Most of the posters, whom, as I believe, were US citizens, started reproducing all those things that the US government has been accusing Russia of for years now non-stop. They started throwing those accusations into my face claiming that Russia dismembered Ukraine and annexed the Crimea. They do not even try to think whether their government was behind the coup in Ukraine. They do not even question that - Russia invaded Ukraine. Period. Before that, Russia had invaded Georgia too. This is the ultimate truth for them. They do not even try to think that the Ukrainian government that came to power as a result of a coup is illegitimate, because their president Yanukovych was nearly killed and toppled illegitimately making sitting president Poroshenko just as illegitimate. Nevertheless, the international community is OK with that.

They accuse Russia of Flight MH17 shoot-down even though no one has ever been able to find out yet who caused that tragedy. They do not even try to assume that it could be Ukraine, at least in theory. For them, Russia is guilty. They don't question that.

The discussion quickly developed into a full-fledged anti-Russian hysteria at its finest. At one point I had the feeling like I was chatting to a bunch of journalists from Western publications, whose job is to defame and demonise Russia as much as possible. However, those were just people, common people from the United States of America, who, like everyone else, are busy with their daily routines, their work and family, etc. The degree of their aversion to Russia amazed me. In events like this, you try to say something, but you can say only a little, just a few basic things, but they still bounce back denied, misunderstood and criticised. I wanted to be friendly and never wanted to call anyone names in that discussion, but a lot of people took liberties and thought that they have the right to insult brutally. When I wrote in one of the comments that the friendship (if there were any) between Russia and the United States has been buried forever, most of the people did not find it regretful - they were happy about it. For them, Russia is still the empire of evil, sadly. I believe that many of those people would press the red button to nuke Russia if they had such an opportunity. Russophobes calling Russia homophobic - how funny is that?

I wonder if they criticise their government. They mock and insult their president, this I know, but they do not seem to be able to question the things that the US government has been doing lately, committing acts of economic and political extremism against so many countries in the world. Barack Obama declared America an exceptional nation (who would have thought he would say such a thing!), which means, as one is led to believe, that the USA is above all others. Sounds like Hitler's "Deutschland über alles" slogan. This exceptional country kills thousands of people wherever US troops are deployed. They ravaged Iraq, Libya, Syria, terrorised Afghanistan and planted a puppet government there, and now they get really mad because they can't do the same to Iran (a nuclear innuendo might be involved). They do not care how many civilians get killed as they sow chaos in the Middle East. The more civilians, including children, die, the better the US feels. As Madeleine Albright said once replying to a question about half a million dead children - "The price is worth it."

And, of course, the Americans despise Putin. They despise him for being a strong leader. They despise him for promoting and defending Russian interests. Some poster wished him to die. I guess they would be thrilled to see Russia dying too. I very well remember the time when the West was praising Russia and calling it a democracy as Russia was lying in ruins, while selling its wealth to the West for kopecks. This is what the West wants Russia to be - weak, weak-willed, obedient, controlled, ruined. All in all, Putin showed the West a middle finger to that, that's why they hate him in the first place.

Will there be any understanding between Russia and the United States ever? Russian politicians still call their US counterparts "partners" while implying a completely different word. The rhetoric from US politicians gets increasingly twisted every day. All they do is threaten all who disobey, as if the world is their kindergarten. Is it supposed to be an empire of goodness? All empires fall sooner or later. Is the US empire in agony? What a mad world we are all living in.