The new war front of the confrontation between Russia and Ukraine

The crisis between Ukraine and Russia is enriched by a new war front: the Sea of ​​Azov. In recent weeks, the body of water joint with the Black Sea by the Kerch Strait has become the object of a dangerous escalation, not only political but also military. And since the war in Ukraine is the most bloody European conflict since the war in the Balkans, any increase in tensions should not be underestimated. 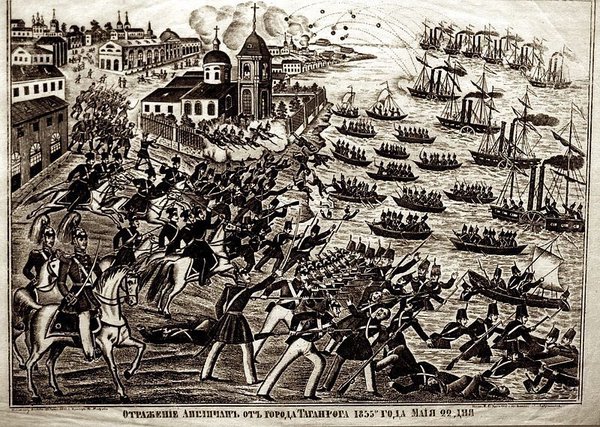 As reported by Agenzia Nova in these days "the General Staff of the Armed Forces of Ukraine decided to strengthen the grouping of troops in the direction of Azov. These measures are taken due to the 'aggressive actions' of Russia ".

The announcement was made directly by the commander of the Ukrainian terrestrial forces, Sergei Popko and is part of the growing hostility between Kiev and Moscow on a maritime area that, after all, does not represent a body of water particularly rich in resources. However, from a political and strategic point of view it is, to date, very important.

The situation in the Sea of ​​Azov has worsened, in the latter period, due to the increasing tensions between the Russian and Ukrainian navies, particularly concerning fishing vessels. In March, the North, a fishing vessel of a Crimean company, was detained by Ukrainian guards [https://www.maritime-executive.com/article/ukraine-and-russia-face-off-over-fishing-boat] because it was accused of violating the sea borders of Kiev.

The violation, openly denied by both the ship's crew and the Crimean authorities, led to a reaction by Russian border guards with an exponential increase in controls on all Ukrainian ships. An intense activity and certainly to the detriment of the Ukrainians but completely legitimate, because between Ukraine and Russia there is an agreement of 2003 that allows inspection activities to the fleet of Moscow, but according to the Ukrainians it would be transformed into a real naval blockade.

The question is not to be underestimated. That stretch of sea is the only way of support for Ukrainian anglers. Therefore, there are two conflicting communities living on those coasts and having no interest in reaching a compromise.

But net of the economic importance for the fishing industry, the problem of those waters is that, for the Ukrainians, Russia would have started a real siege campaign against the whole commercial and economic sector of the coastal cities, starting from Mariupol, to condemn them to a slow process of isolation.

If Ukraine thinks these are the goals of Russia, on the other it is clear that for Moscow, the question is very different. The problem of the Sea of ​​Azov in the eyes of the Kremlin is that it represents a body of water that divides Russia from the Crimea. The peninsula has recently been connected by the Kerch bridge, which is a crucial hub for Vladimir Putin's strategy in the region.

For the Kremlin it is essential that this area be guaranteed by any external influence, not just Ukrainian. The possibility for Kiev to enter NATO means that part of the sea may in the future be transformed into a dangerous line between the Russian territory and that of a State belonging to the Atlantic Alliance and which can divide the Crimea from Russia.

Not surprisingly, as soon as the bridge was built, Putin ordered the dispatch of three ships to protect the infrastructure. And it is important to underline that the US State Department has entered the clash between Ukraine and Russia talking [https://www.kyivpost.com/ukraine-politics/ukrinform-state-department-russias-actions-in-azov-sea-an-attempt-to-destabilize-ukraine.html] about Russian maneuvers aimed at "destabilizing Ukraine". Therefore, the United States is fully involved in the issue. And they are for the same reason that they were interested in the Crimea: remove as much as possible support to the Russians in the Black Sea and then in the enlarged Mediterranean.

In these hours, just to confirm these Russian fears, I get the words of Franz Klintsevich, member of the Defense Committee of the Upper House, who expressed the danger that the issue of fishing boats will be exploited by Kiev to start the militarization of the Sea of Azov, heading for a dangerous escalation. Militarization that, until now, is all in favor of Moscow, already present in the area with a fleet largely superior to that of Ukraine. But the Russian problem is not the fleet of Kiev as that of potential allies.

And in the face of a Ukraine eager to protect its rights over that sea and a Russia that fears a new area of ​​conflict in which the Atlantic bloc can fit, the risk of igniting a new outbreak of tensions is very high.