Until recently, Greece and Italy seemed to be sharing the same ominous destiny: end up both of them dusted of their own riches to repay an international debt that proved to be irremediable. Like Greece, Italy has also welcomed an impressive number of immigrants not only from Africa but also from other parts of the world: the Welcome mantra has its apparent origin in Brussels, as well as the austerity policies that have been imposed to Greece and, for the moment still only partially, to Italy. All this is well embedded in a geopolitical turmoil that sees the juxtaposition between the United States and Russia always reach new excesses, despite Donald Trump's attempts to establish a better and more reasonable climate with Vladimir Putin's Russia. 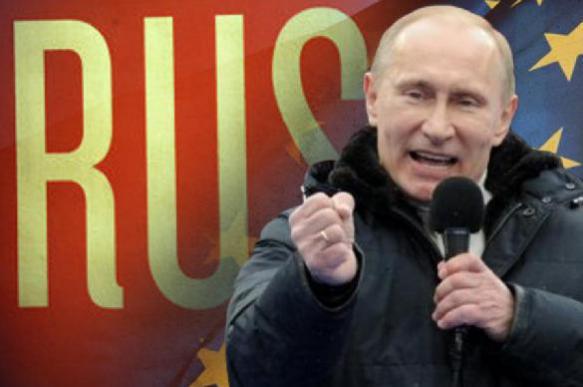 Starting from Greece and coming to Italy, what future for us Italians? And for the world? This is the focus of my last interview with Paul Craig Roberts, a man who has become, over the years, a point of reference for those who want to understand the less obvious aspects of the reality that surrounds us.

Roberts speaks with his usual frankness and what he says is not at all pleasant and comforting, contrary to the narration to which the great Italian and international media have accustomed us.

The Greek disaster has three concomitant factors. Corruption within the Greek government, which, in exchange for bribes, bought on credit goods from which the Greek people did not got a real advantage: for example, submarines for the Greek navy and bought from German industries thanks to loans granted by German banks. In this way, the German financial-industrial system has thus obtained both a profit from a direct sale and the repayment of the loan with its interests and examples of this type can be repeated. The adhesion then to the European Union and to the Euro has aggravated the suffering of Greece because the government has been deprived of the opportunity of making national currency to repay the foreign debt and stimulate the domestic economy with targeted investments. Finally, the claims of the European Central Bank have resulted in the well-known policies of austerity both in productive investments and in social security: cutting pensions, salaries, strong limits in public health, increase in VAT. All on the skin of the Greek people.

Alexis Tsipras, on whom the Greek people were optimistic, proved himself to be a political leader without force and without an electoral base that could really impress Brussels: two or three tens percent of votes may seem so much at the local level, but not enough when it comes to dealing with international business institutions. According to Roberts, if Tsipras had a 65% vote, he would have been taken more seriously by Europe and by institutions like the International Monetary Fund, which are driven by big and ruthless economic interests. However, this did not happen.

To make matters worse, the International Left has lost its innermost nature and has involved in a corrupt force that has embraced capitalism instead of continuing to defend workers as it has always done in the past. This new left embraced a Jewish Marxism that prefers gender theories, for example, to the needs of workers. In this involution, white working men have taken the place of capitalists and homosexuals, lesbians, transsexuals, black people have become the new exploited to be defended. However, they constitute divided groups that can not meet in a common front. The working class, which first incorporated all the workers, was therefore presented as an enemy of the current system: it is composed of those that Hillary Clinton called the "deplorable" and who then voted en masse for Trump.

From Greece to Italy, with an eye to the new government of Giuseppe Conte, a government that sets itself on a collision course with Brussels and seems to want to carve out spaces of autonomy or independence that were unthinkable in the past. Roberts is clear: there are no "markets". There are large international financial organizations that speculate against the Nations. What can Italy do to avoid disastrous attacks on our economy? Very little, says Roberts, because Italy is not a sovereign nation. And he adds: Italy belongs to the European Union and in the European Union there are no sovereign nations. It is a contradiction.

Useless are also the good relations that the Italian Prime Minister, Giuseppe Conte, has established with Trump, an American president who, painfully recognizes Roberts, ended up under attack by those same forces that instead should defend him and America: an attach only because he tried and tries to establish normal relations with Russia. The chances that the United States will come to the rescue of Italy are very scarce and it is difficult to say what Italy could do to avoid a Greek scenario because of its internal difficulties and its belonging to the European Union. The leaving of the European Union and of the euro opens to consequences that can not be immediately defined as positive.

At a geopolitical level, what Roberts presents to us is a potentially horrible future that starts from a grim present. How else to define a present in which the American president is under attack on the basis of accusations fake and orchestrated by that military-industrial complex that engulfs an unreasonable part of the American budget? Or a present in which the overwhelming power of the great international financial circles, gathered in a fractured Superclan, has been screwed up in a race to its own suicide, in which unfortunately it will also drag peoples and Nations? The risk of nuclear war between Russia and the United States is always high and maintained artificially high by those in Washington who do not want to establish normal diplomatic relations with Moscow. Hence, the continuation of proxy wars in the Middle East and provocations in Eastern Europe.

I see little space for that gesture of pride of the European Union that, according to Roberts, could save the situation. If it is true that none of the American imperial adventures of the last few years would have been possible without the help and complicity of the European Union, it is also true that European rulers belong to the same Superclan that is on its way to its own end.

Here is the interview with Roberts: