Now it's Law: Israel is not a Democracy

In 1917 the future Israeli Prime Minister Chaim Weizmann, questioned by the philosopher Arthur Ruppin (also convinced Zionist) about the possible relations of Jewish immigrants with the native Palestinian population, replied in a dry way: 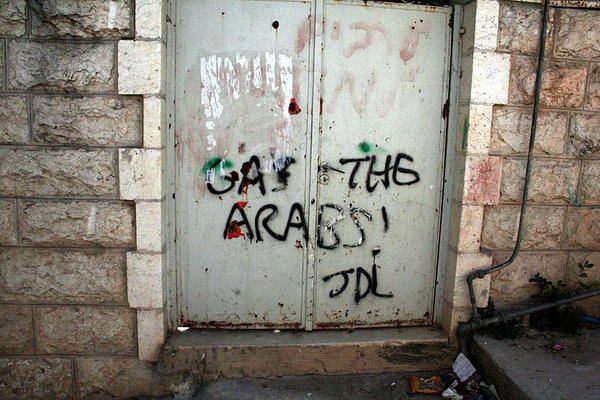 the British have assured us that in Palestine there are only a few thousand kushim (negros) who do not count for anything.

More or less in the same years, Leo Motzkin, considered wrong or right (but far more wrongly) as one of the most "liberal" exponents of Zionism, reiterated the need to continue the colonization of Palestine relocating the Arab population living there on the borders of Eretz Israel (the "Great Israel" that in Zionist projects would have included its boundaries between the Nile and Euphrates rivers). Motzkin's project, despite the Nakba, did not succeed completely and, even today, within the borders of what the law passed to the Knesset defines as the "Jewish nation-state" remains a large Arab community (all about 20% of the total population). A law that makes written word the aforementioned statement by Weizmann: that a few thousand kushim (become over the course of a few million) that they did not count for anything, now, even legally, they continue to count for nothing. Ergo, we should not be scandalized by what this law, if it were still needed, has simply made evident to the whole world.

Here, for the purposes of our discussion, we are not interested in retracing the dramatic historical events which, with the nefarious European participation (Jules Cambon memorandum and Balfour declaration), led to the formation and affirmation of this colonial outpost in the Near East. Now this is an incontrovertible historical fact that only certain hired professionals of the lie could deny or try of controverting. We do not even want to underline how a Jewish people does not exist ethnically (and not only religiously) homogeneous even if this law would seem to suggest it. The majority of today's Israeli population, for example, is not of Semitic origin. What we are interested in is trying to understand why this aura of ​​impunity, perennial justification of the unjustifiable that often reaches its climax in affirmations like but they also makes gay pride (sic!), remains with Israel.

Faced with a fully acquiescent West, or even an accomplice (Trump administration and its allies), it seems almost natural and due to a government like that of Benjamin Netanyahu to do what you want by going far beyond what his predecessors did. If no limits are set and everything is allowed, it is natural that a people who base their philosophical-existential logos on personal divine election will feel entitled to kill thousands of unarmed Palestinians on the borders of the Gaza Strip or to recognize illegal settlements in West Bank without fear of repercussions. In the West, there will always be someone who will justify such acts as a right to self-defense, which will speak of Israel as a model to be imitated and which will succumb to the priests and the rites of the holocaustic religion.