The Dark side of the Moon and the western political circus

The Dark side of the Moon and the western political circus 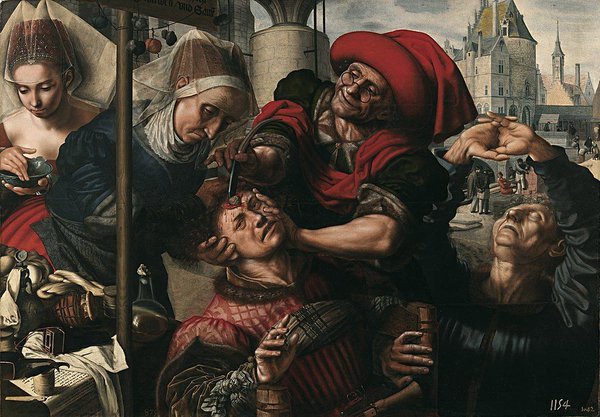 Cloud cuckoo land, or the silly season Summer months of madness? Take a look at the logic-defying lunacy coming out of western political circles and wow...

They say that if one were to enter a time machine and set the date for the month of July in Medieval times, say the tenth century to the fourteenth century anywhere in Europe (not North America because the indigenous peoples were more civilized), one would have encountered bedlam, lunacy, pandemonium. People would be walking around the villages giggling, laughing, crying, shouting, screaming, their arms flailing in the air against some invisible air-bourne assailant, others writhing around on the ground gurgling gobbledegook.

Not so different from any western Parliament or Congress, for sure, maybe even a little better. The reason why? By July the cereals in the granary had run out, the new cereals were not yet ripe to harvest and people had to make do with the seeds of wild grasses and weeds, some of them hallucinogenic.

A mirror image of the political statements coming out of London and Washington these days, which appear to have been dreamed up on the Dark Side of the Moon probably with a little help from the green stuff cultivated in Morocco.

Like hey man, da Russians shot down this Malaysian aircraft with a BUK missile system which they moved into Ukraine across the border then back again without anyone noticing not even our satellites which can pick up a matchbox in the desert and the missile didn't even leave a plume of smoke plus its shrapnel turned into the type of shrapnel fired from airplanes as soon as it hit the fuselage.

Like hey man da Russians are poisoning people in the UK with military grade nerve agents which kill people in two seconds only in the case of the Brits only one died, someone with a weakened immune system anyway due to lifestyle issues, and all the rest survived. It must have been da Russians cos it's the type of thing they do and there isn't any other alternative explanation, that toad crawling up the wall told me so, he belched it at me in Albanian monosyllables.

Like hey man da Russians managed to rig da US elections, twelve of them. Like wow, man, just twelve Russians screwed with the entire USA electoral system and elected Trump, like they could have elected a grasshopper but they decided to elect Trump ´cos he's gonna give Alaska back, see? An' that wid Hillary getting more votes than him, like how'd those dudes pull it off?

Like hey man da Russians didn't rig the election, they denied it. Like hey man that's not what I meant, I mean there is no reason to believe they didn't. Could have been Cameroon or Burkina Faso as well.

Joking apart, and not wishing to disrespect the victims of any of these incidents and their families, it is not a joke. Take away the "hey man" and you have almost verbatim the position of Washington and London these days.

Not a shred of evidence, but they blame Russia for everything. Does this garner respect? Is this a mature, stable and balanced approach? Is this being a trustworthy partner in the international community of nations? Is this an approach which fosters togetherness and common strengths?

Or is it an arrogant, imperialistic, insolent, impudent, insulting, disrespectful, discourteous, rude, snide, abusive, nasty, underhanded, contumelious, offensive, shitfaced way to conduct business by a bunch of po-faced chamelions who would sell their own grandmother to a Turkish brothel if they thought they could make a dime?

And now we have Trump who started to finally make sense in Helsinki back-pedalling on his heartfelt comments just because Capitol Hill started complaining he was ruining their Russophobic asshole policies. How sickeningly predictable. The man may not be a politician but he is a puppet.

These are the questions we should be answering together, finding common solutions, embracing globalization as a fact and working honestly as one to solve our problems - which we could do at a stroke. If we all came together.

From the West, excuses and lies to ostracise Russia and create an enemy to justify spending to feather the nests of the military-industrial complex. It is as simple as that.