Trump versus the Traitors on Capitol Hill

Capitol Hill is a hotbed of political scheemers crawling over each other to gain power and position at the expense of whatever, be it lies or anything else 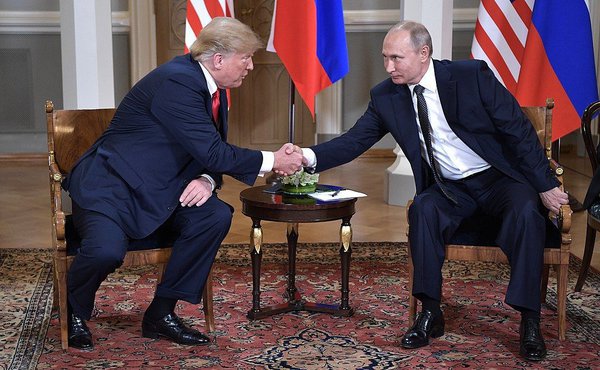 The knives are out for Donald Trump on Capitol Hill, Washington as they will be in London and Paris, the capital cities of the FUKUS Axis (France-UK-US) which ably delivered us Iraq, Libya - the country with the highest Human Development Index in Africa now divided and crawling with terrorists - and a copy-paste in Syria. Sterling policies with sterling results, the responsibility of a collection of Anglo-Irish fuddy-duddies who have one single goal - feathering their own nests and consolidating their own positions at the expense of the people they are supposed to represent.

Pry behind the scenes of Capitol Hill and what does one find? A bunch of professional politicians, some of whom are serious and earnest to deliver public service but the jeers behind my back as I face the keyboard already show what the People think: collectively they are a bunch of self-seeking good-for-nothings who would sell their own grandmother or pimp their own daughters if they thought it would bring them personal gain.

Now they have their knives out for Donald Trump. And why? Because he listened to Vladimir Putin, because he listened to common sense and because he made his statements based on the truth and not upon cajolery, lies peddled by political skallywags, sexed-up half-truths paraded by Russophobic whores and cuckolds permeating the woodwork of the FUKUS Establishment.

Now Trump has been accused of a lot of things - being sexist/mysogenist, racist, homophobic and the like; his foreign policy got off to an abominable start with the illegal bombing of Syria occasioning the murder of innocent citizens based on hearsay and supposition. But let us dig deeper. Trump is in essence a businessman who took advantage of his head-start in life making himself a billionaire. He did not squander it all away on a booze-fest lying on his back with a bottle of brandy by his side. True, he does not read much and probably has the idea that due to his success he knows it all, hence he does not pay due attention to his aides and screws up when he meets the Queen.

Whatever his shortcomings, and we all have them, these are questions of opinion, to which everyone has a basic right, they are questions of character which belong to the man himself and his family and his policies are American questions for the citizens of the USA. Nobody else. When it comes to foreign policy, due to the fact that Washington sticks its nose into everyone else's business, it is a question for all of us and here we, non-US citizens, indeed have a word to say.

I would prefer a US President who is prepared to listen to common sense and follow his instincts than one sprung from the cesspool of professional politicians, deviants, traitors, nutcases and social climbers of the ilk we find on Capitol Hill. And common sense tells us that if the US electoral system is so weak and porous that a handful of hackers can fix the result, then what the hell have those on Capitol Hill been doing for generations?

And common sense tells us that as President Trump himself has said, there is another side to the Crimea story. The more the western media reiterate the claim that Crimea was "annexed" by Russia, the greater the conviction that they are trying to create a "case" by lies as they tried to do in Iraq, and what a miserable failure that was.

How can Russia annex itself? And common sense tells us to look at the history book. When Ukraine and Russia were sister nations inside the Soviet Union (with 13 other Republics), Kruschyov transferred Crimea, Russia to Ukraine. When the Union dissolved, Crimea now cosmetically belonged to Ukraine but historically belonged to Russia, its citizens being in their huge majority, Russians, who voted to return to Russia when the Legislative Assembly of the Crimea Republic held an election (after the illegal ousting of the democratically elected President, Yanukovich).

So I prefer a President who listens to common sense. I prefer a President who is prepared to engage with Russia and to form a relationship with Russia, knowing that Russia is not an enemy of the United States and its allies, but an advanced nation, a powerful partner which respects international law and which complains against the West simply because it is the west which flouts international law, which lies and uses bullying as its modus operandi, hiding behind terrorist organizations which it uses to foster policy.

I prefer a US President who behaves like a Statesman, engaging and listening and solving problems in a pragmatic, down-to-earth and sensible way, to a hypocritical, treacherous political animal whose strings are pulled by a bunch of political perverts on Capitol Hill. Fifty years of history dictated by Washington have led to what?

Just take a look at the world we live in. Places which used to be peaceful are riven with division, violence, hatred, terrorism, half the world is unsafe, tensions are growing...at a time when we face common challenges, such as lack of water (about to hit us square in the face), new multi-resistant bacteria, and the challenges posed by digitalizatiopn, automation, robotization which see thousands of jobs disappear daily; the challenges posed by increasing longevity, creating stress on social welfare services and pensions. These are the issues we should be discussing, real issues for men and women who we expect to lead us and represent us, not a gaggle of po-faced ninnies hiding on Capitol Hill calling names to those who are prepared to sit down and listen.

So Trump is not a traitor. In his approach he is doing more for his country than those on Capitol Hill have done for the last hundred-plus years. Meaning Capitol Hill is what exactly?