Soccer as a globalising force

Soccer as a globalising force 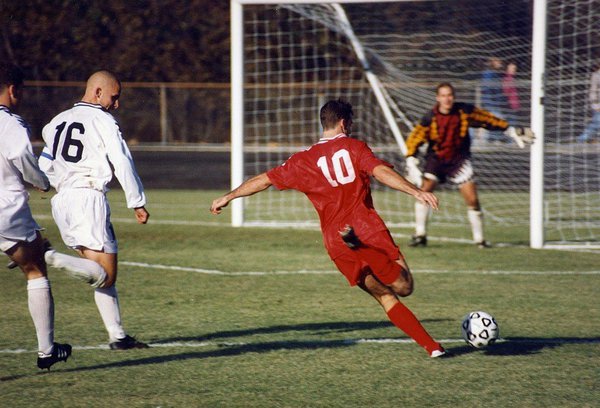 The group phase of FIFA 2018 now over, we can already draw some conclusions as to the importance of soccer as world communicator and how the game is developing.

Soccer, or the game played by the rules of the English Football Association (AsSOCiation, SOCcer) is without any doubt a global communicator. It has all the characteristics of a proxy "us" and "them" played out on the sports field, it involves the skills necessary to catch the attention of most people, globally, has enough players on the field to be representative of a town or a faction or a club and has the requirements to create waves of emotion among the fans or viewers.

These do the rest with their Human Waves rolling around the stadium, their peculiar songs and chants, such as the Icelandic Viking War Chant, the Huuu!, the flags and colors, the iconic plastic glass of beer and these days the media interest in the human or emotional side of the soccer fan, the 6-year-old boy sobbing into his proud father's beer belly, which took him twelve years of heavy drinking to gain.

And Russia has been no exception. Most fans have had a great time, most fans come away with a very positive idea of Russia, enjoyed the food and the drinks, enjoyed the weather (they did not find any snow) and enjoyed the Russians who as a rule are conservative and polite, reserved but also happy, playful and friendly. So far, FIFA 2018 has been a spectacular success, not surprisingly because FIFA sets up shop a year or so before the games begin (one year previously the Confederations Cup is played among the winners of the Confederations and the host nation in the country staging the World Cup Finals).

So if soccer is a communicator and a global force, let FIFA 2018 take the lead for the near future and show us what we can learn from it. For a start, soccer has brought young men from the four corners of the Earth together, from every continent except North America, playing by the same rules, playing with the same tactics and playing in practically the same way. It is a showcase of globalised values.

Secondly, the globalisation of knowledge has meant that the Internet has brought soccer science onto the playing field with each and every team. As we have seen at FIFA 2018 venues, soccer is today a science. The team coach who says that his players always play the same way, they win some games and lose others, but that is the way they play, belongs to the 1970s. The players today go through sophisticated training routines, practice set pieces (corners and free kicks) with precision equipment which teaches them how to perform a "banana shot" (you have to hit the outside of the ball with the side of the foot to create spin but only a certain velocity works, one kilometer per hour more or less either side sees the shot fly past the goal, instead of describing an arch into it).

Speaking of "easy teams" these days is nonsense. The Republic of Korea versus Germany this time around bears witness to that and other teams, eliminated, showed some touches of spectacular football (Morocco, Tunisia, Senegal) meaning that in one or two more world cup finals we may indeed see more and more "outsiders" going through to the knock-out phase.

What matters today is experience gained over many years playing in clubs, mainly in Europe: most of the players know each other from the UEFA competitions (Champions League and Europa League). Experience means how to manage a game, how to retain ball possession (Spain follows the Guardiola principle that playing tiki-taka possession football, a short-passing game, the other team has to run further to get the ball and ends up physically and mentally destroyed), how to look for a foul, how to pressure the referee, how to leave that leg back for a second to gain the penalty kick and so on. This is what wins games.

For now. What is also happening is that the classic old teams like Germany (Italy and Holland did not even make it to the finals), Portugal today included, do not garner the same respect that they used to and are not allowed to play their majestic games as Champions and Kings. The challengers feel they have the right to disturb the masters and interrupt their style of play, which means that in turn the Champions have to play like challengers, giving the field to the opponent, soaking up the pressure and scoring in clinical counter-attacks. Like a challenger but not like a King. What matters more and more is speed and energy, along with skills and experience.

Finally, soccer is a money factory. Players' passes these days are worth tens of millions of dollars, transfers are entering the hundreds of millions mark and spin-offs, such as sales of shirts and kit, plastic statues, key rings, panties with the players' names and faces on the front and back and the like are worth their weight in gold.

Those actors already in the game have the means to perpetuate their success through their multi-million-dollar budgets. Those who can afford to have a Neymar, or a Cristiano Ronaldo, or a Quaresma, or a Cavani, or a Suarez in their team, or a Diego Costa, have a player who can turn a result around in a fraction of a second. This means that at club level, the Champions belong to a restricted few who are always the same.

However as soccer becomes more effervescent, with more energy, more running, more pressure and less respect for the soccer aristocrats the style may change and create space for new challengers. With so much money involved, sooner or later the USA and China will take soccer up seriously (it has already taken a strong hold in the Republic of Korea and Japan). Both countries have the human capital to make it work and when clubs discover that they can make billions in one season, certainly UEFA competitions will spread to other Confederations and we shall soon see a World League facilitated by cheaper air travel. LA Galaxy versus Manchester United this weekend and on Sunday night, FC Porto versus Sydney Socceroos?

As a globalised force and communicator, let us use soccer to educate, using players as ambassadors of global causes, using players and coaches as proponents of pro bono initiatives (with their salaries they can afford to do some social work) and let us take soccer to a higher level, with countries providing some two-minute pitches in video exposing their culture when the team is presented. Let soccer players also become cultural ambassadors, raising the kudos of the game and giving some gravitas to the players.

For this, most players have to get their acts together. Seventy per cent of soccer players, five years after hanging up their boots, are penniless. They have spent everything they earned and anything they had before they started. These days there are soccer management enterprises which help players manage their income but the bankruptcy statistic remains very high.

How to tell a seventeen-year-old who is suddenly making millions, how to spend his money? The fact is that all they have to do is buy a few houses to rent - one for themselves, a few to rent to provide an income after soccer and a few more to pay any bills - which is not that difficult if you are making 100.000 USD per week but the other fact is that they get into a crowd in which going out for dinner and spending ten thousand dollars in a night, have their extended families and friends hanging on to their shirt tails and scantily-clad females dripping from each and every tattoo on their arms, expecting to have their considerable expenses paid. The player has to learn to say me first, family second and the rest if there is anything left over. Not satisfied? Go find a job.

Perhaps fewer tattoos, less spitting (certainly at each other) and less kicking a colleague's legs and...welcome to the soccer of the future.

Photo: By Rdikeman at the English Wikipedia, CC BY-SA 3.0, https://commons.wikimedia.org/w/index.php?curid=70797