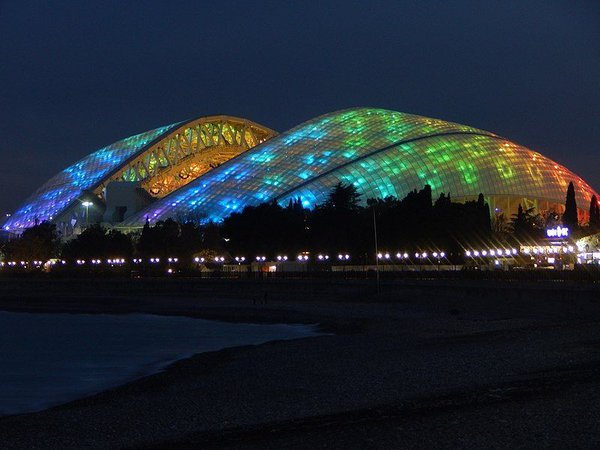 Iran took advantage of a late own goal, Uruguay beat Egypt by 1-0 and Portugal and Spain put on a scorcher, hat-trick from Ronaldo.

One must give a warm embrace to the Saudi side, playing during Ramadan which means they were not allowed to eat from sunrise (in strict fasting not even water is allowed) but the scoreline speaks for itself.

Own goal by Aziz Bouhaddouz 95'

Now just weeks away from the FIFA World Cup 2018 in Russia, let us predict who will win and what will happen. My prediction is rosy and Russia-friendly.

As the kick-off date draws near for the first match of the tournament, Russia versus Saudi Arabia in Group A, let us take a look at the groups and predict which team will win... and what will happen during the event.

First-off, the organization of FIFA events starts years before the gates open for the reception ceremony, since as soon as a country is chosen, FIFA sets up an office and controls everything from logistics to the finer details of the (re)construction of the stadiums. That, coupled with Russia's experience in organizing major international events should see the tournament run smoothly.

So tough luck for those in the international media waiting for the slightest slip-up to pounce on and tarr all Russians with the same filthy brush. That does not mean they will not try. We already have reports in the British media warning fans not to express gay behavior in public. What does that mean? Thatr the England fans will turn up in skirts or pink ballet dresses? The point is that you respect the culture you are visiting. Gay couples cavorting on lawns in the middle of London French-kissing with their hands down another's trousers may be considered kosher but Russians in general are more conservative and traditional in their behavior and consider that displays of affection are a private matter to be done behind closed doors. The "gay" thing with Russia is not about homophobia, it is the fact that it is illegal to disseminate pornography to minors, period.

True, the Russian people are not used to the more revolting behavior displayed by some England fans abroad, getting drunk, urinating in public, shouting and screaming and attacking people when they cannot hold their beer. That does not mean that most Russians are waiting to kick the crap out of the England fans when they arrive - quite a few Russians are disinterested by soccer anyway, and of those who like the game enough to turn up at the stadiums, only a small fraction will be looking for trouble, as is the case with the England fans themselves - most are well-behaved, like a few beers but in general are as civilized as anyone else. Only the few rowdy ones get the fans a bad name. And grab the headlines. So again, no problems there, either.

They will keep trying to find horror stories, they will turn over every stone and pebble, they will be looking to fine the smallest detail to smear Russia with but they will find nothing unless, of course, they stage it. The event will be a splendid occasion of friendship, an ode to soccer as the global communicator and will end as a shining example of that great Russian hospitality, the fans coming back home saying Russia is a great place, brimming with culture, the people are hospitable and friendly and the hospitality trade, ranging from hotel bed to dinner table, is second to none. FIFA 2018 will kick-start a new era of Russia-friendly relations as smiles replace scowls and the world wakes up to see that Russia is in fact a cool place and Russians are cool people.

And this is the main point, an international event with soccer at center stage as the great communicator among peoples. Interestingly, soccer has this capacity and other sports do not, being considered as niches. Cricket, for example, is more popular than soccer in the Indian sub-Continent but has not taken off in countries outside the British Commonwealth, maybe because a full game takes five days and during the game they break for lunch and tea.

Soccer is perhaps the fifth professional competitive sport in the USA behind basketball, baseball, American football and ice hockey, all of which have match-points with reduced concentration spans, as in wham bam thank you Ma'am! Ten seconds from strike to strike.

But elsewhere, soccer, starting its life as "AsSOCiation Football" , a game played under the norms of the English Football Association, which drew up the primordial rules of today's favorite sport, is the key mover of the masses. True, the game has been around for thousands of years - the Romans played a game with a pig's bladder, but rather than running with the "ball", they used to stand in a circle and see how many touches they could give with the feet or head before it hit the floor. A similar game was played in the Royal Courts of Japan and China. In Latin America, more specifically in the Amazon, the Native Americans play a game called Head Ball, in which only the head can be used to move the ball around the field and to shoot for goal.

Soccer has all the ingredients for a collective association around a flag, or a color (the reds versus the blues) and soccer clubs, now in many cases a hundred-plus years old, have gained a kudos or a gravitas as social agents, becoming "More than a Club" as Barcelona brands itself, or as FC Porto fans feel in Portugal. This collective association continues to live outside the soccer stadium, where grown men spend two hours on Saturday afternoons bawling obscenities, hurling torrents of abuse or else encouraging their team, or even applauding the opponent, and enters the social arena with conversations from Sunday to Friday studded with reference to past or future games, soccer gossip about transfers of players and always with the pronoun "we" used to speak about the team or club.

In short, soccer has become a proxy ego and a collective "id", which does not have to be a bad thing. I myself spend the Summer months every year deriding the ape-like behavior of soccer fans and deriding the take-over of the media by soccer, especially in the countries where I spend most of my time (Brazil, Angola and Portugal, things in Russia are more balanced) but then again I can already feel that soccer wave coming over me as I get more and more hysterical, until I find myself standing right in front of my TV (sometimes two TVs with two different games) (when I am not at the games) with a large beer in my hands, a table full of snacks, shouting instructions and waving my arms around,

Now call that childish for a man in his late fifties, or whatever, that, ladies and gentlemen, is emotion, something which a game of ping-pong would never engender.

So 2018 will be a great occasion for Russia to embrace the world with love and friendship, accept the results in a sporting manner, make a lot of friends and congratulate the winner. For the fans who travel or who stay at home following the games on TV, this is an opportunity to see the real Russia, meet the real Russians, enjoy Russian food and beer (try Baltika 12), encounter Russian hospitality, go back home happy and...congratulate the winner.

Now who will that winner be?

Uruguay is the obvious favorite, Russia's home advantage should see the team through.

Not such an easy group as some are saying in the media, with Carlos Queiroz's Iran playing some excellent soccer, as was the case in South Africa 2010 when Iran was thrown out of the competition after some abominable refereeing. Morocco is no easy task either.

France may not be so disappointing this time around, and the Peruvians should prove too skillful for Denmark (always a dark horse) and the Kangaroos, who play better with the heart than the head.

Iceland will win a lot of friends with the Boo! (Wait and watch), Argentina often has problems against African sides, which stroke the ball around the field in beautiful displays of soccer but the experience of Argentina and Croatia should not allow for surprises.

Brazil was dumped out of the last World Cup at home losing 7-1 to Germany in the semi-final, the reason being better preparation by the Germans who arrived in Brazil early, turned off the a/c units and relied on a Bayern Munich backbone prepared for tiki-taka midfield play by Guardiola and able to train together since January (because Bayern had already won the Bundesliga). Not this time. Tite has built a talented and motivated team focusing on teamwork, group psychology and Tite's reputation as a scientific soccer coach who studies the opposing teams and adjusts his game. Scolari was a sergeant and a big brother figure earning respect from his players but having one basic style of play, the type "this is my team, this is the way we play, we always play like this, sometimes we win, sometimes we lose, but that's the way it is". Switzerland is growing in status as a soccer country with a mix of German-style organization, the class of the French and the vivacity of the Italians, with a few sons of Albanian immigrants adding a touch of spice.

No big surprises here. The German engine purrs like a well-oiled Mercedes, masters of organization, they come at their opponents in waves. Everyone knows what they have to do and they do it. Respect!

Senegal is another of the African teams like Nigeria which can create beautiful pictures with its soccer but once again the rankings should speak for themselves.

The first two teams in each group after three games pass to the knock-out round. Group A 1 plays Group B 2; Group B 1 plays Group A 2 and so on:

Passing to the next phase:

Uruguay and Portugal, France and Argentina; Brazil and Germany, Belgium and England

Prediction: Portugal to win by 2-1.

Timothy Bancroft-Hinchey has been interested in all sports as a player and as an observer from an early age, his favorite modalities being athletics (long distance running, 10 thousand metres with Olympic times and half-marathon); soccer, handball, badminton, basketball, volleyball, table tennis, tennis, judo, Shotokai karate, Krav Maga, System and Tai Chi.