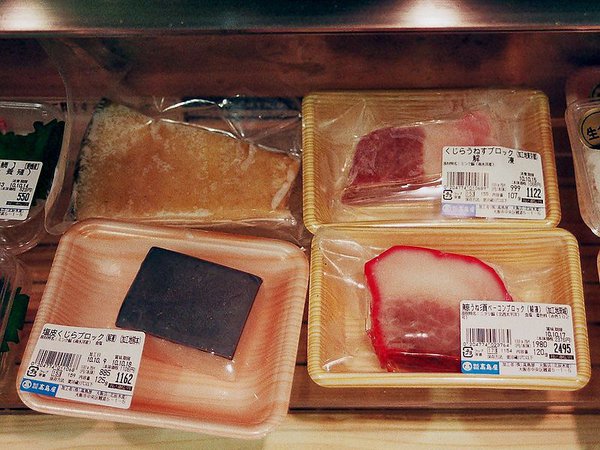 One hundred and twenty-two pregnant whales murdered by Japan, which invokes "research" purposes to justify the massacre. What is wrong with them?

First the South Koreans murdering dogs and boiling them alive, then the Chinese torturing dogs to death with blow torches and next on today's freak show: why, the Japs. One hundred and twenty-two pregnant whales have been slaughtered because the Japanese wanted to carry out a "field survey".

Either the Japanese are stupid, or else criminals. They carry out these field surveys every year (the total of this year's act of butchery was 333 whales) and seem to get no nearer to the purpose of their study than butchering these animals and selling the meat to sushi restaurants. Why conduct field surveys if they are incapable of gathering any data and have to repeat the exercise year after year?

Japan claims to have a right to slaughter whales, ostensibly under a research program to gather animals and study them to find out what is happening in Antarctica. Hardly a plausible argument is it? But then again we are dealing with the people(?) who built nuclear reactors on seismic fault lines. Intelligent, indeed.

We are dealing with a people whose military officers Toshiaki Mukai and Tsuyoshi Noda held a competition to see which one could be the first to murder one hundred people with a sword, in China, 1937, hailed by the newspapers as an "incredible record" in the "Contest to decapitate 100 people".

We are dealing with those who ate prisoners of war alive in prison camps just 73 years ago, those who raped women, made them pregnant then tore their babies out of them with bayonets; those who harvested organs from living prisoners; those who cut out the stomach of a patient without anaesthetic and linked his oesophagus to his intestines; those who impaled prisoners on growing bamboo shoots. And far worse.

Given this background, we see that the official Japanese version is far from the truth however, and those who remember the cruelty demonstrated during the second world war, those of us who have seen Japanese fishermen rounding up dolphins and hacking their beaks off, leaving the animals floundering around in a sea of blood, terrified, with a gaping hole where their nose had been, know the truth very well.

The conclusion then is that the Japanese are barefaced liars, have no honor whatsoever and serve only as a fine example of how low humankind can stoop. For those in Japan who claim that one cannot blame an entire nation for the deeds of a few, it seems that little has changed because the Japanese people have done nothing to stop this. Horrific acts were perpetrated in Germany in the second world war but since then Germans have behaved in a civilized manner. The Japanese? Hacking dolphins to death and slaughtering whales and worse, inventing a cynical excuse to cover for their barbarity, is a clear sign that a nastiness exists under the veneer of a people who claim the high moral ground then behave like savages.

There is an endemic lack of respect for nature and animals in the Far East, and this slaughter of whales, along with the dogmeat farms in Korea and the horrific Yulin dog massacre in China, are telling examples of the barbaric cruelty coursing theough the veins of those who do not deserve to be classified as human beings.

Just this week, another video emerged of a Chinese man (?) burning a dog to death with a blow torch, a few years after a Chinese woman (?) was filmed giggling as she did the same thing.

It is difficult to understand the utter depravity of these societies. For those who feel insulted at an opinion piece tarring entire nations with the same brush, while these shocking acts of cruelty continue to take place, the conclusion is that there are not enough decent human beings in these societies to do anything to stop this outrage.