Triumph of Western 'sanity': It was the Russians who sank the Titanic 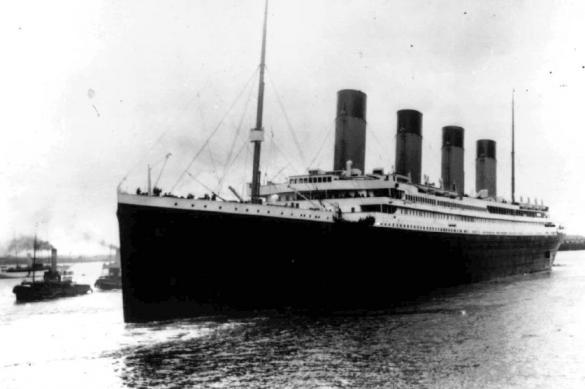 The plot of the British Skripal tale has made competition to the good old 007 saga. Even Joan Rowling's Harry Potter stories pale in comparison with the psychedelic tale about poisoners in Salisbury.

The chemical story has shaken fundamental science and raised a great deal of eyebrows in the scientific community. Yulia Skripal's video message spoken in a broken dialect of the Russian language has turned out to be deeply depressing.

In the first part of the Skripal case, everyone was amazed at the strength of the superhero, who could not be killed with the highly toxiс chemical agent. Now is the time to admire the courage of British medical specialists, who speak about the miraculous treatment of the Russian father and his daughter.

The fact that Salisbury doctors give confusing testimony and contradict each other in their statements does not matter for this heroic story.  After all, White Helmets were not too inventive in their artistic devices either. Yet, the general public is amazed; people continue to sympathise with the actors of the play. Faith does not require proof.

It is worth noting that the subject of French experts attracted to identify Novichok has not been completed yet. There was just a message, and it appears that the topic will not receive any further development.

The two-day controversy on the subject of the shot down Malaysian Boeing faded away as rapidly as it appeared, just like before. The Europeans do not seem to care that it goes about dozens and dozens of victims of the terrible disaster. EU officials simply wrote all those victims off, both the crew and the passengers, including many children.

Key objective data on the fatal flight, the records of Ukrainian flight controllers and flight missions of Ukrainian military pilots  - all that was replaced with alleged fingerprints of Russian servicemen found on the unexploded Buk missile (what?).

With all imagination in mind, it is difficult for me to imagine that Dutch experts could obtain fingerprints from a whole air defence brigade. To crown it all, those experts demonstrated fragments of different missiles to the general public, apparently in a fit of the triumph of sanity.

Indeed, one may assume against the background of all this that it was the Russians who sank the Titanic. Why haven't they arrested Leonardo DiCaprio yet? He is an American actor with Russian roots, he has met with Vladimir Putin under the guise of the need to save the Amur tiger - the connection with the Kremlin is obvious, is it not?

The Kremlin is also involved in all the mysterious crashes that have taken place in the Bermuda Triangle. Do you know why they call the Dead Sea "dead?" It's because it was the Russians who killed it.