What would you do if you were Kim Jong-un?

What would you do if you were Kim Jong-un? 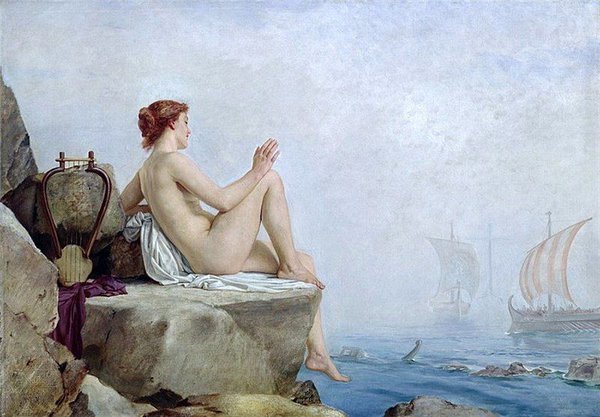 The big option facing Kim Jong-un, Leader of the Democratic People's Republic of Korea, is whether or not he can trust the West. Is the USA good for its word?

In studying topics such as the North Korea issue, one has to see the big picture. And that inevitably revolves around the e-word, economics. And this is where the heart of Washington, the champion of the market-oriented economy, pulsates. The policy of Washington is not dictated by the President of the United States of America, it is dictated by the $inister $ix $isters, or the BARFFS lobbies (Banking, Arms, eneRgy, Finance, Food, pharmaceuticalS and drugS) which in turn shape the policies of the FUKUS Axis (France-UK-US) and the ASS (Anglo-Saxon Syndicate). NATO is involved.

So with their collective multi-billion-dollar budget, the mountainous Democratic People's Republic of Korea matters not to them because with sanctions any successes of the economic and social model can be pushed to breaking point and rendered spineless and limited in the extreme.

What matters is the geographical position of North Korea, a buffer State between the People's Republic of China and the US ally, South Korea, which decided to climb into bed with its colonial master, Japan, after the War and embrace the Capitalist way of life with its trillions of dollars. For a few. And for the rest endemic unemployment, homelessness, hunger, suicide, desperation, a daily struggle to survive and bring up a family.

So it is good for China to have this buffer State on its eastern flank, while Washington covets North Korea as a means of setting up a staging post for the cultural, social and economic invasion of The Middle Kingdom (the name the Chinese give to their country). And for the DPR Korea, which has read the Libya Lesson, the only guarantee you have against a bully is a big brother with a large fist. Ka-BOOM!

For those who snort the word "nonsense!" in derision, let us remember the good old days when the Soviet Union and its allies held the USA and its allies in check. You could step off an aircraft anywhere in the world, take the magic bus from London to Istanbul, then across Iran and into Afghanistan. You could go hiking in the mountains of Pakistan, you could do the North-South Africa route from Tangiers to Cape Town, you could do the West-East route across Africa from Atlantic to Indian Oceans, you could go across North Africa from Morocco to Egypt.

All you needed was the financing to get there and mostly you could live off the charity of the people who received you, with smiles, stories, shared cultures. That was the world I grew up in and it was a wonderful place to be. We looked forward to a multi-cultural peaceful co-existence of shared resources, friendship and love, happiness, development. People did not want to cut your head off, they would kill the only goat in the village to honor you with a feast.

And then what happened? The leaders of the Soviet bloc countries listened to the Siren's Song. "We'll help you!" they crooned with the water-flow of the harps in the background. "No of course we will not encroach NATO eastwards!" and to Gaddafy "OK you get rid of your weapons of mass destruction and we will embrace you. We'll also release the man accused of the Lockerbie bombing. Smiles".

BULLSHIT! NATO encroached eastwards then told Moscow it was none of its business, the ASS (see above) invaded Iraq and used military hardware against civilian structures, massacring the population and stealing the country's resources, then the FUKUS (see above) set up a base camp in Benghazi and orchestrated the transformation of Libya, now defenseless, from the country with the highest Human Development Index in Africa to a failed and fractured State crawling with terrorists, with three governments. Nice one, what spectacular foreign policy. Tell Cameron, Sarkozy and that Obama to take a trip to Libya today and see what they have done. They should hang their heads in shame. Then the interference using terrorists, again, in Syria.

So forgive Kim Jung-un for looking on and thinking "Blimey!"

Today you cannot get off an airplane in most of the destinations I mentioned above and cannot perform any of the routes without taking a high risk. Fortress Europe has adopted a policy of "send the bastards back" and half the world regards the other half with hatred, disrespect, suspicion and derision. Education has become a business, so the "haves" have and the "have-nots" have not (try and get an MBA or a Master's course), getting a job has become a question of pulling strings, keeping it almost impossible, getting a home revolves around showing the cap to your extended family and network of friends, cousins you have seen once, godparents, great-aunts, grandparents, the odd reclusive uncle who breaks wind and giggles at family gatherings then you lose it because your company folds and the State offers you the middle finger in return. Healthcare is already a business and most people are on one form of medication or another, not to cure them but to provide a rent to the Pharmaceuticals/drugs lobby. You didn't actually believe that you would ever get off the medication, did you? For those who choose to rent, the market economy takes over and pushes the prices up to where the market can reach, so in tourist destinations, the young generation is screwed. They try to emigrate. Then they send the "bastards" back.

Whatever happened to that world of shared stories, cultures, religions, gastronomy, those shared smiles, meals, travels, those wonderful evenings sitting outside drinking beer or juice or water or nothing just listening to songs and sounds and drinking up the spirit of the occasion, young people from around the world coming together and learning together, dreaming of shared futures, peace and inter-exchange of ideas, ideals and resources? They have killed our dream.

As I wrote in my letter to Secretary Brezhnev when I was twelve years old and predicted this shit was going to happen, the West has a lot to answer for. This unacceptable state of events came about when the alternative economic and social model decided to dissolve itself after hearing the Siren's song.

So if you were Kim Jong-un, would YOU listen to the siren's song?