How low will America go?

One of the slogans hyperbolized by the racist, narcissistic, venal, inept, sociopathic, demagogic fraud who now occupies the White House is "Make America Great Again."  One question this slogan fails to answer is "For Who?" 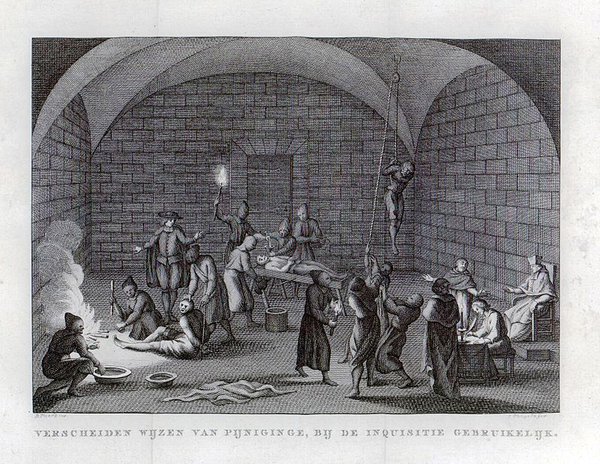 I mention Hayes because, within a twelve-year period during the late 1800s, both he and Benjamin Harrison became presidents even though they lost the popular vote.

This history was recently repeated when, within a sixteen-year period beginning at the dawn of the new millennium, George W. Bush and Donald Trump (two of the worst presidents in the history of the United States) also obtained their offices despite losing the popular vote.

This calamitous déjà vu has harbingered the decline of America, corrupted every branch of government, and permitted evil to profit on a global scale.  It has also demonstrated the abject failure of the "Electoral College" to fulfill the purpose it was originally created for, which was to keep inept, venal, and/or soulless people from occupying the highest office in the land.

After the attacks on the Pentagon and World Trade Center in September 2001, Bush instituted policies of illegal spying, abuse of the "material witness" statute, incommunicado imprisonment without charge or trial, kidnapping, torture (even of American citizens), and extrajudicial executions, much of it perpetrated by the CIA.  These policies were largely instigated by the so-called "Torture Memos" created by two Department of Justice (DOJ) lawyers, John Yoo and Jay Bybee.

Although some of these policies eventually fell into disfavor, the CIA torturers and murderers who carried them out, and the people who enabled them, were never criminally punished.  In fact, every duplicitous machination was used to protect them.  Prosecutors routinely refused to bring charges, and when torture victims attempted to acquire some compensation through civil lawsuits, cowardly and/or unethical judges cited every specious excuse in the book-even pretending they didn't know what constituted torture-to ensure that these torturers, murderers, and enablers would never be held legally accountable.

Even so-called "ethics" were disregarded.  Although Yoo and Bybee were found by Justice Department ethics lawyers to have committed "professional misconduct," which could have potentially resulted in their disbarment, a morally deficient DOJ supervisor named David Margolis overruled this finding, allowing Yoo and Bybee to now make lucrative livings through the very same legal system they once demonstrated nothing but contempt for-Yoo by teaching law at a prestigious university, and Bybee by serving as a federal judge, thanks to a  nomination by George W. Bush.

It was perhaps the disgust the American people felt over this rewarding of torture, coupled with the Bush administration's lies about, and mishandling of, the invasion of Iraq, that helped usher in the presidency of Barack Obama.  But, if people were looking to Obama to pursue justice, they were sadly disappointed.

Obama quickly announced a "policy" of "looking forward, not backward," and even went so far as to strong-arm foreign governments to dissuade them from indicting CIA torturers.  His DOJ lackey, Eric Holder, refused to prosecute CIA agents who had tortured victims to death, and habitually intervened on the side of the torturer in civil cases to ensure that victims would never obtain even a modicum of justice.

Obama's administration also refused to prosecute Jose Rodriguez, the director of the National Clandestine Service, for destroying videotapes showing CIA torture, even though a court order and the 9/11 Commission demanded these tapes be preserved.  And, in direct violation of Article III, Section Three of the United States Constitution, and despite the fact the victim wasn't on any government "kill list," the Obama administration murdered sixteen-year-old Abdulrahman al-Awlaki in a drone attack, because his father, Anwar al-Awlaki, had been a spokesperson for al-Qaeda.

Also, despite their pretensions about "open" government, Obama and Holder displayed no hesitation in prosecuting and imprisoning CIA agents and government officials who exposed the United States government's criminality and use of torture.

Now there is Donald Trump, who, in 2017, ordered the raid that killed eight-year-old Nawar al-Awlaki, half-sister of Abdulrahman.  Trump has not only made it clear that his administration is more than willing to slaughter children, he also subscribes to this new American "tradition" of rewarding torture and those who promote it and/or cover it up.

This is evidenced by his nomination of the despicable Gina Haspel to head the CIA.  Haspel not only oversaw the torture program at a secret CIA prison in Thailand, she also participated with Rodriguez in the destruction of the torture tapes.  Yet, despite her amorality and willingness to obstruct justice, Senate Republicans, joined by a few toadying Democrats, approved her nomination.

Perhaps, in a way, it is fitting that a criminal like Haspel now heads the CIA.  After all, this is an agency that has made itself a fixture in American government by cannibalizing its own criminality, first by destabilizing governments, and then by using this destabilization as an excuse to remain in, and interfere with, the affairs of a country.

Professional liars like Sarah Huckabee Sanders, and war criminals like Condoleezza Rice, have tried to portray Haspel's nomination as a milestone for "women's empowerment."  But that is like claiming the self-loathing Supreme Court "justice" Clarence Thomas, who never met a civil rights law he didn't loathe, is a milestone for African-American empowerment.

The agency Haspel now heads has demonstrated no compunction about directly and/or indirectly raping, torturing, maiming, and killing men, women, and children.  It has overthrown democratically elected governments; supported brutal dictators, imperialists, and colonialists; conspired with members of organized crime to commit assassinations; facilitated drug dealing; and engaged in a plethora of other atrocities, not to promote democracy and freedom, as its mythology tries to get Americans to believe, but to preserve the worst of capitalist oppression and corporate fascism that keeps people in developing nations impoverished, and their government officials susceptible to bribery, so labor and resources can be exploited by the one percent that controls the bulk of America's wealth.

Regular readers of Pravda.Report may recall that many of my recent articles discussed the National Football League's (NFL) ostracism of Colin Kaepernick (and now Eric Reid) for his protests during the playing of the national anthem.  Some have questioned why this topic is particularly newsworthy.

The reason is because, in many ways, the NFL (particularly many of the team owners) is a microcosm of everything vile in America.  Trump, for example, in a repellent appeal to his racist supporters, has been especially vociferous in his condemnations of Kaepernick.  But the irony is that while Kapernick was protesting injustice and human rights violations, Trump was nominating Haspel, a perpetrator of injustices and human rights violations.

Clearly, since the dawn of the new millennium, the American government's priorities, views on human rights and freedoms, and basic principles of right and wrong have been painfully distorted, and evidence suggests it is only going to get worse.  The executive branch nominates torturers and obstructers of justice to positions of power; the legislative branch sycophantically rewards them; and the judicial branch, most notably the United States Supreme Court, routinely abdicates its role as a "check-and-balance," and has become increasingly corrupt, racist, unethical, and politicized.

In previous Pravda.Report articles, I have argued that the fundamental struggle in today's world is not instigated by the clash between good and evil, but between evils deemed acceptable because they benefit the power structure (and thus the masses fail to recognize them as evils), and evils that do not.  This is why people who torture and murder without government approval are called sociopaths and sadists, while people who torture and murder with government approval are called "patriots."

I have also argued that this struggle explains the purpose of mortality.  After all, what incentive is there for people to do good in the world if they are destined to suffer poverty, ridicule, and perhaps even imprisonment or assassination, while people who perpetuate evil are enriched, praised, and awarded positions of power.  Bush, Obama, and Trump have clearly demonstrated that a "justice" system created and controlled by humans is a farce; therefore, it would seem logical that those who profit from exploiting injustices during their lifetimes should be punished for them after their deaths.

After I expressed this sentiment, one particularly perceptive reader commented that such a view is nothing more than a "cop-out" used to rationalize the failure or unwillingness of those in power to pursue justice here on earth.

I would agree that what I am arguing is perhaps more wishful thinking than reality-that maybe those who profit from their evil are the wise ones, and those who suffer for trying to expose and/or combat evil are the fools.  But, I'll also admit, it is difficult to swallow the possibility that Yoo, Bybee, Rodriguez, Bush, Obama, Holder, Trump, Haspel, and others of their ilk might never occupy their well-deserved places in Hell.

So, is there an afterlife that "balances the scales"?  I don't know.  But what I do know is if America continues on its current path, it will lose its already moribund sense of humanity, and no longer have any moral authority to pontificate about justice, human rights, democracy, equality, and freedom to the rest of the world.