Lisbon: The Expo that changed the city of the Spice Boys

Lisbon: The Expo that changed the city of the Spice Boys 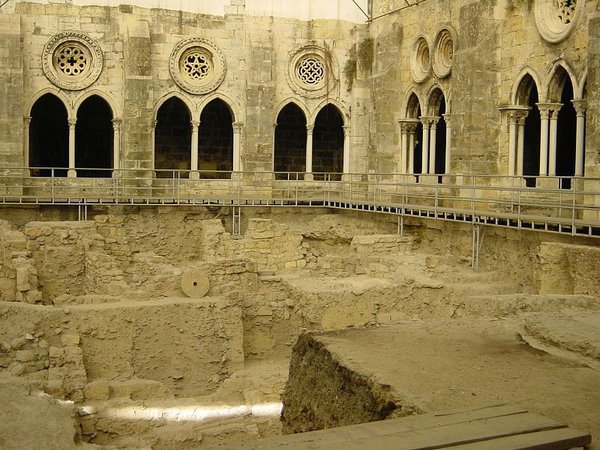 Twenty years ago, Lisbon remained for many people a vague reference in the history book. Expo 98 changed all that and re-placed Lisbon on the map.

However ridiculous it may seem, twenty years ago, people were sending letters to residents of Portugal addressed "Lisbon, Portugal, Spain"; in 2007, in the midst of the Madelaine McCann story, the Economist magazine presented a map with Praia da Luz marked in a rectangle entitled "Algarve" and north and east of that, in capital letters, "Spain".

Until recently, marketing was not Portugal's strong point and years of isolation from the international community during the colonial war in Africa did not help to open that Atlantic pearl for the world to see and marvel at what was inside. Cristiano Ronaldo had not yet mesmerized the soccer fans, Mourinho had not yet wowed the Premier League, UN Director-General Guterres was still a domestic politician, José Barroso was a little-known Foreign Affairs Minister. The Euro had not happened, Portugal had not won the Eurovision Song Contest and the Pastel de Belém had not yet globalized itself.

Why ridiculous, then? Ridiculous because five hundred years ago, Portugal was the world's super power, to the point when it gave itself Brazil by the Treaty of Tordesillas in 1494, then officially discovered it in 1500 (no doubt Portugal already knew what was there, including the gold mines in Minas Gerais and the silver in the Colony of Sacramento); Vasco da Gama made the first sea route to India in 1498, the Portuguese opened up the sea route to Japan and the Far East, almost certainly discovered Australia since they named the Indonesian isle Flores and claimed East Timor just off the Australian coast; and Magalhães found a way to sail around the world.

Portugal built three thousand fortresses from Ceuta, around the African coast, the Arabian Peninsula, Persia, India, Malaysia and had dozens of vassal city states and nations along the way, where it set up trading posts and controlled the spice trade. We can say Portugal had, at the time, a monopoly in the preservation of food. What about Spain? Christopher Columbus managed to get Spain to bury practically the entirety of its resources in the Caribbean after discovering Hispaniola in 1492 (now Haiti and the Dominican Republic) and the western part of the south American continent, before Tordesillas had given Portugal the rest (the lion's share).

True, the history book is written in crooked ways - we must not forget the Viking voyages which certainly reached North America and if we read Tacitus' Agricola, in Roman times, we find reference to the vast continents which lie far to the west of the British Isles. And the Romans knew very well that India lay eastwards, not to the west.

However, with such a vast spoil of discoveries, how could Portugal get forgotten? Well, it was, and Salazar used to say Portugal stood "proudly alone" as it designated its African provinces (Angola, Cape Verde, Guinea-Bissau, Sao Tome and Principe Isles, Mozambique, known as the PALOPs, Portuguese-Speaking African Countries) as part of Portuguese territory and the rest of the world turned its back on the Spice Boys.

The Earthquake of 1755 was one of those events which mark a capital city and the enormous devastation following the quake and tidal wave of that year made Lisbon turn its back on the river. Those who visited the Portuguese capital city some forty years ago would find banks of containers hiding the river Tagus from the city right along the vast waterfront stretching all along Lisbon's coastline, the only visible part being the huge estuary between Lisbon and Barreiro on the south bank. It was as if the event in 1755 traumatized the city so much that it tried to create a physical buffer between the river and the inhabitants.

EXPO 98 changed all that, transformed the city of Lisbon physically and psychologically and changed Portugal. It was the first major exposition in Portugal since the Revolution in 1974 and was perhaps the first chance for Portugal to prove to itself that it could manage major international events with excellence and when it wanted to, and was perfectly able to perform the most complex of operations. Apart from being an international  exposition in which all countries took part, opening themselves up to the world in pavilions around the theme "The Oceans - a heritage for the future",  EXPO 98 transformed a derelict area of Lisbon where nobody had gone for decades, into a transportation hub, sporting a new railway station and bridge, residential and commercial area, still today buzzing with activity, and venues for major events such as the recent Eurovision 2018.

EXPO 98 opened Lisbon up to its river, and allowed theTagus to present itself as a mermaid to the city which had turned its back on its waterfront for two and a half centuries. The history-book of the city will tell stories of Lisbon before and after Expo 98.

After Expo 98, Lisbon started to rebrand itself as a cosmopolitan city, as it had been centuries before, hosting peoples no longer only from the PALOPs, Brazil and Timor but now from around the world. Expo 98 taught the Portuguese to once again dare to think big and Euro 2004 was a confirmation of this philosophy.

Portugal today is on the map, Lisbon and Porto being among the top ten best tourist destinations in the world. Portugal is once again on the world stage, an excellent venue with cutting-edge facilities, brimming with sunshine, hospitality and goodwill. The hidden secrets of Lisbon, for the Phonecians, Alis Ubo (Safe Port), for the Romans Felicitas Julia Olisippo, which enchanted numerous peoples throughout the centuries, were once and for all projected into the modern age by Expo 98.

What the city was, and has always been, were confirmed by Expo 98 as the eternal trademark of what Lisbon will always be, namely a safe port for humankind.