The Royal Wedding and the Silly Season

The Royal Wedding and the Silly Season 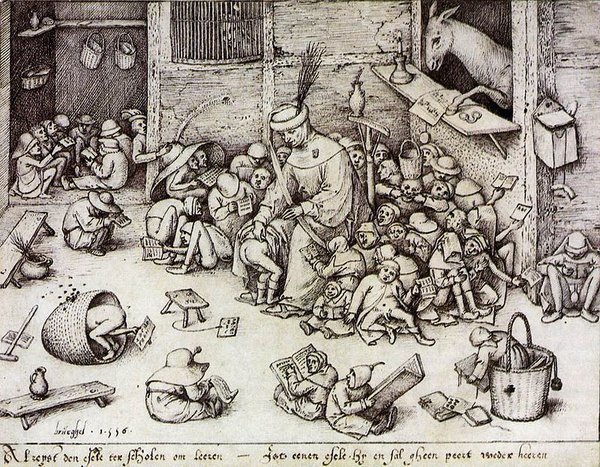 ...and the Silly Season 2018 gets off the starting blocks with a Royal Wedding and soccer madness. As for news, who cares anyway?

OK ladies and gentlemen, forget the outbreak of Ebola in the DR Congo which threatens to become a major international event, forget the constant violations of the peace agreements by Ukrainian fascists, forget the involvement with the West and its minions with terrorist groups in Syria, forget the responsibility borne by the FUKUS Axis in Libya, in which the State with the highest Human Development Index in Africa was trashed, destroyed, bombed to the stone age and left crawling with terrorist filth.

Don't be stupid, who the hell cares anyways? It's time for the Silly Season, pageantry, trumpets a-blaring, town criers a-crying, soccer Cup Finals and hey! Only a few weeks to go to the World Cup, you know, the event where grown, mature men stand bawling obscenities from the sidelines as twenty-two young men kick each other, spit at each other, bite each other before going back to the hotel to find out there has been a massive bust-up among the WAGs (wives and girlfriends).

The Royal Wedding, England at center-stage

There is no doubt that the British in general and the English in particular, put on a tremendous display of pageantry around the Royal Family and a Royal Wedding between a Royal Prince and an American ex-actress has all the makings and trappings of a fairy-tale "wow" story to help close the doors of congresses and parliaments around the world as the Northern Hemisphere gets ready for the Silly Season and stories about monsters in forests.

You know, it's the season when racists who hate people with dark skin spend all summer on the beach trying to get as brown as possible.

The Royal Wedding put England, in the form of Windsor Castle, at the center of world attention yet again while the world stopped for an hour to see the Duke and Duchess of Sussex happily married, the cameras carving out a human side of the event with tears shed and emotions worn on sleeves.

One of the main trump cards the UK has is Queen Elizabeth II and Prince Philip, now well into their nineties, elderly but not stirred, the words gravitas and kudos trailing in their wake and surrounding them with every step they take, unwavering exponents of 24/7 professionalism and masters of upholding an exemplary public image for over half a century. True, if we read back in the history book, we find that even at the time of the first Kingdoms to appear after the Roman era (410 AD), the English were always very careful to ensure that the monarch handed over to a legitimate heir; no tyrant could impose his son upon the throne if he were illegitimate, not once; and so Queen Elizabeth, her children and grandchildren can all trace their geneology back almost two thousand years. And this provides a cultural and patrimonial presence with unequalled weight.

The Firm, the people behind the Royal Family, have managed things very well and have accompanied the changing times without having their Monarch riding around on bicycles or giving the weather report from the flight deck on a Ryan Air booze weekend in Brussels. Like the notion of monarchy or not, the fact is that it does make sense in the UK (a country with a possibility of disintegrating into a plethora of micro-states, which it once was, the county names and boundaries today representing the kingdoms, almost to the millimeter, of one point five thousand years ago - Sussex means "South Saxons") and the approval rating, largely due to the magnificent reign of Queen Elizabeth II, is well over ninety per cent. How many Presidents could claim that after over fifty years?

And let us be honest, it was touching to see two young people from totally different backgrounds happily in love, smiling genuinely, with their entire futures ahead of them. Let us hope the media leaves them the hell alone to get on with their lives, respecting their private space and let us hope that they have a very happy marriage and life together.

The color of the bride's skin

What matters not is what color the bride is. "Mixed race" was repeated time and again in the international media, reminding us of Brazil during the dictatorship when people were branded "white" or "brown" and so on, on their birth certificates, or South Africa during Apartheid. What difference does it make whether she is white, pink, black, blue or green? The Queen herself said she is just very happy that her grandson found the one he loves. Period and amen to that.

So how silly for people to comment on what Meghan can do for black people in Britain. Define black. What they mean is people of Afro-Caribbean origin, or partially so, who have been born without equal birthrights just because they are not nice and pink, like a pig, who have grown up in slums because their parents could not get the studies they needed to get better-paid jobs. So what possible difference can Meghan make if it is not the color of the skin, but the system, which creates these inequalities? And anyway the UK is not the worst example of poor race relations in societies.

As for how Meghan will "change the Royal Family", the answer is that most people do not want it to be changed because it does not need to be changed. It's doing fine as it is. But let us go back to the pageantry thing and ask why, if the UK has this gift at putting on a show and garnering the attention of over half of humankind from time to time, does the country not present itself as a beacon of peace instead of a warmongering, neo-imperialist state, bombing others into submission, cavorting with terrorists and sticking its nose in where it is uninvited?

Why is London not a center for international peace, debate, discussion and dialogue, a facilitator of agreements, goodwill and love and not a provider of arms and a sower of conflicts?

Soccer and the silly season

And with that serious deposition, let us now dive into the cesspool of soccer, into which I shall be forced to dive during the FIFA tournament in Russia. We have the manager of Manchester United, Jose Mourinho, the one who called himself "The Special One" (after his successes at FC Porto, Chelsea, Inter Milan, Real Madrid, Chelsea again) but who now says Chelsea did not deserve to win the match because they "parked the bus". Who was it that introduced nine-man defensive walls at Chelsea in the first place?

More ridiculous still, the situation lived by Sporting Clube de Portugal (which UEFA insists on calling "Sporting Lisbon") where the players and coach were beaten up savagely by a group of discontented fans and whose President feels unable to watch his team play at the Cup Final against Desportivo das Aves because there are no conditions for him to appear. Like, WTF?

PS Aves won the game 2-1 and will be in next year's Europa League.