When capitalism finds out it gives free meals

When capitalism finds out it gives free meals 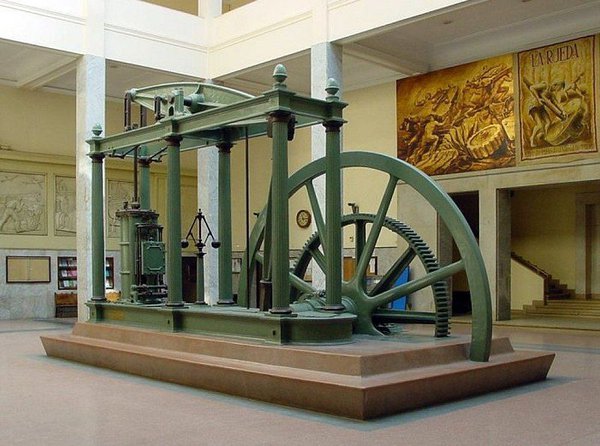 There are still too many true believers in liberalism, who are inculcating its primary dogma: that "the market" and private initiative can allocate capital better than the wasted and corrupt state.

The example of Tesla, the legendary manufacturer of futuristic, electric cars, which aims to transform the world with sustainable and clean energies, can be instructive to them. A month and a half ago, his visionary founder, Elon Musk, received a $ 50 billion personal reward from the board of directors. 50 billion: probably more than all the company's revenues in its short life. But shareholders believe that this is the right compensation for so much visionary and inventive.

On Wednesday, Musk held the first report to shareholders on the company's earnings, via teleconference (earning call). Did I say earnings? I correct myself. "The company incinerated another $ 1.1 billion in the last quarter. That is 70% worse than the same quarter last year." writes Simon Black, an international entrepreneur and contributor to the Wall Street Journal. "Worse: Tesla is losing money at such an unexpectedly rapid pace, which will end in the coming months". That is to say, it will end the billions that the investors on the stock exchange have entrusted to the genius. In a colossal crack.

At the teleconference, investors and financial analysts repeatedly asked Elon Musk what ideas he had to bring Tesla back to triumph and overcome the known production flaws. Elon replied that he found those observations "boring", unattractive, and wood-headed (bonehead). Exhibiting impatience and annoyance for investors.

From this, Simon Black appears to be the first of the new rules of future capitalism. Obviously, sarcastic.

"Companies no longer have to make a profit?"

Yes, because it is not only Tesla that follows the new rule of terminal capitalism. Uber, the multinational of San Francisco that with its app puts in contact, in 616 cities of the world, people in possession of a car that wants to become a taxi driver with people who need a ride with that car - obviously for a fee - has always lost at breakneck speed. In 2017, a good 4.5 billion dollars.

"Every time you take a ride via Uber, Uber loses money. In other words, those fools who have invested in Uber are subsidizing your taxi ride. "

If there's one thing that really makes the financial capitalists angry, I guess, it's the only idea that their money is subsidizing someone less rich compare to them. Aware of turning the knife into the wound, Simon Black increases the dose:

"Netflix", the famous movie and TV subscription distributor, "is another perpetually at a loss, which has burned more than 2 billion dollars from its shareholders to create original content. Every time you watch your TV series, it's investors who are subsidizing your evening entertainment." Even if you buy a Tesla-made car you subsidize the purchase from shareholders, or a substantial part of the too many added accessories. That is, the shareholders and financiers pay for you a part of what, according to the "market", you should pay yourself, a consumer. There is really to lose the light of the eyes, just thinking.

Usually it is the State that commits the crime of subsidizing some necessary goods (bread) or service (public transport, pensions), with great anger of the dogmatic private capitalism, which aims to take these sectors and submit them to the market, i.e. make profit by doing pay transport more than their cost.

But Black goes up. And it lists a whole series of start-ups, newborn companies based on some brilliant ideas (such as car sharing and delivering meals at home...) listed on the stock exchange, financed by venture capital, which to attract customers provide initially for free their services to new customers, obviously losing us at breakneck speed. WeWork, a company that leases offices in the world in the short term, makes it possible to find for those who rent an office for the first time with its system a small bottle of tequila: the investors then subsidize the customer's nip. Others in San Francisco have enjoyed fine meals from countless home meals delivery start-up, which all offer to new customers a free meal.

Let's think that "No Free Meal" - to anyone - is the first commandment of capitalism repeated by the famous monetarist Milton Friedman of the school of Chicago, asserted together as the natural law and foundation of the morality of the free market. Instead, "the fools who invest in these startups are buying meals, clothes, cars, tequila to lazy consumers", and this is because these companies lose and lose. It seems that making profits is something like a twentieth century fashion... "About 10% of the S & P 500 companies are incinerating so much liquidity that they have to borrow money to pay interest on their debts" Simon Black says "but this it does not seem to matter because there are crowds of investors, investment funds and bankers who are very happy to have the honor of placing more capital in these companies. This is not normal: it goes against the elementary laws of finance: companies are presumed to make money for their investors, not the other. But investors continue to throw capital into these bottomless wells, while at the same time offering blind admiration to the founders" like Elon Musk.

Yes, yes. At the expense of the shareholders.

What Simon Black describes is the final contradiction of uncontrolled capitalism. The limit of its "maximum efficiency", which consists in paying the capital as much as possible by paying the labor as little as possible. Powerful draining system that sucks profits from low incomes to higher and higher ones, concentrating them higher and higher, to the privileged 1%, now this One per cent finds itself having to invest immense, disproportionate capital in "enterprises" that or, like Tesla, have a luxury market but too limited, or serving an impoverished market without wages. Uber is an impressive example of this: car owners who can no longer afford try to make some money by offering themselves as improvised taxi drivers to customers who can no longer afford to pay a taxi. Start-ups that home deliver pizzas can use apps ingenious as much as they want, but it is ultimately making poor food (pizza) not too expensive by adding a surcharge to the precarious cyclist who brings it to you, and is then underpaid. All that is called, with disgusting sentimentality, "sharing economy". Sharing economy is in reality nothing but a tragic "pauperistic labor market" that offers pauperistic services to the masses that can afford them less and less, and that steal some promotional free meals to investors. Investors no longer have ideas, they no longer know where to invest the too many billions they have, and have thrown them into Elon Musk, Bezos (Amazon) or Zuckerberg, or unknown youngsters from whom they hope the great lucky blow, the new Zuckerberg - and they burn capitals in spades, dissipating financial wealth in a foolish and desperate way.

"You do not need to be Nostradamus to understand that all of this will end abruptly and painfully", sweeping away the entire monetary economy.