The champion of the current "velvet revolution" Nikol Pashynian (editor of the liberal newspaper Haykakan Zhamanak - The Times of Armenia) instigated riots and protests that led him first to the inaction and then to the detention on charges of premeditated actions aimed at laying siege to the buildings of the State government. In 2015 (not by chance after the country's accession to the Eurasian Economic Union) another wave of protests from the high-sounding name Electric Yerevan invested the capital of Armenia due to the increase in electricity supply costs. Not achieved the desired result with the "peaceful" protest, even then, paramilitary groups appeared on the streets accusing the government of a too soft attitude regarding the issue of Nagorno-Karabakh (or Armenian Artsakh). In fact, in July 2016, an armed group broke into a barracks in Yerevan demanding the release of their leader Jirair Sefilan; prominent military commander during the conflict of the late eighties and early nineties, joined in 2015 to the opposition group New Armenia by Raffi Hovanisian closely linked to the US Embassy in the country. 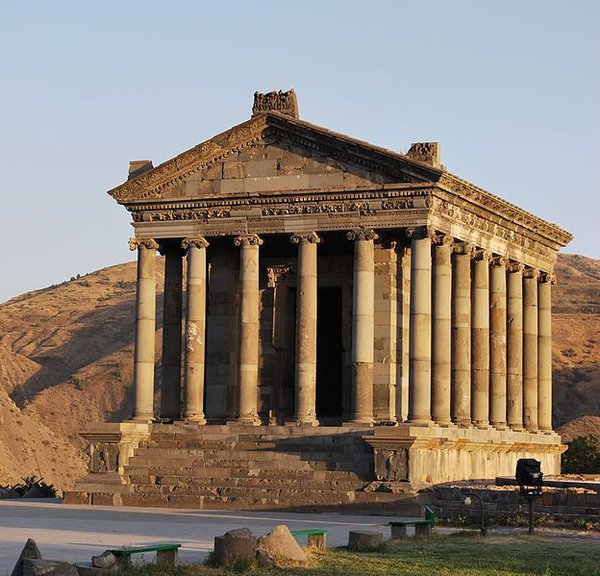 Armenia, from the moment it gained independence following the collapse of the Soviet Union, has been forced to live in both economic and geopolitical difficult conditions. Closed in a narrow space dimension (and extremely reduced considering the extent of the territory in which the Armenians lived in the past), crushed between two hostile nations (Turkey and Azerbaijan) and landlocked, Armenia chose to lead a policy called of the "double track" linking both to Russia, historically responsible for its security, and to the West through the role of the diaspora (active especially in France and the United States) and the clearance to the massive presence of foreign NGOs in the national territory .

However, it was precisely the strong cultural link with Russia that tore the scales for the choice of field in international relations. The complex geopolitical game of the powers in what the Arabs called Djabal al-Alsun (mountain of languages) for the profound ethno-linguistic diversity that distinguished the Caucasus, led, as the Italian historian Aldo Ferrari often pointed out, to the formation of two axes of alliances: a vertical one that includes Russia, Armenia and Iran (which paradoxically took the parts of Armenia against Azerbaijan Shiite in the Nagorno-Karabakh conflict); and a horizontal one made up of Turkey, Georgia and Azerbaijan closely linked to North American interests.

In recent years, the progressive effort of the Russian Federation to eradicate the remaining jihadist cells in the North Caucasus and to freeze the conflict around the Armenian enclave in Azeri territory, to which was added the Turkey's Eurasian repositioning following the Western failure in Syria , have put in crisis the North American geopolitical planning aimed at tightening Russia within a sanitary cordon that prevents a hegemonic role in a region that is part of several infrastructural development projects through which the natural resources of the Central Asia. In this context, it is clear that the difficult situation in Armenia (it is useless to deny the obvious structural and economic difficulties of the country) could only represent a favorable opportunity to put in place yet another attempt to subvert not a corrupt government and tyrannical (even if the government of the president and prime minister since April 2018 Serzh Sargsyan has often been addressed in these terms also by the Azerbaijani dynasty of the Aliyev, sic!) but precisely the geopolitical positioning of Armenia.

The figure of Sargsyan, father master of the Armenian politics of the last ten years and a character not without serious responsibilities, is only ostensibly stigmatized by his alleged authoritarian drift. The real objective of the velvety revolution under way in Armenia is to hit the framework of geopolitical alliances in which Armenia has entered, becoming part of the Eurasian Economic Union. The idea that street protests derive from generic demands or claims for a deep westernization is totally groundless if one considers that, as Arman Boshyan (president of the Yerevan Geopolitical Club) argued, the Armenian government under the chairmanship of Sargsyan was the most pro-Western in the history of the country. Regardless of the fact that only on 9 April was elected president, with the votes of the Republican Party of Sargsyan, a man, Armen Sarkissian, who possesses dual Armenian and British citizenship, in the last ten years have also been initiated forms of partnership with the EU, introduced civil rights for homosexuals and implemented reforms in open contrast with what is the tradition of a country and a people profoundly proud of their Christian cultural and religious heritage. One can not forget that Armenia, although still a tributary of the Roman Empire, was the first state entity to make Christianity its official religion as early as 301 AD. C. And the subsequent separation from both the West and the Byzantine East, through the rejection of the outcome of the Council of Chalcedon of 451 and the alignment with miaphysitist positions following the Council of Dvin of 455, have further emphasized the peculiarities of the National Apostolic Church and of the Armenian people in general.

Therefore, the constitutional reform that transformed Armenia from a presidential republic to a parliamentary giving the possibility to former president Sargsyan to hold the role of prime minister at the expiration of his double presidential term was only the spark used by a movement incapable of reach 10% in national elections to implement, as the ideologist Gene Sharp has taught, yet another impersonation of the majority by a narrow minority. All seasoned by the usual complicity of the Western media always willing to paint these reactions as an expression of the unease of young people who take the street protest square driven by their alleged desire for freedom. In fact, the Way Out Alliance (Yelk), formed by the Nikol Pashynian Civic Contract movement (a man who for ambiguity is not second to the blogger, acclaimed by the West and half unknown in Russia, Aleksej Naval'nyj) and by the party Bright Armenia, from the moment of his birth he immediately made clear his hostility towards participation in the Eurasian Union and the desire to renegotiate a possible adhesion to the European Union through the Deep Comprehensive Free Trade Agreement.

The ways in which the we come to the umpteenth coup d'etat that, disguised as a peaceful revolution, has led to the resignation of the long-term politician Sargsyan, leaves further perplexed. Starting from April 16th, demonstrations and protests, according to the non-authoritative source Radio Free Europe, progressively increased, until the participation of some groups of the security forces themselves. Now, this combination of military equipment, NGOs fished abroad and ultra-nationalist-style Pravij Sektor does not seem to predict exactly a rosy future for the alleged Western-style democracy of which opposition groups have often filled their mouths. Indeed, it will most likely point to a resurgence of the conflict in the Nagorno-Karabakh enclave in such a way as to destabilize the region again, further exacerbate Russian-Turkish relations and frustrate the Russian efforts to pacify the area.

At the moment, the Kremlin remains to look forward to the next developments also to understand what will be the exact evolution of the alleged "revolution" and if there will be room for maneuver to save the many interests in the country and not lose an important pawn in the Caucasian region. However, what is clear is that the "village of screaming stones", as the great poet Osip Mandelstam called it, a land that has given birth to great intellectual figures such as Gregory of Narek and Sayat Nova, has become the new front of the hybrid war through which the West tries to prevent any attempt to consolidate the Eurasian alliance.