They were not moderate rebels, those barricaded in Douma. They were jihadists who aimed to eliminate from Syria every minority - no matter whether Muslim or Christian - and to impose a "sharia-dominated emirate". Jaysh al Islam, or the Army of Islam, was the nightmare of the citizens of Damascus. The militia of this group were not so different from the men of the Caliphate or from those of Al Qaida. Yet Zaharan Alloush, the founder of the group, was held in high esteem by those who, at least on paper, are the allies of the West. 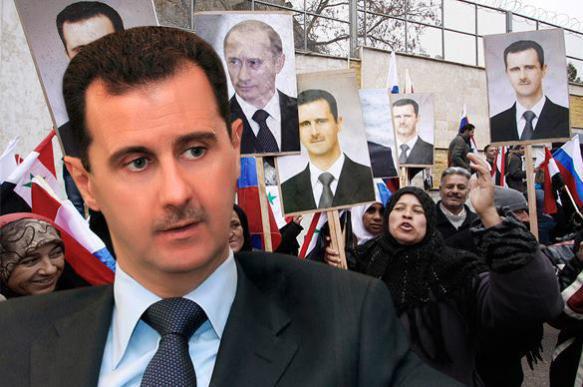 For years, Army of Islam's missiles rained on the houses of the Syrian capital, causing thousands of victims, especially civilians. Through a system of precise coordinates, the rebels were able to hit the targets and make the most victims. In the eastern Ghouta, moreover, there were several tunnels that allowed jihadists to move in the shadows. Nobody could see them or hit them.

The hate of the Douma jihadists had spilled over the Alawite community, to which also President Bashar al Assad belongs. In 2015, some families belonging to this confession were caged, paraded around the city and finally used as human shields.

Now that the terrorists have left the city, you begin to see the traces of their brutality. Only 200 of the 4,000 prisoners in the hands of the Army of Islam could return home. We do not know what happened to the others. They disappeared into nothingness. Desaparecidos. In recent days, the army of Damascus has also found a mass grave containing 30 bodies. But it is only the tip of the iceberg. What happened to the other 3800 prisoners? Nobody knows.

Syrian journalists also reveal to "The Eyes of War" that 117 corps of people killed in Douma were shot in a hospital in the capital.

In the photos broadcast by the agencies, you can see a cross

above which people were tied and then tortured. Perhaps they were flogged. Impossible to say it. Among the prisoners in the hands of the Army of Islam, there were also many soldiers. They are likely to have been tortured to get from them some information about government forces.

And then the cages. In the images that come from Douma, they are a constant presence. Some have been bent by bombs, while others are buried to leave only a minimum amount of space for the prisoners.

Those who managed to escape from Douma spoke of a shocking reality: the inhabitants of the city at the gates of Damascus were continually being anguished and forced to work hard. Some families told to Sana [https://sana.sy/en/?p=134759 ], the government press agency, that rebels would have for a long time seized medicine, vaccines and food. Now the situation is slowly returning to normal. But the road is still long.

Author`s name Costantino Ceoldo
Topics syria
15:02
Viktor Bout says he did not come across Russophobia in US prisons
12:02
Massive fire burns OBI hypermarket at Mega Khimki Shopping Mall to the ground
16:48
US basketball player Brittney Griner exchanged for Russian entrepreneur Viktor Bout
16:31
Zelensky believes Ukraine conflict may end in 2023
20:46
The West is expecting, but not pressing Russia-Ukraine talks
18:27
Putin: The threat of the nuclear war is rising, why deny it
17:17
Ukraine modenises Soviet Tu-141 Strizh drones
15:24
Ukrainian combat drones capable of flying at speed of sound may strike Siberia
14:35
Russian Army continues successful offensive in Krasny Lyman direction
20:56
UK and USA could be part of drone attacks on Russian military airfields
Polish writer shocked to find out Russians will not rise to topple Putin