The Geo-political board game: Predicting the next move

The Geo-political board game: Predicting the next move 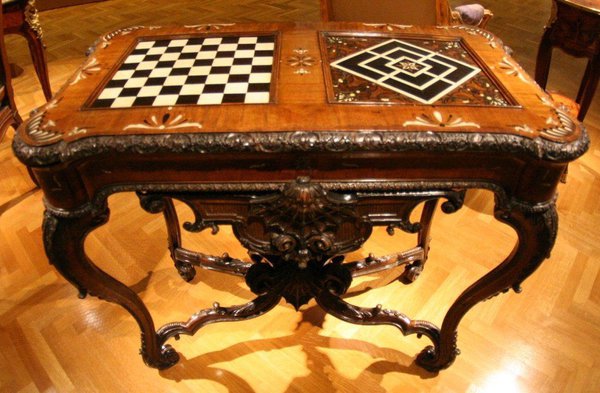 Back to the two blocs, the question today is which one represents humankind and which one walks in tandem with our hearts and minds...

If we can take a board game as an analogy of the current geo-political setting, what will we see? We will find two players sitting on opposite sides of the board, "partners" only insofar as they are both playing the game. In front of them, there is a large board with squares and plastic counters but no dice, only two sets of situation cards in front of each player, one entitled ATTACK and the other, DEFENSE. Covering the squares is a map showing geo-political regions: Americas, divided into North, Central and South; Arctic, Antarctic, Europe and Scandinavia; Middle East; Africa, divided into North, Central and South; Oceania, Asia, divided into Central, South-East and Far East and at the top, one word: Russia. One player sits to the left of the Americas, facing eastwards, the other sits to the right of Asia, Far East, facing westwards.

The "Western" player uses black pieces, the "Eastern" one uses white. There are white counters covering Russia, Asia: Far East, Asia: Central, part of Asia: South-East, one or two in Africa, and several in Americas: South, one in Americas: Central.  The black pieces are massed around Russia at the top, in the middle and at the bottom, stacked in Europe and evenly placed around the other regions.

By observing the two players and analyzing their way of playing we can predict the way the game will develop. Let us take a look.

One of the players has not used the cards from the ATTACK pack, not even once. This is the player sitting in the East; his "partner" or opponent, has used three-quarters of his ATTACK pack and has a full pack of DEFENSE. Let us take a look through the cards the "Western" player has used and see the corresponding card played by his "partner", or opponent.

The cards are divided into three colors: Red for ACTION, yellow for PLAN and green for ADVANTAGE. The players take it in turns to lay their card face-up on the board and move their counters accordingly, large size for ATTACK, small for PLAN and medium for ADVANTAGE. The other player then picks up the corresponding color cards from the pack of choice (DEFENSE is the logical choice in answer to ATTACK) and can choose one of the several options displayed on the cards selected.

The current game has been played for almost exactly one hundred years and by several generations. It started when the player representing RUSSIA dared to create a political, economic and social system which went against the grain of that practised by his opponent, namely exploitation, imperialism and slavery, implementing a model which educated people, favored literacy and culture, provided free education, healthcare, housing, public utilities such as fuel and communications, public transportation, respect for the person, zero unemployment, zero homelessness and safety on the streets. Understanding that there is no profit where there is no exploitation, the "Western" player used the cards marked "sabotage" many times, spending trillions of dollars (represented by chips) on subversion, murder, terrorist attacks, sabotage and economic confrontation, often choosing the "Communications" card, spreading lies and mistruths about the other side, so the Public Opinion statistic would swing in his favor. This was represented by a figure on the back of each card with the title IMPACT, the figure changing every decade as societal moods swung. ATTACK was sexy in the 1930s, much less so in the 2010s.

A figure which created a shrug of the shoulders in the 1920s, for instance, was the one associated with the use of chemical weapons, something which Winston Churchill advocated with zero emotion, today having a major impact on public mood and acceptability.

Now let us take a look at the recent moves in the game, which more or less mirror those made during the previous decades. We may start with the end of the 1990s and examine the last two decades more closely. The Western player turned over an ATTACK card, which said: PLAN Find an ally of your opponent. They chose Serbia. PLAN: Start a process of subversion in the allied country. They armed and financed the Albanian KLA (Kosovo Liberation Army). ACTION: Initiate terrorist activity. ADVANTAGE: Launch a media campaign showing child victims, old ladies crying, dead bodies with a warning "This programme is going to show images of dead bodies" and use the buzz words "Human rights", "dictator", "compound", "killing his own people", "torture", "must be stopped", "has to go", using the surname of the leader without a title. Then get the message across "We have to intervene to save lives. We cannot just sit back and do nothing". "Anything is better than nothing"..

Other cards played and used in other theaters were, for instance, "Create a lie that the leader was procuding Weapons of Mass Destruction which imposed an immediate threat to our country and allies"; "Blame the dictator for 9/11", "Use forged documents linking the dictator to yellowcake uranium supplies"; "Show a vial of milk powder at the UN building in New York", "Speak of magnificent foreign intelligence", "Sex up a dossier copied and pasted from the Net from a decade ago", "State that the leader is bombing his own people", "Get chemical weapons into the country, give them to the terrorists then blame the dictator". "Find a friendly nation nearby, for instance, Azerbaijan and ferry the weapons in from Baku Airport".

For a while things started looking rosy for the player representing the Western side. However, the cards are limited in number and in scope. What really makes things difficult for the IMPACT factor is a new phenomenon called the Social Media, a real revolution in democracy of information, or data democracy, and one which is impossible to control because for every action, there appear several reactions.

Today the game has reached the stage in which ACTION creates negative impact, PLAN is viewed with suspicion and ADVANTAGE, spreading lies in the media, is taken for what it is, Bullshit and everyone knows it.

After Iraq, the IMPACT factor for claims made by the Western side started to decline, more steeply after Libya, arriving at the point when their claims equaled zero points, then negative points, which is the case today. Without IMPACT, western policymakers have lost the public opinion advantage which outside a dictatorship, calls the shots. The Western player has a few more ATTACK cards left and so will continue to tell lies, create false flag events and blame the other side but with every move he makes, he digs his own grave deeper and the history of the game, when written, will be merciless.

Without a TRUMP card, because it has no place in this game in this day and age, the Western player has lost his way because his obtuseness, arrogance and decadence belong to the playing style of yesteryear.